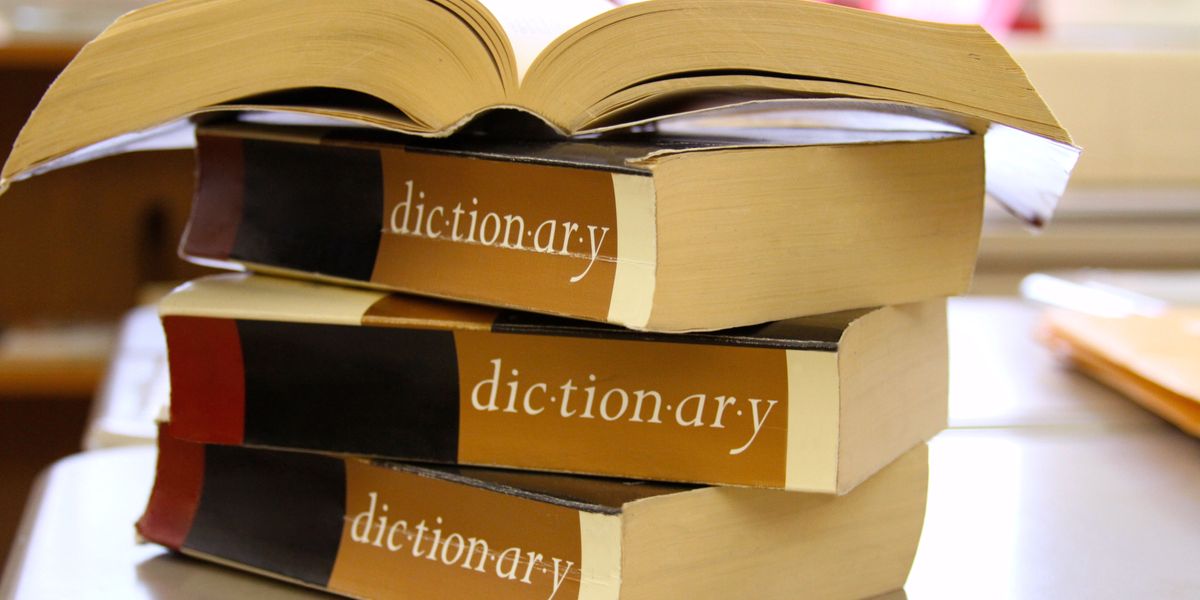 Iconic dictionary publisher Merriam-Webster is taken as gospel. And so it's a big deal that they are updating and broadening their definition of racism.

In Merriam-Webster's most recent dictionary edition, racism is defined as follows: "a belief that race is the primary determinant of human traits and capacities and that racial differences produce an inherent superiority of a particular race."

But when recent Drake University graduate and Florrisant, Missouri resident Kennedy Mitchum read their definition, she believed it was too surface level, lacked vital context and could be expanded upon more. Recognizing the importance of Merriam-Webster's imprimatur, Mitchum understood that their current definition could be used as cover for reverse racism claims or other ways to invalidate anti-racist arguments. A more comprehensive definition, in contrast, would not only better reflect the institutional realities but could also support anti-racists challenging systemic racism across the nation in the wake of George Floyd's murder.

So, Mitchum sent the dictionary publisher an email requesting that the definition be updated. In an interview with St. Louis's KMOV4, Mitchum explained her motivation for reaching out: "A couple of weeks ago, I said this is the last argument I'm going to have about this," she said. "I know what racism is, I've experienced it time and time and time again in a lot of different ways, so enough is enough. So, I emailed them about how I felt about it, saying this needs to change."

With thousands of protesters demanding justice for Black lives taken by police brutality, Mitchum, who recently graduated with a degree in politics, law and society thought this update would be crucial for everyone educating themselves on racism and its age-old American history. "With everything going on, I think it's important everyone is on the same page," she said.

Mitchum didn't expect to hear back from Merriam-Webster, but still sent the message, hoping context specifically highlighting insurmountable and systemic oppression would be included in the definition, rather than "dislike directed at another group of people":

"I basically told them they need to include that there is systematic oppression on people. It's not just 'I don't like someone,' it's a system of oppression for a certain group of people," Mitchum said.

Merriam-Webster editor Alex Chambers responded to Mitchum, and after an exchange of emails, agreed to work towards updating the term to reflect systemic racism specifically. Chambers explained how failing to mention systemic oppression does not maintain the dictionary's goal of objectivity, but rather, leans toward a particular outlook, one that could be used to promote arguments like reverse racism.

In a screenshot of an email tweeted by Drake University, Chambers wrote,

"While our focus will always be on faithfully reflecting the real-world usage of a word, not on promoting any particular viewpoint, we have concluded that omitting any mention of the systemic aspects of racism promotes a certain viewpoint in itself."

Chambers also wrote that a revision to the entry for racism is currently being drafted by the publisher's editorial staff:

"This revision would not have been made without your persistence in contacting us about this problem," Chambers continued in the email to Mitchum. "We sincerely thank you for repeatedly writing in and apologize for the harm and offense we have caused in failing to address the issue sooner. I will see to it that the entry for racism is given the attention it sorely needs."

Alumna Kennedy Mitchum knew there was more to racism than what appeared in @MerriamWebster's dictionary. “It’s not… https://t.co/MMaF6Z7V6L
— Drake University (@Drake University)1591715665.0

Peter Sokolowski, Merriam-Webster's editorial manager, also confirmed to the AFP that the definition will be updated. "This is the kind of continuous revision that is part of the work of keeping the dictionary up to date, based on rigorous criteria and research we employ in order to describe the language as it is actually used," Sokolowski said.

The most recent dictionary edition provides three definitions of racism. Sokolowski said that the second definition touches on Mitchum's point but that "we will make that even more clear in our next release."

The current version of the second definition of racism is defined as "a doctrine or political program based on the assumption of racism and designed to execute its principles," and "a political or social system founded on racism."

Related | 'Cops' Has Been Canceled

Underneath the website's current definition of racism, there is a paragraph titled, "The History and Dictionary Meaning of Racism." It reads: "Racism appears to be a word of recent origin, with no citations currently known that would suggest the word was in use prior to the early 20th century. But the fact that the word is fairly new does not prove that the concept of racism did not exist in the distant past."

It closes by writing, "When discussing concepts like racism, therefore, it is prudent to recognize that quoting from a dictionary is unlikely to either mollify or persuade the person with whom one is arguing."

In upcoming editions of Merriam-Webster dictionaries, we can thankfully look forward to more elaborate definitions, reflective of oppression that millions continue to face worldwide.