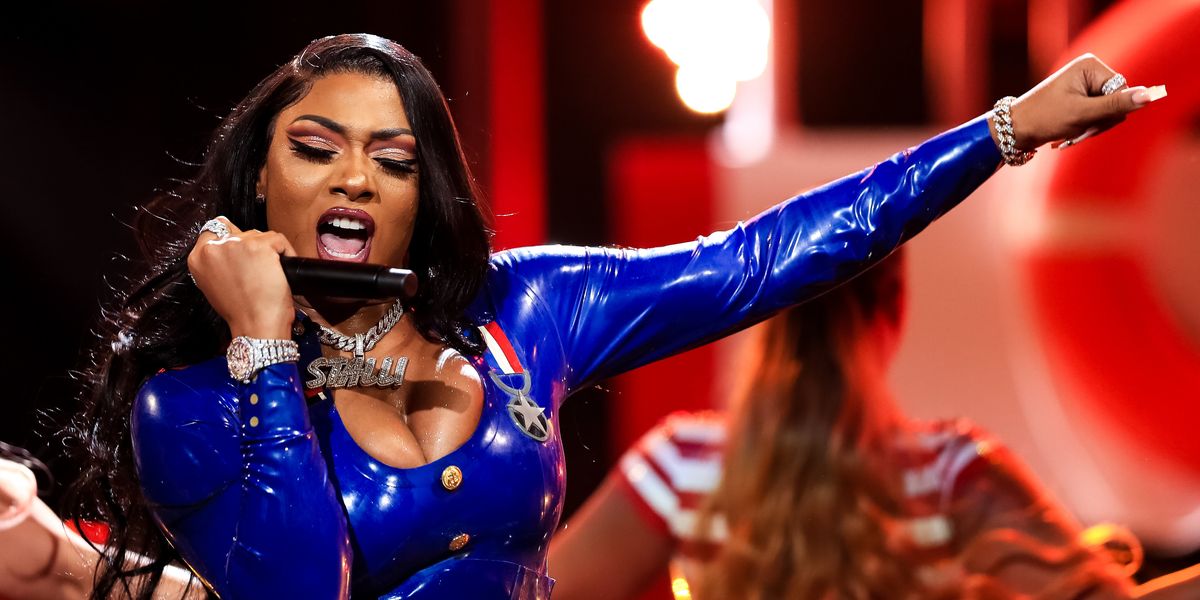 Move over, Blumhouse, because Megan Thee Stallion is officially on her way to becoming Hollywood's next big horror movie superstar.

The multitalented rapper and meme queen is adding yet another line to her illustrious resume, as she revealed to Vogue that she's in the process of writing her debut horror film.

In a new video for the publication, Megan talked about her love of horror and all-time favorite scary flick — aka Sam Raimi's 1981 classic, The Evil Dead.

"I like movies that make you semi-fall in love with the villain, so you have sympathy for him," Megan said, making it obvious that she also would make an excellent film critic. "I feel like every good story you can't just necessarily kill off the villain. That's why the Batman never killed Joker. How the fuck would you have Batman with no Joker?"

Not only that, but Megan also gave her two cents on Tom Six's polarizing 2009 film, The Human Centipede — though her initial reaction (obviously) was to scream.

"I appreciate whoever made that movie," she finally said, albeit after agreeing with her friend that it was "nasty." "We needed that for the culture."

Watch the video in full, below.

That said, no word yet on what the premise of her film is, but knowing her,