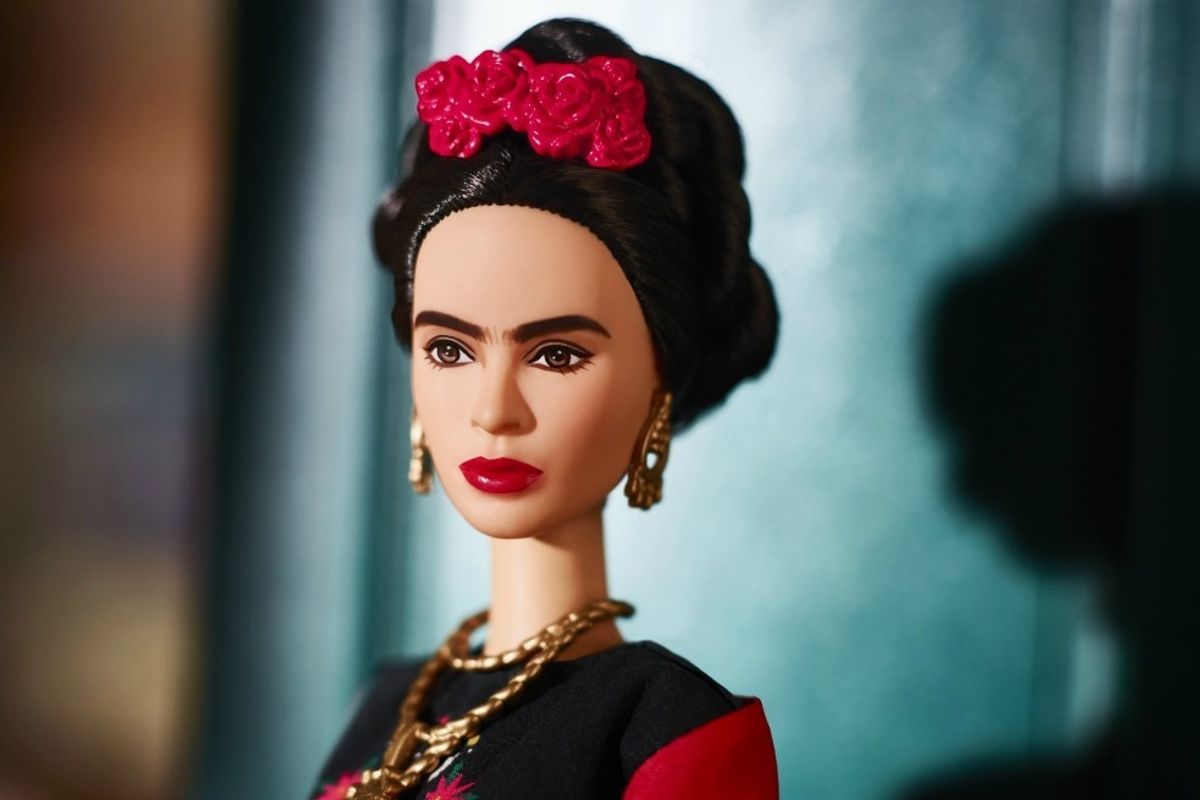 Mattel Made a Frida Kahlo Barbie Without Permission from Her Estate

Mattel is being criticized for creating a Barbie doll under the likeness of Mexican artist Frida Kahlo, reports ABC. Kahlo's estate-managed Twitter account posted the following letter alleging that Mattel "does not have the proper authorization to use the image of Frida Kahlo." The letter also states that a descended relative of Kahlo, Mara de Anda Romeo, is the "sole owner" of Kahlo's image and likeness. Romeo is Kahlo's great-grand-niece.

Romeo also told the Associated Press through an attorney that "we will talk to [Mattel] about regularizing this situation, and by regularizing I mean talking about the appearance of the doll, its characteristics, the history the doll should have to match what the artist really was."

In a statement, Mattel responded that "the Frida Kahlo Corporation actively participated in the process of designing the doll, Mattel has its permission and a legal contract that grants it the rights to make a doll of the great Frida Kahlo."

Related | Salma Hayek: How Could They Turn Frida Kahlo Into a Barbie?

Social media users have criticized the Kahlo Barbie doll for depicting her as able-bodied; Kahlo suffered from childhood polio, and was involved in a car accident at 18 that left her with debilitating back pain for the rest of her life. She often used a wheelchair or crutches for mobility. The doll also edits Kahlo's notable facial hair on her upper lip and signature unibrow, which Kahlo used as motifs in her self-portrait paintings.

Making a Frida Kahlo Barbie without the unibrow is like making a Tom of Finland Ken without the bulges.
— Steven Blum (@stevenblum) March 9, 2018

I can be grateful for Barbie's new line of historical dolls & inclusion of Frida Kahlo in it, while also being upset & calling attention to this amazing woman with lifelong disabilities being depicted as fully abled.

If I'm ever famous, don't erase my disability from my story! pic.twitter.com/Y8TMTBMRi4
— Shannon Dingle (@ShannonDingle) March 8, 2018

It's great that a Frida Kahlo Barbie exists, but it would've been greater had the physical feature that subverted (and still subverts) gendered western beauty standards not been minimized: https://t.co/aqzMlsoLHq
— Sam H. Escobar 👻 (@myhairisblue) March 7, 2018

Some also questioned whether Kahlo, an avowed Communist, would have allowed her likeness to be used on a commercial object.

FRIDA KAHLO DOES NOT WANT TO BE A BARBIE DOLL.

SHE JOINED THE MEXICAN COMMUNIST PARTY AND SUPPORTED INDIGENOUS AND CULTURAL MINORITY MOVEMENTS ..

can you get a more captilist anti feminist symbol than the Barbie doll?
— Joanna Pickering (@joannapickering) March 8, 2018

frida kahlo : i hate capitalism, a lot of things about usa etc
society since she died : whaf if we made her image and her beliefs become products
society in 2018 : a frida kahlo Barbie !! such a good idea
— le tour de ma flemme en 365 jours (@patroclerotique) March 7, 2018

Earlier this week, the toy company announced the Kahlo doll as part of its Inspiring Women series, to coincide with International Women's Day. The release includes 16 other dolls based on notable successful women, such as director Patty Jenkins and Olympic gold medalist Chloe Kim. Mattel did not provide a release date for the dolls.