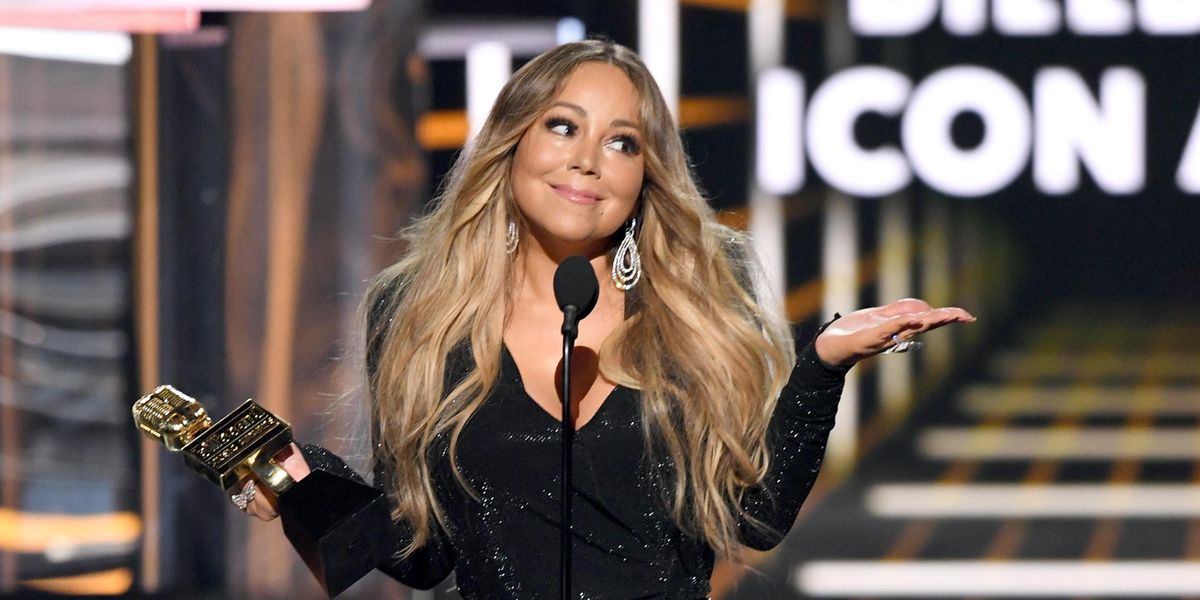 Mariah Carey still wants to know why Eminem was so obsessed with her. The legendary singer took the #WipeItDown TikTok challenge and used it to remind the world that, at one time, the Detroit-born rap legend couldn't get her name out of his mouth.

Carey started off her TikTok innocently enough — wiping down a mirror while dolled up in some ready-for-bed wear. As she cleaned the window, she suddenly was wearing her dress clothes, looking like she could step out onto a stage at any minute. It's here — where most #WipeItDown challenges end — when the real transformation takes place.

As she uttered the phrase from her R&B diss song "Obsessed," with another flick of the wrist, she was dressed in what Eminem would likely wear in the early 2000s. For the rest of the TikTok, she alternated between looks, potentially rekindling a beef that, at one point, was the talk of pop culture.

Their beef started back in 2001 when Eminem claimed that he dated her for six months. She would deny his story and he began throwing subliminal messages at her across his musical catalog, to which Carey countered with "Obsessed."