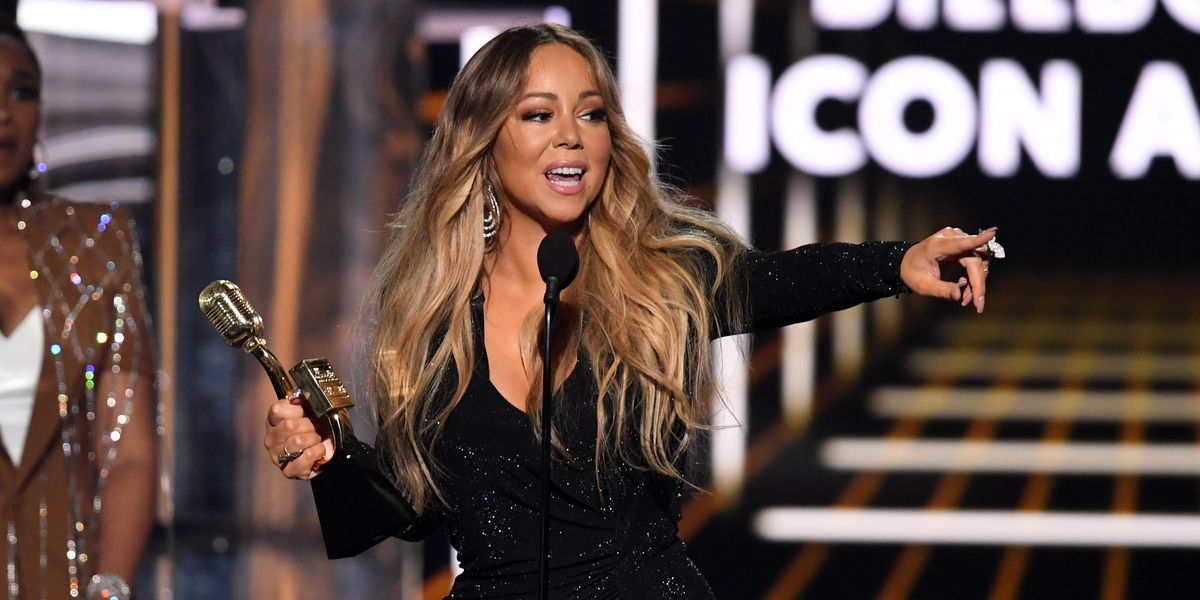 Mariah Carey returned to Vegas and attended the Billboard Music Awards last night, performing a medley of old and new hits before picking up a prestigious Icon statue in honor of her long and successful music career. After accepting the trophy from a teary Jennifer Hudson, Carey gave a candid speech that spotlighted her fans and supporters. She loves the Lambily.

On stage, Carey dropped the diva pose and got real with us for a few minutes. "Icon? I don't think of myself in that way," she said. "I started making music out of a necessity to survive and express myself. I wanted to create something so I could feel worthy of existing."

The singer went on to reference some of the, er, viral moments that she has inspired in recent years ("We've all seen them... there's been a few memes!") and thank stans for sticking with her through tough times ("They've been with me to the depths of hell and brought me back with their devotion and love.") Pan to Taylor Swift absolutely losing her mind in the crowd.

Carey also notably referenced the fact she's felt like an outsider her whole career: "I still feel like that lost interracial child who had a lot of nerve to believe I could succeed in anything at all in this world." But succeed she sure did! We love you, Mimi!

Watch the whole speech, below.