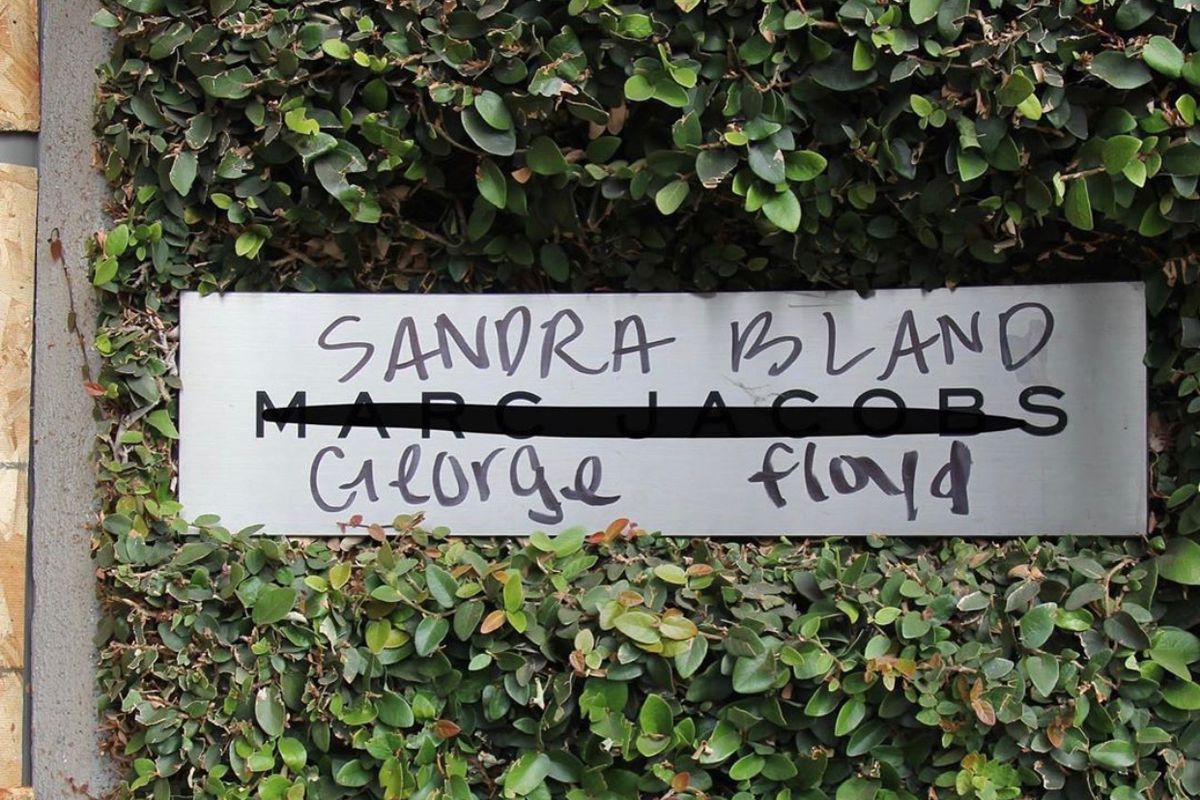 In Los Angeles, Marc Jacobs was among the several fashion houses whose stores were broken into and looted during the George Floyd protests over the weekend. According to WWD, some people made off with clothes and accessories from retailers like Nordstrom, Alexander McQueen and Ray-Ban.

Videos on social media showed that the Marc Jacobs store, located on Melrose Ave, had its glass doors shattered and shop floor cleared of all merchandise. A "F*** capitalism" tag was scribbled on a window, while a large placard at the entrance that displayed Jacobs' logo had the designer's name crossed out.

Written on the entrance sign were the names of George Floyd, whose death sparked nationwide protests after a video showed a policeman in Minneapolis pressing his knee on Floyd's neck, and Sandra Bland, the woman who was found dead in a jail cell in Texas in 2015 after she was arrested during a traffic stop.

Jacobs shared a photo of the placard (to both his personal and company Instagram account) with the caption "A life cannot be replaced. Black Lives Matter." His response was met with praise from users on social media, who commended Jacobs for using his platform to empathize with the protesters and their message.

Many also compared his response to that of fellow designer Virgil Abloh, who faced criticism for a $50 donation he made to a Miami community bail fund.

Marc Jacobs put a post telling people to continue rioting and that property can be replaced, lives can not. Virgil… https://t.co/9GD2FvP5U5
— him just ah cook (@him just ah cook)1591004618.0

Jacobs' has been vocal about the importance of the Black Lives Matter movement and activists like Jane Elliott and Colin Kaepernick. Other luxury fashion brands have been have been slower to take a stance, while activewear companies like Nike and Adidas quickly showed their support toward the protests.

The lootings also reached other major brands all over the country like Chanel, Dior and Coach as some groups start to demonstrate their growing contempt for class divides, wealth gaps and inequality.