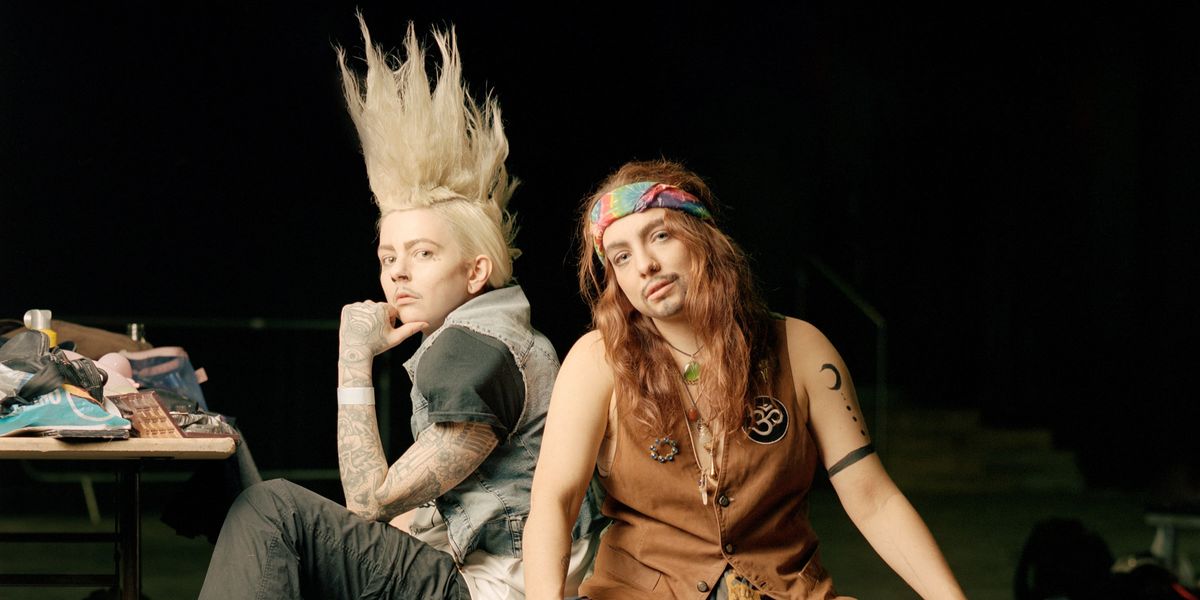 Man Up! 15 Photos From the World's Largest Drag King Battle

There's no doubt that pop culture juggernaut RuPaul's Drag Race has dominated the drag conversation for the better part of the past decade, taking the queer art form from the fringes of nightlife into the national spotlight and turning drag queens into mini-celebrities overnight. But for all of its success, a drag king has never competed on the show.

This glaring omission is symptomatic of a larger problem with the mainstream portrayal of drag, glossing over an entire history of masculine drag that has evolved alongside its feminine counterpart. Drag Kings have been vital parts of queer nightlife scenes around the globe, interrogating masculinity with camp and satire in a way that challenges us to reevaluate our very relationship to gender all in the span of a lipsync, burlesque number, or stand-up routine.

If we truly are living in a Golden Age of Drag, isn't it about time we give drag kings their due?

Frustrated by how the mainstream media portrays drag, London-based photographer, Jan Klos, has been on a mission to capture his city's drag scene in a new light. Having already explored the home lives of drag queens in a previous series, Klos has shifted his lens onto the city's kings with a new portrait series featuring contestants from this year's Man Up! finals.

An event that promises a night of "politics, parody, pastiche and rubber penises," the competition brings London's finest artists and performers from across the city to duke it out for the crown and title of London's reigning Drag King. Full of fake mustaches, sculpted jawlines, and practically dripping in machismo, Man Up! is by far the largest drag king battle of its kind. Presided over by hosts Baby Lame and Adam All, with a panel of judges anchored by local LGBTQ+ club The Glory's Jonny Woo and John Sizzle, the night proved to be a thoroughly masc affair with king Louis F.U C.K. ultimately running away with the crown.

Take a look at some the night's contenders, below: