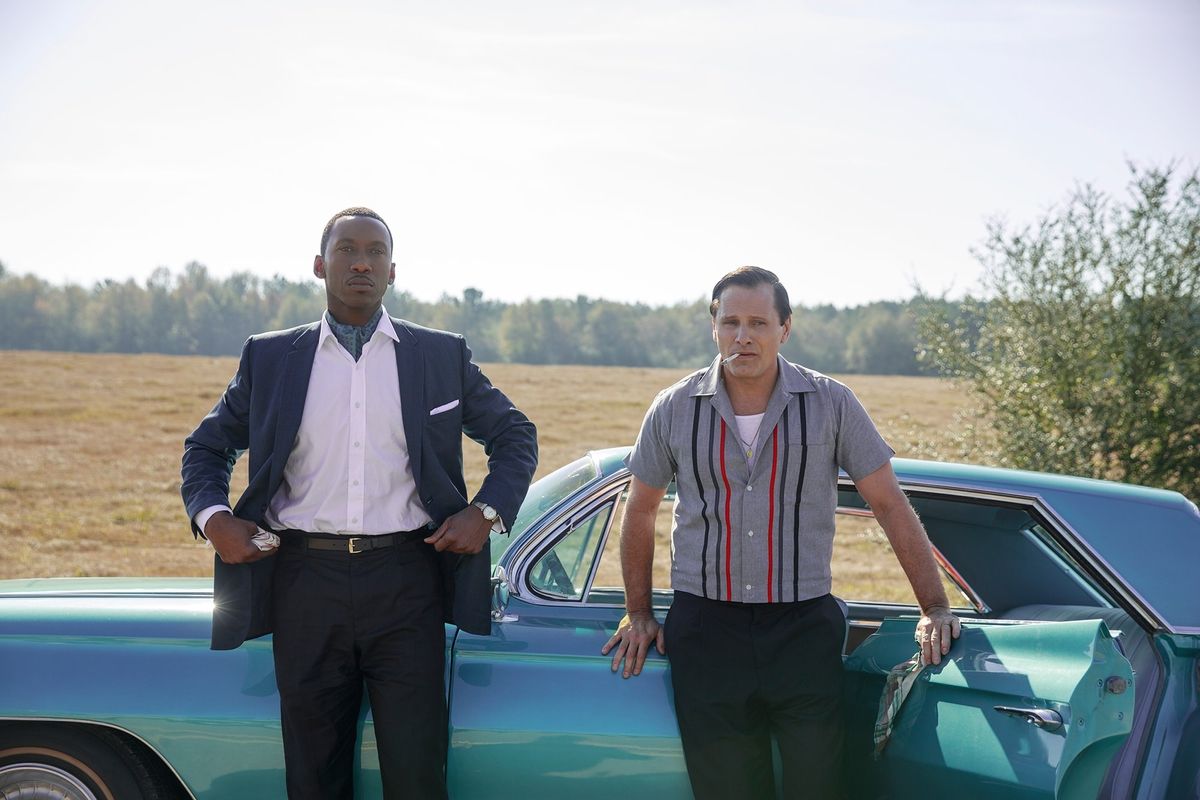 Green Book, directed by Peter Farrelly (one half of the Farrelly brothers, who brought you such dubious 2000s classics as There's Something About Mary and Dumb and Dumber), is a movie that feels way out of step with 2018. A middle aged white guy best known for his sex joke comedies is probably not the best choice to helm a nuanced film about race set in the 1960s Deep South, and reviews indicate as much. Also, while it is supposedly based on a true story, surviving members of the protagonist's family say Green Book is riddled with troubling factual inaccuracies.

"I got a call from Mahershala Ali, a very, very respectful phone call, from him personally," Edwin said. "He called me and my Uncle Maurice in which he apologized profusely if there had been any offense. What he said was, 'If I have offended you, I am so, so terribly sorry. I did the best I could with the material I had. I was not aware that there were close relatives with whom I could have consulted to add some nuance to the character.'"

Green Book, which co-stars Viggo Mortensen, is billed as a story of unlikely friendship between a talented black musician and his racist Italian-American driver, Tony "Lip" Vallelonga. But Edwin and Maurice both claim that no such friendship existed. They say that the real Dr. Shirley disliked Vallelonga, and fired him.

The movie is facing additional criticism for its multiple "white savior" scenes, in which Vallelonga rescues Dr. Shirley from harm. He also introduces Shirley to the concept of fried chicken. In an interview with New York, Farrelly said he sensitivity tested the Green Book script by asking for feedback from Octavia Spencer.

Yes, you're reading that correctly: he blamed Octavia Spencer.