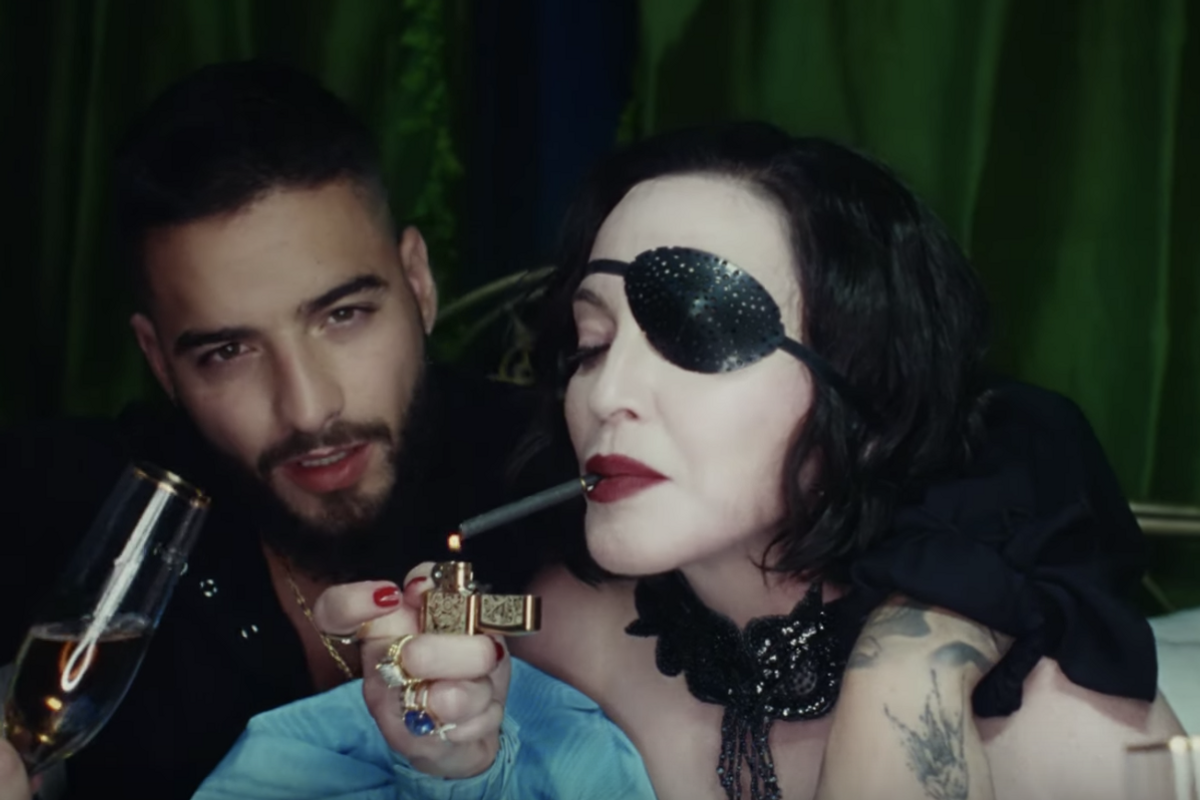 Madonna and Colombian heartthrob Maluma have finally released the music video for their collaboration, "Medellín," and basically just gave us the blueprint for the shotgun celebrity marriage of the millennium.

Directed by Diana Kunst and Mau Morgó, the breezy, reggaeton-influenced ear-worm is straight from Madonna's forthcoming (fourteenth!) studio album, Madame X — and it's accompanied by a set of visuals fitting for the superstar's latest, larger-than-life alter ego.

Related | How Yee Haw Took Over the Internet

Opening with "Madame X" herself kneeling in front of an altar, we're eventually transported to a cha-cha class, a steamy boudoir scene, and a decadent wedding celebration featuring Madonna in a strangely stylish bedazzled eyepatch and cowboy hat wedding veil. Yee haw?

Watch the fucked up fairy tale for yourself, below.