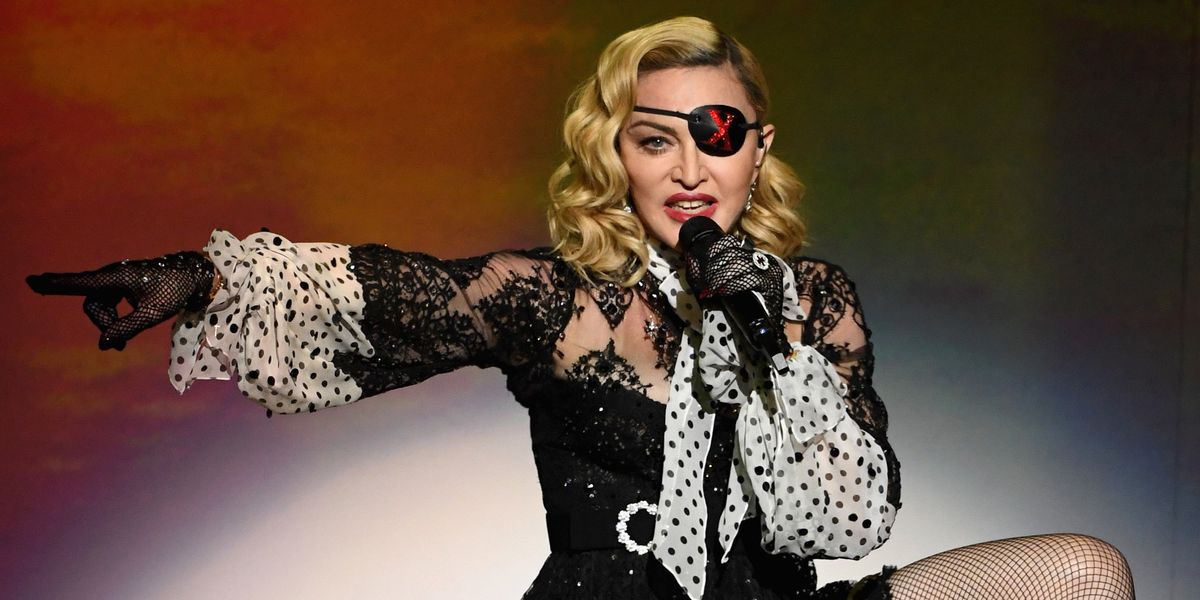 Madonna provides a 2019 entry into this history with her Madame X song "I Rise." The song opens with a clip of Emma Gonzalez, a teen gun control activist and survivor of the Stoneman Douglas High School shooting. "[They say] us kids don't know what we're talking about, that we're too young to understand how the government works. We call BS," Gonzalez screams, her voice ragged, and on the brink of tears. "No BS" later echoes at the end of various verses.

It's an arresting moment, one you've probably heard before on NPR or The Daily or wherever you get your morning download of hellish headlines. The quote comes from a speech Gonzalez gave at a gun control rally in Fort Lauderdale last February, days after a gunman killed seventeen of her classmates.

Madonna uses the soundbite to introduce her auto-tune laced, uplifting protest song, which doubles as a track about personal resilience: "Not bulletproof, shouldn't have to run from a gun/ River of tears ran dry, let 'em run."

She also weaves in her favorite quote from French philosopher Jean-Paul Sartre, "Freedom's what you choose to do with what's been done to you."

"I wrote 'I Rise' as a way of giving a voice to all marginalized people who feel they don't have the opportunity to speak their mind," Madonna explained. "This year is the 50th anniversary of Pride and I hope this song encourages all individuals to be who they are, to speak their minds and to love themselves."

"I Rise" is the second single off Madonna's forthcoming Madame X, out June 7, following her collab with Maluma, "Medellín." Madonna recently performed alongside a hologram or two of herself at the Billboard Music Awards, and has plans to drop several more singles featuring Quavo, Swae Lee and Anitta.