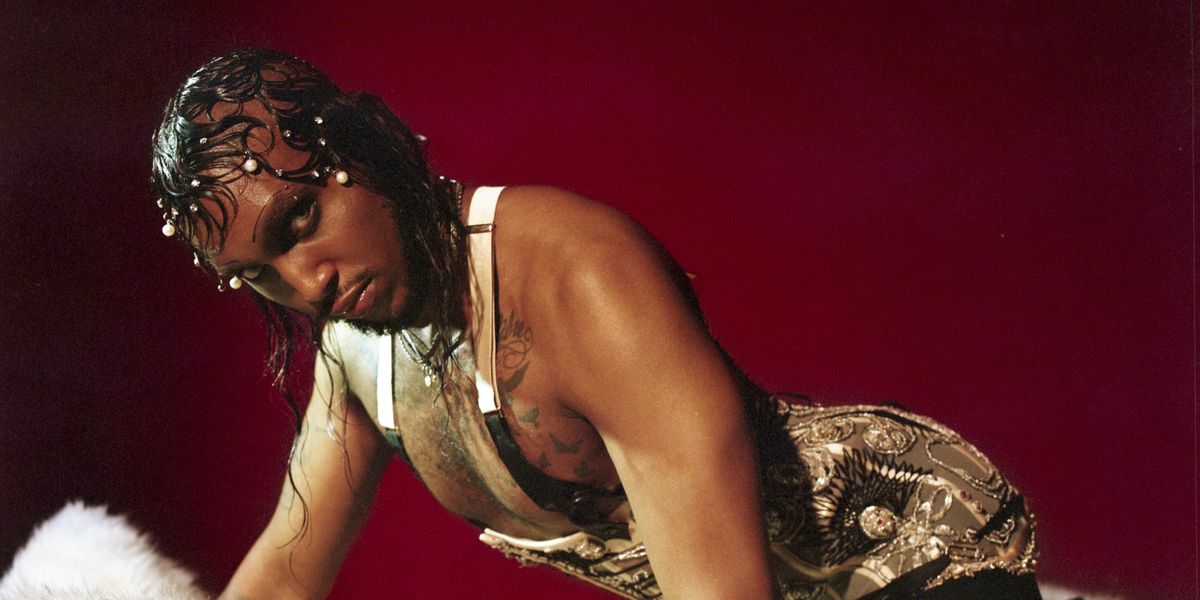 As we grow more and more optimistic about the idea of a possible return to dancefloors and people begin receiving the vaccine, a race to see who will soundtrack this summer's return is already brewing. That said, there is a strong case to be made for LSDXOXO.

Philly-born, NYC-bred and Berlin-based, DJ and producer LSDXOXO is gearing up for his EP, Dedicated 2 Disrespect, and is celebrating the announcement with the first single off the impending release, "Sick Bitch."

Featuring a sweaty techno beat with springy oscillating synths and a relentless kick, LSDXOXO lays down some sexually explicit vocals that not only captures the artist's distinct sense of humor but brings us that visceral carnal energy that has been a key part of dance music's heritage.

"I wanted to make a Dance Mania pop anthem with vocals that had the playfulness," LSDXOXO says, "and vulgarity of Chicago ghetto house."

Related | Shygirl Cloned Herself to Understand Herself

Arriving alongside the artist's first ever music video conceptualized by LSDXOXO and Mischa Notcutt, the visual for "Sick Bitch" is full on club kid couture with freaky denizens of the night draped in Rick Owens, Jean Paul Gaultier, Helmut Lang, Versace, Lanvin and more move through the shadows.

Directed by Pe Ferreira and Enantios Dromos Limitrofetelevision, the video feels like a delicious little slice of queer rave counterculture harkening back to LSDXOXO's early days as a part of NYC party collective, GHE20GOTH1K.

Watch the official music video for "Sick Bitch" and stream the single off LSDXOXO's Dedicated 2 Disrespect EP, out May 14th via XL Recordings.