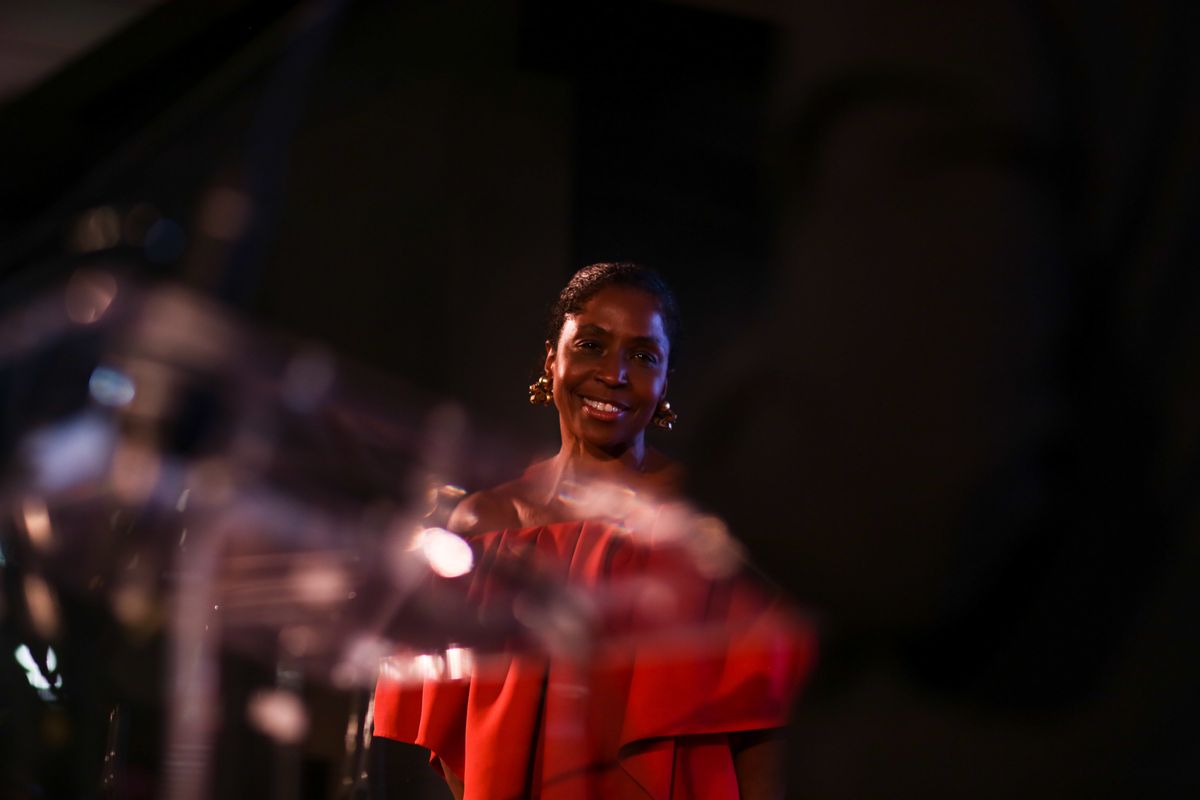 The Enduring Influence of Lorna Simpson

Of course, the event was a star-studded affair with attendees ranging from the art, fashion, and music worlds: Cindy Sherman, model Paloma Elsesser, Nigel Barker, and Dev Hynes to name just a few notables present, with Saint Heron on the turntables.

But our take is that the night truly belonged to Lorna Simpson, a leading Black contemporary artist known for her innovations in conceptual photography, multimedia, and film, which closely look at the intersection of race and gender identity. The Whitney has previously honored Simpson with the Whitney Museum of American Art Award in 2001, and the award, consisting of a special commissioned original artwork by a fellow American artist, is given each year to "individuals and organizations that have made a sustained commitment to the artistic and cultural heritage of the arts in America." Additionally, Simpson had a twenty-year retrospective at The Whitney in 2007.

Accolades aside — there are many, all of which are richly deserved — the reason why Simpson still commands our attention after over 30 years in the spotlight is because she continues to defy what's possible as an artist with an inherently political and fearless point of view. The artist, born in 1960, is a native New Yorker who grew up attending theater and dance performances and museums with her immigrant father from Cuba and her working-class mother from New Orleans.

Simpson first came to prominence in the 1980s,after earning a BFA from the School of Visual Arts, then traveling through Europe and Africa and developing her skill in street-style documentary photography. Simpson completed her formal artistic education with an MFA from the University of California, San Diego, and while there, she began experimenting with text and striking photographic images.

In a recent Financial Times interview, Simpson said as a child she wrote poetry and short stories, but though she couldn't call herself a writer, she realized she could "combine language and photography in an unorthodox way and challenge the viewer's expectations of what photography is supposed to deliver." While she struggled to reach an audience in California, soon enough, Simpson was being booked left and right by curators in New York.

Pieces such as 1989's "Untitled (Two Necklines)" delivered on Simpson's penchant for blending the personal and the political: that work depicts circular, matching photos of a Black woman's mouth, chin, neck, and collarbone against text reading "ring, surround, lasso, noose, eye, areola, halo, cuffs, collar, loop," and "feel the ground sliding from under you" gained immediate traction for what appeared to be a striking commentary on Black female sexuality, lynching, and ideas of supremacist propriety.

Then there's the chillingly powerful 2003 video installation, "Corridor," which set two women from different times right next to each other: one, a house servant from 1860, and the other, a wealthy homeowner in 1960.

Simpson continues to reinvent herself: a recent Vogue profile about the artist and her illustrious career shows that she's now transitioning into painting, in the midst of creating a king-sized series on four canvases of surreal, turbulent Arctic wonderland Those paintings were just on view in Simpson's first solo show in London with mega-gallery Hauser & Wirth, which she joined last year.

But no matter what Simpson does, her impact remains a source of constant inspiration, if for no other reason (and a pretty good one, at that) than reminding us all that the nuance and depth of the Black experience matters. In the aforementioned Vogue profile, a close friend of hers, the artist (and fellow contemporary) Glenn Ligon says, "Lorna's work opened up a space to talk about black interiority at a moment when the culture was obsessed with black spectacle, not black introspection."