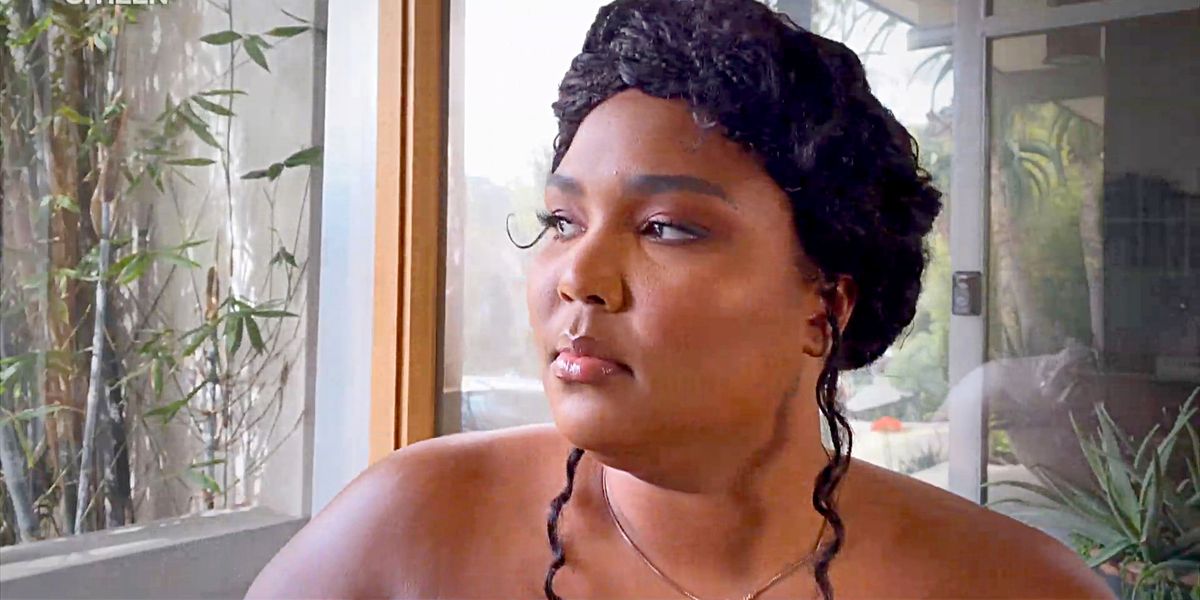 Lizzo has come into her own as a musician in the last couple of years. Her debut album, Lizzobangers, came out in 2013 and, in the time since, the world has caught onto how her inventive pop records become cultural moments each time she releases a new song. In a new Vogue cover story, the singer elaborates a bit on how comfortable she's getting with making music as her career grows, especially since she's moved into a new house. No longer is she relying on others to give her pieces of her puzzle — she's solving it herself.

Last year, Lizzo moved out of a one-bedroom apartment into a larger living space that comes with a recording studio. This relocation has transformed her process of making music, of which she says that the writing has been therapeutic. Lizzo joked that in the past she needed "at least two and a half white boys to make a song. One to engineer and one to produce." That's changed now, completely. "But now I can sit in my room and be my own engineer and producer," she said.

View this post on Instagram
@lizzobeeating is our October issue cover star! At a time of unprecedented strife, struggle, and opportunity, Vogue meets up—at a distance—with #Lizzo, the musical sage who wants us to get through this moment together. Tap the link in our bio to read the full profile. Photographed by @hypewilliams, styled by @mr_carlos_nazario, written by Claudia Rankine, Vogue, October 2020.
A post shared by Vogue (@voguemagazine) on Sep 24, 2020 at 6:00am PDT

So could that mean that new music is coming soon? According to her response in the story, probably not — but that could change. "Oh, girl, I don't know," she said. "I gotta finish the songs. It's gonna be good though. I'll tell you that. It's gonna be motherfucking good."

Elsewhere in the story, Lizzo explained her belief that the body positivity movement is being appropriated to certain degrees. "It's commercialized," she said. "Now, you look at the hashtag 'body positive,' and you see smaller-framed girls, curvier girls. Lotta white girls. And I feel no ways about that, because inclusivity is what my message is always about. I'm glad that this conversation is being included in the mainstream narrative."

"What I don't like is how the people that this term was created for are not benefiting from it," she continued. "Girls with back fat, girls with bellies that hang, girls with thighs that aren't separated, that overlap. Girls with stretch marks. You know, girls who are in the 18-plus club. They need to be benefiting from ... the mainstream effect of body positivity now. But with everything that goes mainstream, it gets changed. It gets — you know, it gets made acceptable."

Check out Lizzo's full Vogue cover up above.