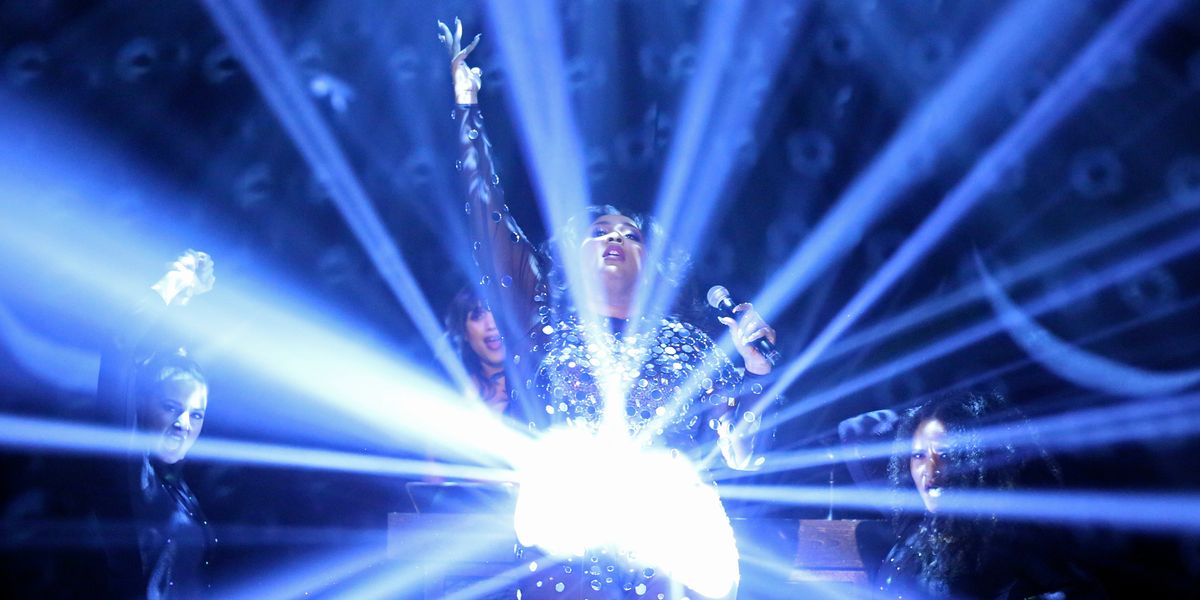 Lizzo's performances of her funky-as-hell hit "Juice," which will appear on her upcoming debut album Cuz I Love You due April 24, have become the stuff of legend.

She was an '80s workout goddess in the music video, she stormed the crowd in pink lingerie on Ellen, and yesterday she transformed herself into a disco ball, bringing the hit to The Tonight Show Starring Jimmy Fallon.

In the tradition of Prince — who she once sung back-up for, and as The Cut recently divulged, she studied obsessively, once mimicking his Purple Rain ritual and purifying herself with Lake Minnetonka water — Lizzo is one of those thousand-watt performers whose presence zaps every other thought out of your mind.

The studio audience gave a standing ovation, that was clearly not prompted by queue cards, for the campy disco choreography, Lizzo's Mamma Mia-esque suit, and vocal flexes span soulful belts and blitzing raps. The only thing missing was Sasha flute... and maybe a little more national television twerking as a treat for Fallon's middle America viewers. Hey, if Miley can do it, um...

If you like what you see, catch Lizzo on her upcoming U.S. tour, dates here.