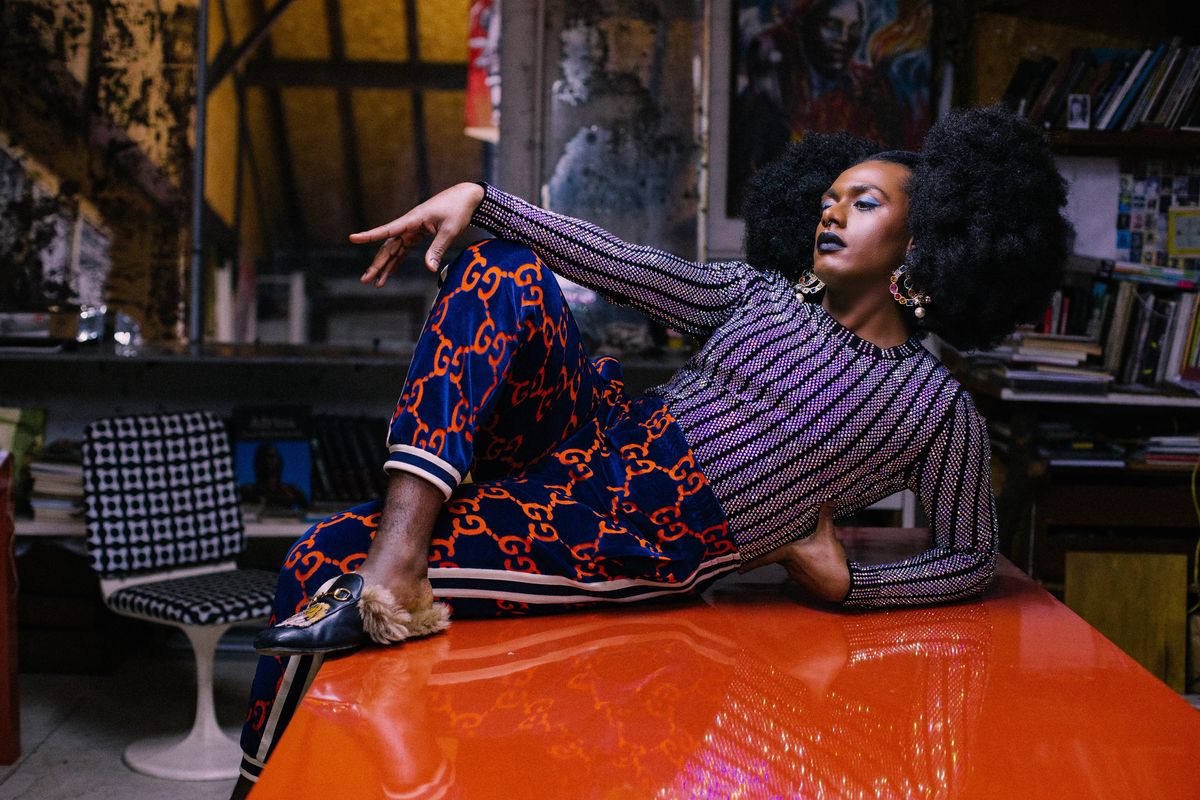 Liniker Is Changing the Way Trans People Are Seen in Brazil

In August, the trailblazing South-American performer will show the power of love through her voice by beginning her tour in the United States.

Brazil has the highest murder rate of transgender people in the world. This information comes from collected data by the NGO Transgender Europe that counted the murders around the world between 2008 and 2016. In this period, Brazil leads the charts with 868 cases, while Mexico follows at number two with 257. Even in an extremely hostile atmosphere, a little hope blooms when we look at Brazilian musician Liniker, who has risen above the hate with her exceptional, passionate voice.

"When you see these numbers, it makes you despair," Liniker says. "It is a privilege to be a singer who has some notoriety. There's a huge difference between what I experience and what anonymous trans people live through. That's why I always say that we have to stick together no matter what. If we don't do that, we are surely going to be erased by history."

"[Trans people] have to stick together no matter what. If we don't do that, we are surely going to be erased by history."

Liniker was born in Araraquara, a city located in the countryside of São Paulo—one of the richest and most conservative states in the country—and has challenged the Brazilian population to rethink the place that trans people have in their collective consciousness. While the common destiny of most trans women in Brazil is some combination of homelessness and sex work—90% of them live in these conditions, according to the National Association of Transvestites and Transexuals (ANTRA)—Liniker is proving that transgender people can be successful stars, as well.

Before transitioning, which happened while she was recording her first LP Remonta (2016), Liniker posted videos to YouTube singing covers of her favorite artists. She was introduced to the majority of them by her mother, a fan of samba-rock played by performers like Bebeto, Paula Lima and Clube do Balanço. "My mother also loved Whitney Houston," Liniker says, "and what I most liked about her was to realize that she wasn't ashamed to sing out loud. She could be sweating, delivering an enormous amount of energy, and still nothing could bother her."

Liniker exudes Houston-level energy while performing, which is exactly what catapulted her to Brazilian fame. "It is not only my place of work, but also my opportunity to undress—to get rid of everything so the truth always prevails," she says of the stage. "I have some background in theater and that shaped the way I relate to the energy of everyone involved in a performance." In 2015, Liniker gathered with several friends, who would become her future bandmates in the Caramelows, and filmed one of her first songs, "Zero" that went viral and radically reached 18 million views.

"We were touring and composing Remonta at the same time, right after our videos became famous on the Internet," Liniker says. "During eight months, a lot happened inside of me and this transformation—that is actually never ending—appeared in the album. I was coming out from a bubble. Getting away from past lovers and choosing to let them go. My goal is to make everyone understand that it is natural to have feelings, to like somebody and fall in love. Today I feel how relationships and affection are ripped from trans people's life. I feel this is not as simple for us. We are marginalized and that's why we need to talk about this."

The outcome of those efforts is an album that sounds nothing like traditional Brazilian pop music such as Bossa Nova. Instead, Liniker's tracks are heavily inspired by North America, with funky, R&B and soulful allusions to Motown with a contemporary touch. It is reminiscent of the vibrant sounds of Tim Maia, the Brazilian "King of Soul," who was one of the country's biggest hitmakers during the '70s and '80s. On top of this eclectic mix, we have Liniker's voice, which is powerful but not strictly attached to technique—you can hear how she's feeling through every note she hits.

"My goal is to make everyone understand that it is natural to have feelings, to like somebody and fall in love."

Even though her 2016 LP was a complete success (garnering praise from both the general public and critics), Liniker struggled with transitioning in front of an audience that was not completely ready to comprehend her process. "Especially when it comes to media and how they treated me, I feel like I was forced to question myself, to question something that I already knew," Liniker says. "But I learned a lot from this experience and I believe it obliged me to become much tougher. I had to do that in order to delimitate my space—to recognize a place which is mine, and no one can say anything about it."

Dress by B.Luxo, Glasses by Caja, Wristlet and Ring by Eleonora Hsiung

Dress by B.Luxo, Glasses by Caja, Wristlet and Ring by Eleonora Hsiung

For her tour of the United States, starting in August, Liniker still features songs off Remonta, but her plans for a new album have already begun. "Remonta is really energetic and about party and excitement," she says. "This is so important, but I think I would like to breathe a little—being softer, not so 'in your face,' you know? But, of course, I am going to talk about affection, about love, because that's me. I feel like I would betray myself otherwise."