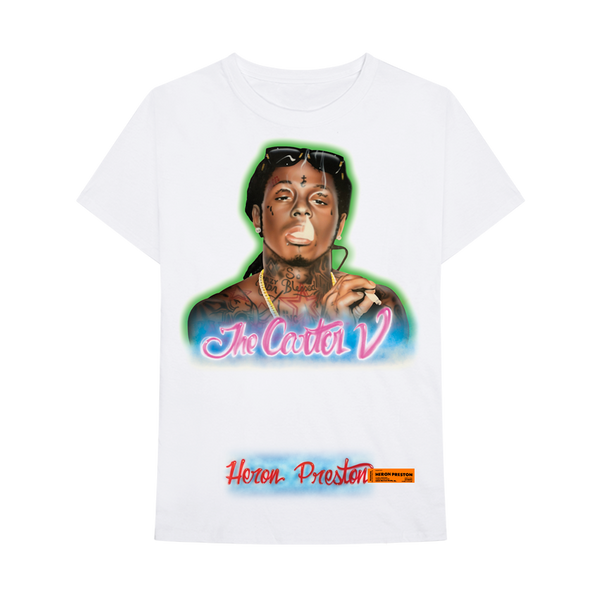 In celebration of the upcoming album, Lil Wayne announced a series of collaborations with 14 different designers that will drop at 5pm ET every day through October 4th. Each collaboration will only be available for 24 hours and be part of a limited run. Curated by merch company Bravado, designer Heron Preston kicked off the collection today with an airbrushed t-shirt design that draws on DIY and bootleg aesthetics.

"I wanted to do an airbrush theme that was very unique to the South where he's from. One of the first directions I started to take was his lyric that I can't really get out of my head: 'What's a goon to a goblin?' That was one of his most famous lines," Preston explained. "I looked for amateur airbrush artists, and I found a bunch of them on Etsy. I didn't want something that was super polished or professional; I wanted to capture that amateur skill level — which is the same kind of skill level that I saw when looking at old airbrush artwork back in the '90s."

Take a look at the collab, below, and shop each new drop at Wayne's online shop: