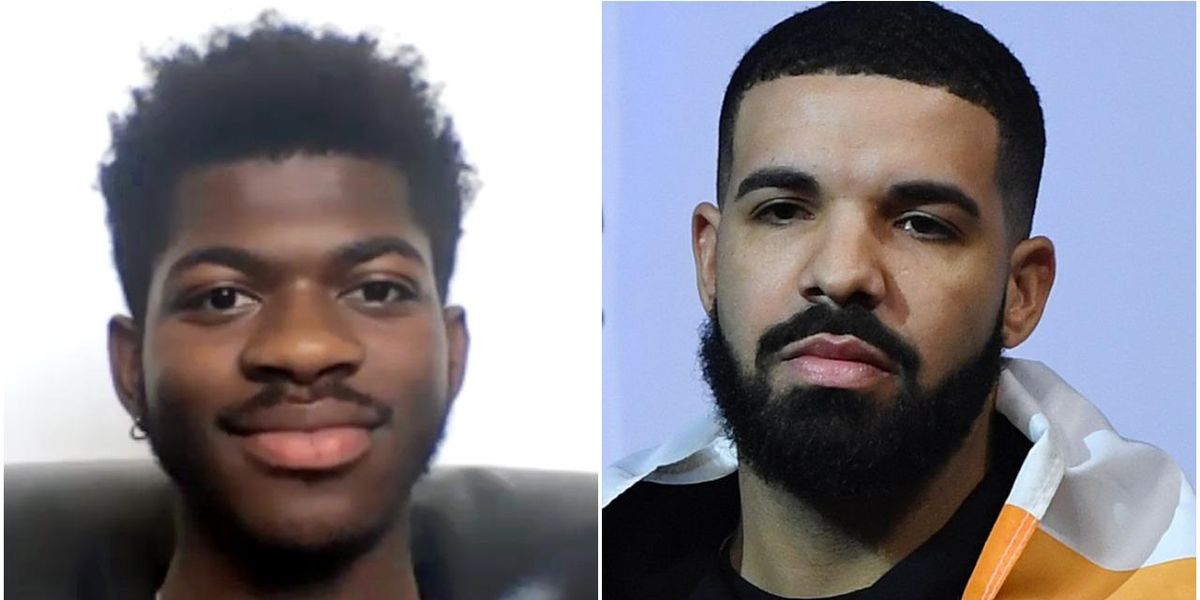 King of the Internet, Lil Nas X, has done it again.

On Monday, Drake revealed the (extremely ugh) album art for the long-awaited Certified Lover Boy, which featured rows of the pregnant woman emoji. And though the cover was created by famed artist, Damien Hirst, LNX soon proved that he was the ultimate internet artisan. And the way he did it? By posting a spoof cover that replaced the pregnant women with pregnant men, alongside a reminder that his debut album, Montero, is set to be released on September 17.

That said, this wasn't the only incredible thing LNX posted online today, as he also shared an incredible TikTok made with Tony Hawk after the release of the skate legend's Liquid Death skateboards.

Last week, Hawk dropped a skateboard containing paint mixed with his blood. However, the skateboards' warm reception went on to spark a fierce online debate about double standards given that the huge controversy surrounding LNX's infamous "Satan" shoes, which were condemned by conservatives and Christians for containing a drop of blood in the sole. Additionally, MSCHF — the company that collaborated with him on stunt — ended up facing a trademark infringement lawsuit from Nike over their use of a modified Air Max 97 and were eventually forced to issue a "voluntary recall" of the product.

Needless to say, LNX also made his irritation clear by tweeting about the issue and writing "nah he tweakin" on Rap's post about the skateboards, a phrase that went viral and led thousands of fans to comment it all over Hawk's Instagram. That said, this latest video — notably featuring both LNX's shoes and Hawk's skateboard — is proof that there's no bad blood between the beloved celebrities, which you can see for yourself, below.