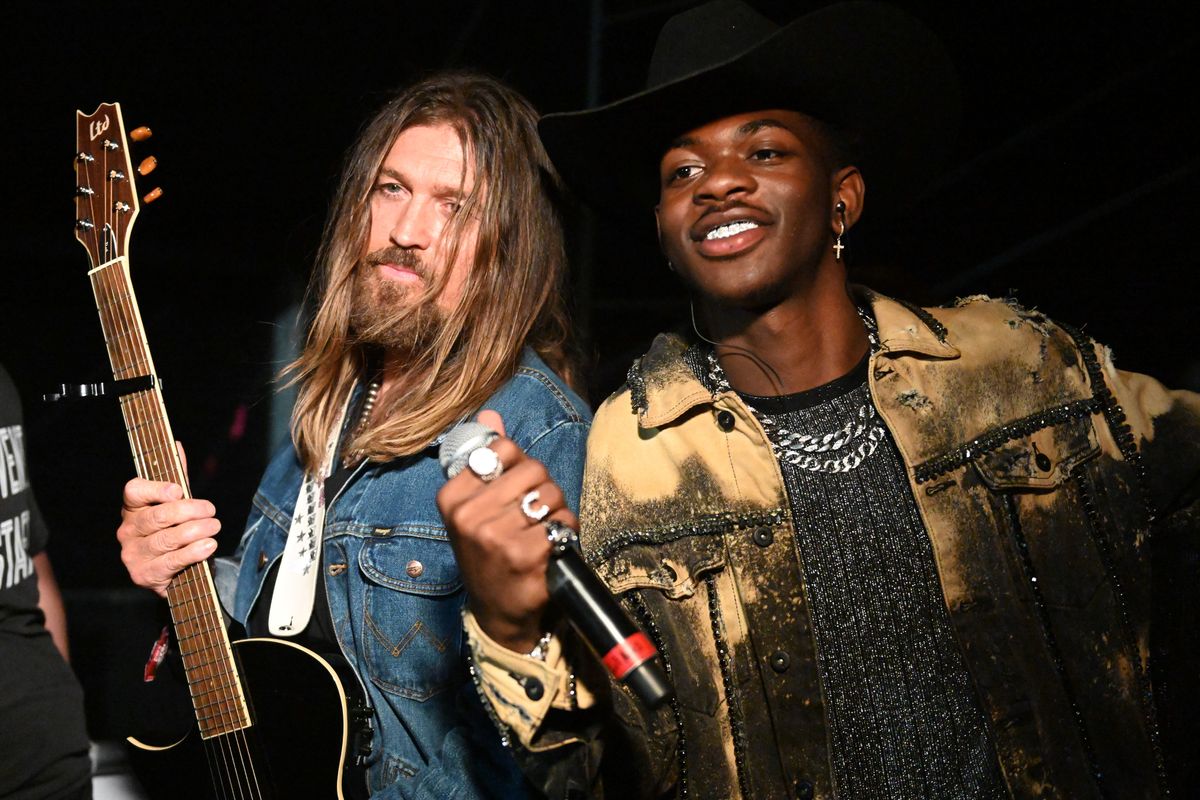 Despite country music's colloquial categorization as a white genre, its music is rooted in traditions from enslaved Africans who established its foundation through the introduction of musical instruments, such as the banjo, to the Americas. African descendants infused their musical traditions with elements of the European songs brought by settlers of the Southern United States — fiddles and harmonicas, foundations of antebellum culture — to create hillbilly music, modern country music's predecessor. For generations, Black musicians participated in recording sessions with white country musicians because of their shared musical heritage in the rural South, yet their contributions were whitewashed in the 1980s and '90s as country music aligned itself with white-centered politics. Evidenced by the outrage surrounding the Country Music Awards' decision to have Beyonce perform her twangy, Texas-tribute Daddy Lessons off Lemonade, country music as an institution has clearly refused to acknowledge the genre's Black Southern roots and is a modern day example of country's music "white myth" in praxis.

Deford Bailey, one of country's Black pioneers and the grandson of slaves himself, brought the genre into mainstream popularity through a series of performances on Nashville based radio shows from 1926-1941. Ray Charles' Modern Sounds in Country and Western Music ascended to #1 on Billboard's Hot 100 charts in 1962, and ushered in a new era for the genre to be heard by millions of listeners across the United States outside of its regional fanbase in the South. But as the genre attracted acclaim and solidified Nashville and the Grand Ole Opry as its epicenter, Black country veterans were dismissed from genre's spaces and history. Southern Black musicians like Clarence Carter and Otis Redding embedded their rural musical roots into their soulful artistry, due to the segregational practices of the time period which strengthened the genre's refusal to recognize its Black heritage, a privilege solely afforded to white musicians. Country's gatekeepers, such as artist development experts, label heads, managers, and those in powerful positions, shifted the genre toward whiteness to produce a revisionist history aligned with Old Southern values, which inherently refer to the region's period of overtly white supremacist policies, like Jim Crow.

Decades later in 2008, Darius Rucker of Hootie and the Blowfish ascended on the country charts as the first Black man to achieve commercial success in the genre since its historical erasure of Black pioneers. As Hootie's frontman, Rucker's soulful sound infiltrated the predominantly white space of alternative rock in the 1990s, which positively assisted his transition into country music due to the audience's familiarity with his artistry. His legacy in the genre, a Grammy awarded musician with an invitation to the Grand Ole Opry, has opened doors for the next generation of Black musicians eager to reconnect the genre to its Black roots. More recently, Jimmie Allen and Kane Brown's respective musical projects charted on Billboard, becoming the first Black artists to claim the top spot on country radio. Despite their success, however, the Country Music Awards snubbed Brown of a nomination in 2018, and Allen experienced a feeling of sadness as his tokenization was applauded as a sign of progress for the genre.

"It was cool. But at the same time, I was sad about it," Allen told the Washington Post after his song topped the country charts. "Because it sucks that I'm the first. You know what I mean? I was excited and sad at the same time. I was glad I did it and got it done. But I want it to be where it's not a thing anymore."

Country music's ability to weave stories over rhythmic beats draws similarities to hip-hop, America's number one cultural export. The genres' interwoven Black traditions ushered in a generation of rappers from the Southern United States, such as Pimp C from Underground Kings, a Texas based rap collective that spoke "country rap tunes" into existence in 1999. The 'Yeehaw Agenda,' a term created by Bri Malandro, displayed the ascension of country's influence on the genre, such as Will Smith's Wild Wild West and Mo Thugs Family feature with Bone Thugs N Harmony's Ghetto Cowboy. Artists from respective genres, such as Florida Georgia Line and Nelly, Jason Aldean and Ludacris, and Brad Paisley and LL Cool J, have collaborated on inauthentic musical projects in an integrated attempt to fuse two of America's Black genres.

As hip-hop continues its rapid trajectory to become the most popular genre in the United States, new rappers are seeking to build upon the genre's musical foundations and develop a unique sound that appeals to complexities of the Black experience. Southern based rappers like UGK and Big K.R.I.T incorporated country musical traditions into what's become country rap, a sub-genre that fuses elements of both country and rap, as its name suggests, creating a cultural production that highlights the intersection of Southern Blackness. "Old Town Road," the latest iteration of this historical fusion by 20-year-old newcomer Lil Nas X, reached music industry success after its debut on Billboard's Hot 100, Hot Country, and Hot R&B/Hip-Hop at the same time, yet became subject to controversy after its' erasure from the country chart, due to the single's supposed lack of modern country elements.

The single's dismissal from country charts is reminiscent of the genre's refusal to acknowledge Black musicians as pioneers in the industry. In an interview with TIME, 20-year-old Lil Nas X classified his single as country trap, crediting Young Thug as a pioneer of the sound. Entertainers like Ski Mask The Slump God and music label executives like Shane Morris spoke about the racially discriminatory policies imposed upon Lil Nas X by Billboard's refusal to credit the Georgia rapper on its country charts. The single ascended back to its rightful place as No. 1 after a remixed version was released with a Billy Ray Cyrus feature, which granted entry into the genre's predominantly white centered charts.

The single's viral success, helped in part by social media platform Tik Tok's #yeehawchallenge, has threatened white country music journalists, executives, and entertainers, because if Lil Nas X's debut album achieves mainstream success, it would undo country's music revisionist history of whiteness. Yet the pressures imposed upon Lil Nas X are not experienced by Post Malone, G-Eazy, or Eminem, who have achieved mainstream success on Billboard Hip Hop charts as white rappers. At the age of 20, Lil Nas X has caused country music to undergo a self-evaluation, one of historical acknowledgement of its Southern Black roots which contributed to its mainstream success, and hopefully a willingness to correct its generational sin of removing Black communities from a genre we created.