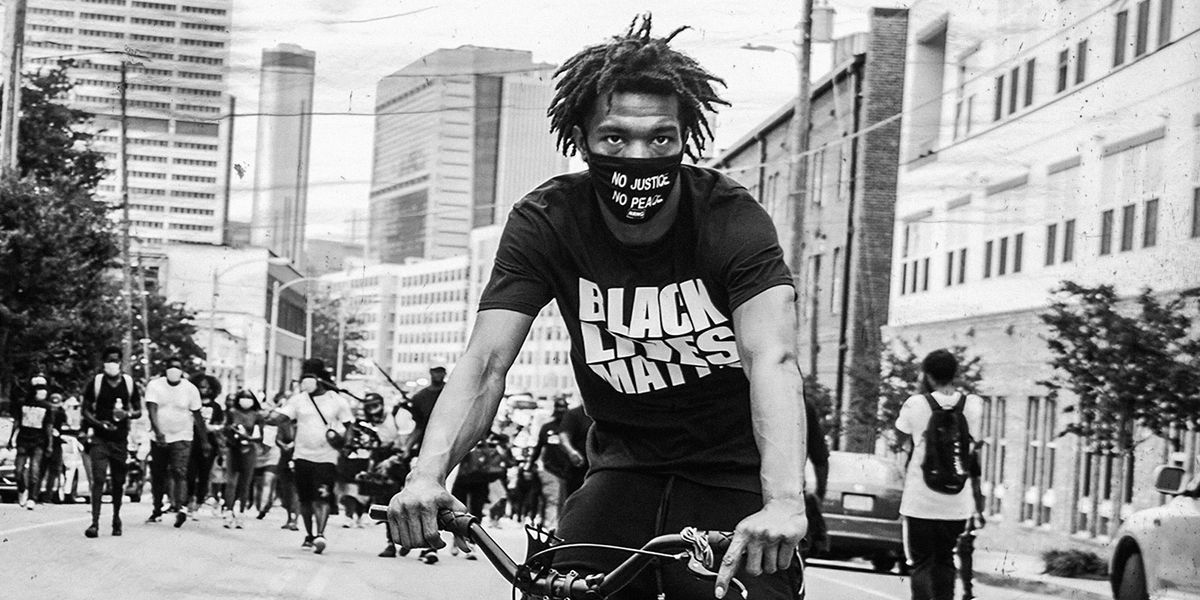 Lil Baby Wants You to See 'The Bigger Picture'

Today, Atlanta rapper Lil Baby released his new track "The Bigger Picture," in response to the killings of George Floyd and Breonna Taylor, reflecting on police brutality and racial tensions in the US. The lyrics speak for themselves.

The chilling song opens with clips from news broadcasts reporting on the nationwide protests, mixed with protestors' chants of "I can't breathe" — the last words uttered by George Floyd before his death. The track continues as Baby shares personal anecdotes on altercations with law enforcement, ultimately expressing his pledge to make the most of his years while he's still alive.

The chorus dictates what protestors are fighting for is "bigger than Black and white." It's deep-rooted, it's systematic and it's going to require a lot of time to change. "But we gotta start somewhere," he continues with optimism.

According to a release from Pitchfork, Lil Baby will donate proceeds from his new track to the Bail Project, the National Association of Black Journalists and Breonna Taylor's legal team.

Ultimately, Baby's "The Bigger Picture" is a call to action, encouraging his fans to vote, both in his lyrics (But I'm telling my youngins' to vote/ I did what I did cuz I didn't have no choice or no hope) and in a dedicated Instagram post: "If we want to think about change, we have to start using the power we have." If we want to see change, we have to vote for those who will fight for us.

Stream "The Bigger Picture" below: