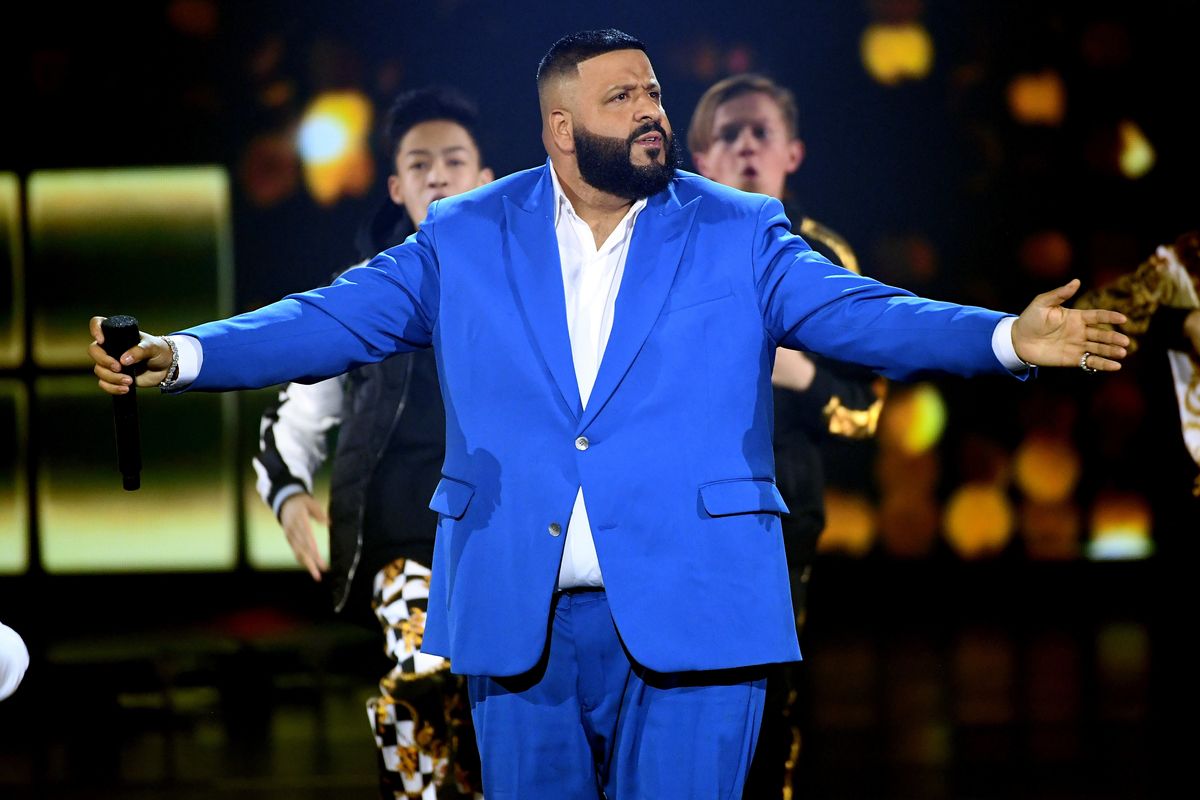 DJ Khaled Is Suing Billboard Because His Album Didn't Go No. 1

You might've heard DJ Khaled had a little bit of a meltdown his new record Father of Asahd failed to unseat Tyler, The Creator's IGOR from the No. 1 spot on Billboard's Top 200 Albums chart. Page Six reported that the rapper-hype man stormed into his label's office and "threw a temper tantrum." Now, the outlet is reporting that Khaled is planning a "monster lawsuit" against Billboard for how they calculate chart rankings.

Related | Tyler, The Creator's 'IGOR' Is a Shapeshifting Collage

Technically, Father of Asahd had more streams than IGOR, according to the New York Times. However, Billboard reportedly disqualified more than 100,000 of Khaled's sales, which came from a bundle deal with an energy drink. Bundle deals are an "age-old gimmick" according to a new Times report on the phenomenon, but as they've become much more common to make up for streaming's devastation of album sales, they've come under scrutiny for how they bribe people to purchase music.

Khaled's beef is really with the fact that Tyler, The Creator also offered bundle sales (IGOR was packaged with T-shirts, stickers and "Vote Igor" lawn signs) which were counted toward album numbers. According to Page Six, Billboard promised Khaled's label the bundle sales would be counted.

However, the charting organization allegedly took issue with how Khaled's marketing campaign encouraged unauthorized bulk sales on e-commerce site Shop.com. According to the Times, "One blog post from the company, for example, told its members to buy 12 packages to 'push DJ Khaled and Market America to No. 1!'"

Related | Asahd Khaled Is the Fresh Prince of Hip-Hop

Deanna Brown, the president of the Billboard-Hollywood Reporter Media Group told the Times, "We saw an organization encouraging purchases among their members by promising them material and organizational benefits." Billboard has announced plans to tighten its rules rules around bundling.

Khaled's lawyers have reportedly sent a letter to Silvio Pietroluongo, SVP charts and data development at Billboard, detailing their plans for a suit.

I'd say "come on, be a good sport" but hey, if you made an album designed for commercial impact, pulled strings with all your famous friends, and couldn't nab it, maybe you'd be grouchy too.