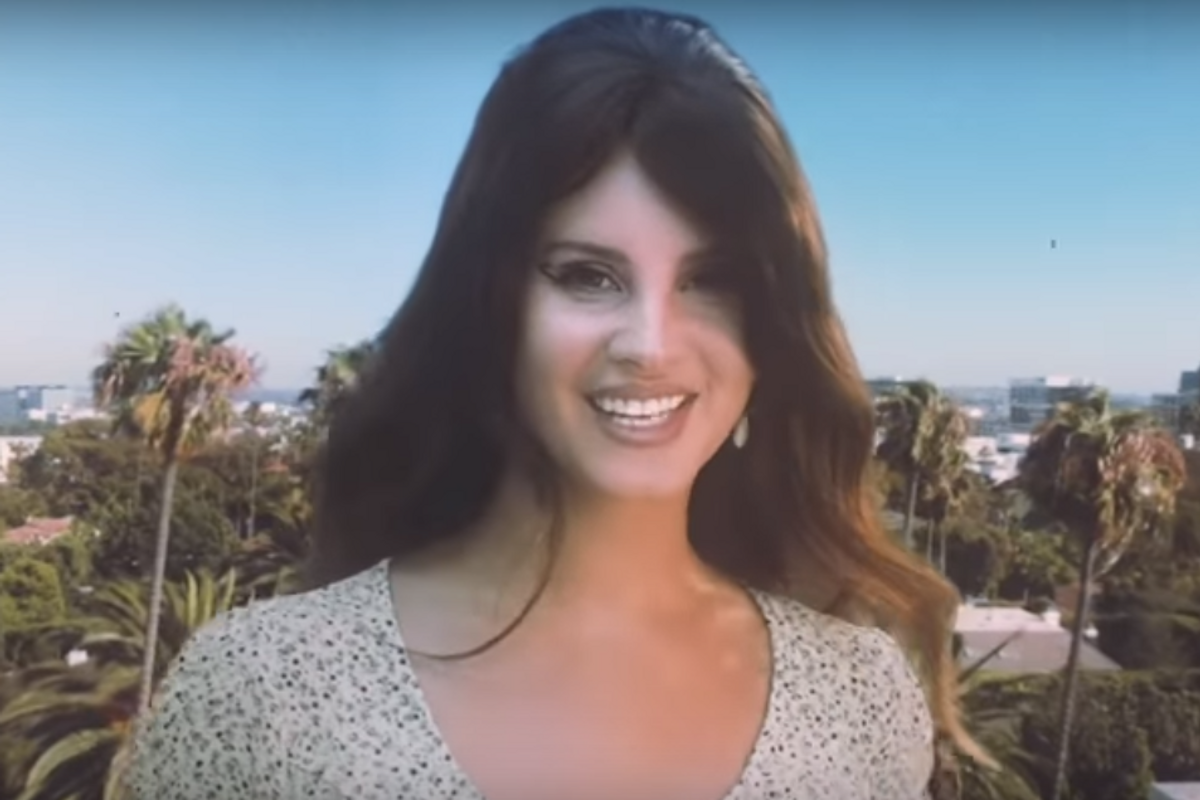 Lana Del Rey Is a Venice Godzilla in 'Doin' Time'

By all appearances, Lana Del Rey is having a blast these days, from being an Instagram baddie and lying around on the beach to sharing poems from her upcoming poetry book.

Lana's winning streak is made quite clear in the new video for "Doin' Time," the Sublime song she covered for their recent documentary, which also appears on Norman Fucking Rockwell (out at midnight!). In the clip, Lana is a supersized, smiling God(dess)zilla roaming the glimmering streets of Venice. Unlike the original inspiration, she's not destructive by nature.

She's careful to step over highways full of cars rather than on them, pausing to drink from a water tower. She soon relaxes at the beach, of course, as the screen pans out to reveal that the giant Lana is part of a drive-in movie. We see Lana in a plastic-looking blonde wig, channeling her past life as Lizzy Grant, whose beau sneaks off to suck face with another girl.

Like in the "Fuck It I Love You/The Greatest" double video, Lana is smiling a lot throughout, which basically is balm to our souls. Lizzy Lana and Godly Lana ultimately form an alliance in the video, which I won't spoil for you. But we stan a cute concept video from a cute conceptual queen.