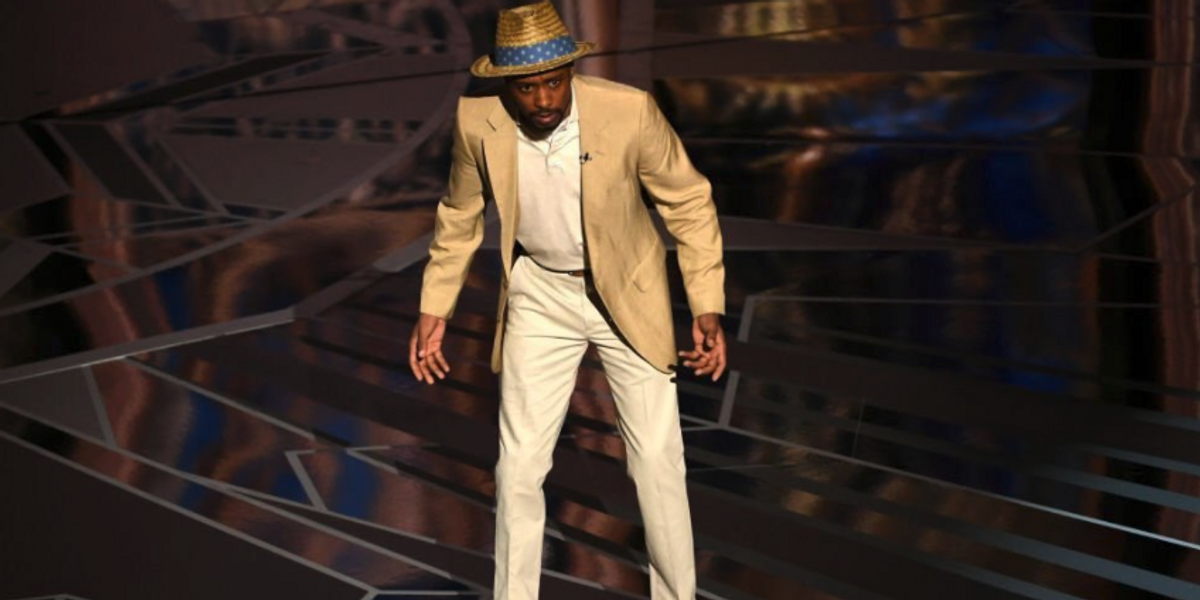 Moments after being brought out on stage as his terrified, trapped character from Get Out to yell at the audience, "Get out!" to awkward laughter, Lakeith Stanfield took to Twitter to acknowledge what the rest of us were feeling too:

Not only did the moment last a little too long, but it also felt strange to have a laugh at the film's main premise given that some Academy voters reportedly didn't even bother to watch the film.

I didn't like this. Not one bit. Somehow every time white people make a joke with or about black people...it always manages to come off very offensive. as if we're there to entertain them. Am I being too woke? 🤔 https://t.co/NQo1PqMUZW
— Jaleesa Lashay (JA) (@JaleesaLashay) March 5, 2018

Another awards show, another evening of uncomfortable moments.