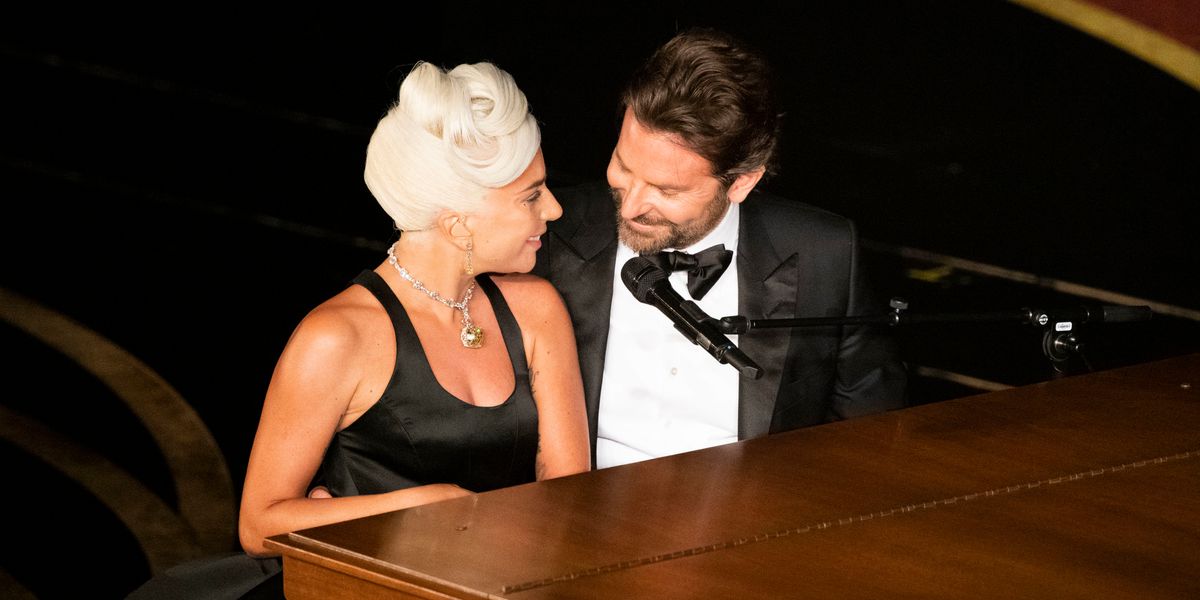 Ally and Jackson Maine shippers, it's time to stop clutching to what will never be. Lady Gaga has officially been spotted kissing a brand new boyfriend, and he in no way resembles Bradley Cooper, her A Star is Born director, co-star, and rumored IRL love interest. In a luxury hotel room somewhere, Irina Shayk looks up from her phone and breathes a cautious sigh of relief.

Paparazzi caught Lady Gaga eating brunch and making out with audio producer Dan Horton over the weekend in Los Angeles, and Horton has subsequently made his Instagram profile private, so you know things must be serious. The couple likely met while Horton was working on her Las Vegas "Enigma" residency; he has also worked with the likes of Jay-Z, Bruno Mars, and Jimmy Fallon.

So! That surely means Lady Gaga and Bradley Cooper are definitively not engaged in a scandalous secret love affair, despite the escalating rumors that emerged after Shayk and Cooper ended their relationship post-A Star is Born press cycle. Lady Gaga called off her engagement with Christian Carino late last year, which was considered interesting timing, given her and Cooper's blatant chemistry. Since her break up with Cooper, Shayk has snagged a Harper's Bazaar cover and posted plenty of hot Insta pics, one of which Carino went so far as to cheekily "like."

Now Little Monsters and the rest of the internet can calmly move on, or perhaps divert our energies to deciphering Camila Cabello and Shawn Mendes's suspiciously promotional relationship.