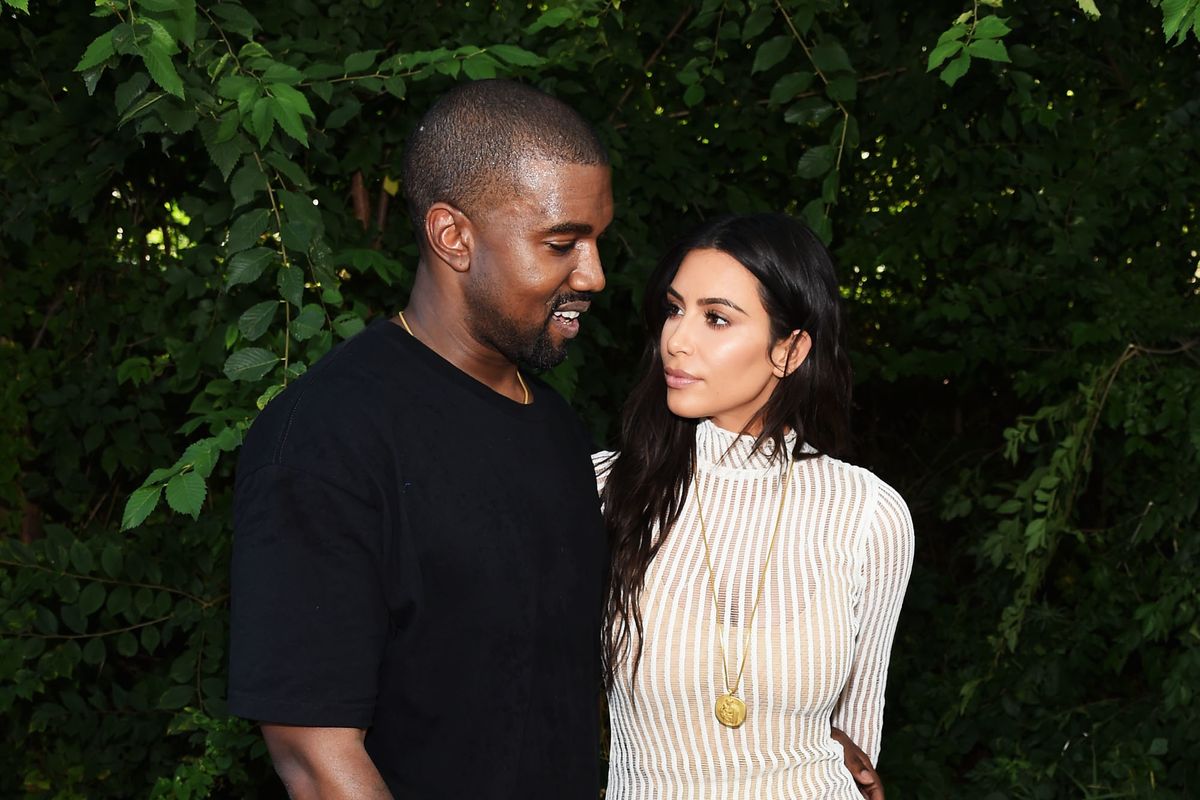 It has been virtually impossible to escape Kanye West in the past few weeks. The controversial rapper has made headlines on the daily doubling down on inflammatory statements and failing to deliver a new album after ranting on SNL. It has been more than a little difficult to keep up, things slip through the cracks, but we did manage to catch an interesting tidbit from Kim Kardashian, on Ashley Graham's new podcast no less!

On the debut episode of model Ashley Graham's podcast Pretty Big Deal, Kardashian shared that Kanye had gifted her a million dollar check and a contract for part-ownership of sneaker and clothing brand Yeezy, as a mother's day present. Kardashian explains that she had previously been offered a million dollar endorsement deal for a social media post with a brand that "typically knock[s] off Yeezy."

Kanye apparently was too thrilled about the opportunity. "He was like, 'No, babe, I really don't want you to do that,'" Kardashian recounted. "It's understandable, but that's a lot of money!"

Kardashian eventually turned the offer down and Kanye expressed his gratitude by surprising her with flowers and an envelope containing the check, the contract, and note that read "Thank you for always supporting me and not posting."

Kardashian has been involved with Yeezy before as a model and ambassador for the brand but now a part-owner of the billion dollar company it will be exciting to see what new perspective she will bring forward. Listen to the full episode of Ashley Graham's Pretty Big Deal below.