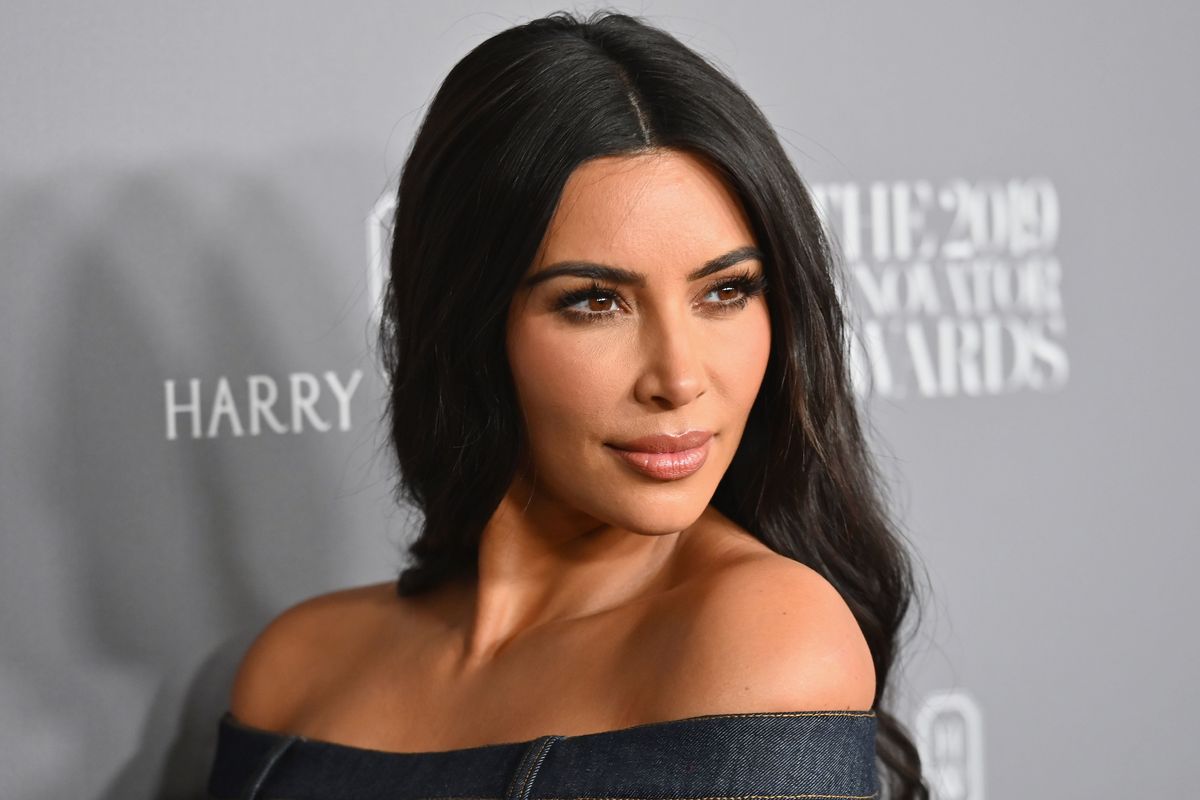 Kim Kardashian Criticized For 'Centering Herself' With Prison Reform Podcast

Kim Kardashian is facing criticism for "centering herself" with her forthcoming podcast about criminal justice and reform.

Earlier this week, it was announced that Kardashian had inked a deal with Spotify for an exclusive podcast — which she's co-hosting and producing with Lori Rothschild Ansaldi — about the topic. According to reports, the aspiring lawyer will use it to highlight her involvement with the Innocence Project, a non-profit dedicated to exonerating wrongly convicted individuals through DNA testing.

However, much of the long-running discussion surrounding the flaws of the criminal justice system has been spearheaded by Black people. With that said, Kardashian's ability to get a podcast deal that spotlights efforts built upon the pivotal work already done by Black women lawyers is quite the reach, as many online have pointed out.

"There are actual factual Black people who have dedicated their life to prison reform. But they don't have Kim Kardashian's whiteness and money, so they won't get a podcast deal or the recognition for their work," The Grapevine wrote in a tweet. "This is white supremacy in action."

There are actual factual Black people who have dedicated their life to prison reform. But they don’t have Kim Kardashian’s whiteness and money, so they won’t get a podcast deal or the recognition for their work. This is white supremacy in action. https://t.co/3OQw3118nH

And while others argued that there was something to be said about the importance of using one's platform to advocate for reform, as the show noted, the right way for Kardashian to actually use her privilege would have been to "[amplify] Black ppl who do the work by getting them to host the podcast. Not centering herself."

Using her privilege would be putting her name behind this podcast s an executive producer, and amplifying Black ppl who do the work by getting them to host the podcast. Not centering herself.

Neither Kardashian nor Spotify have yet to respond to the backlash, but in the meantime, see what others are saying, below.

Kim Kardashian should use her privilege to move aside and allow the Black women lawyers, Anne Barnett, Topika Sam and MiAngel Cody, who are actually freeing incarcerated people, who have been committed to this work and The Decarceration Collection, for far longer to speak.

Kim Kardashian really gets praise for slapping her name on the work of black female lawyers. pic.twitter.com/nvGH8uCz5c

is this what @Spotify decided people really want and need right now? this is the cyclical and unchallenged way white supremacy maintains its vanity projects.

That’s why it gets on my nerves when ppl be like ‘’She does more than our ppl’’. I mean, she has more leverage and she makes every moves public. Just like you said, our ppl BEEN doing this but because they’re not as famous.... pic.twitter.com/aUjJnQ0mEv