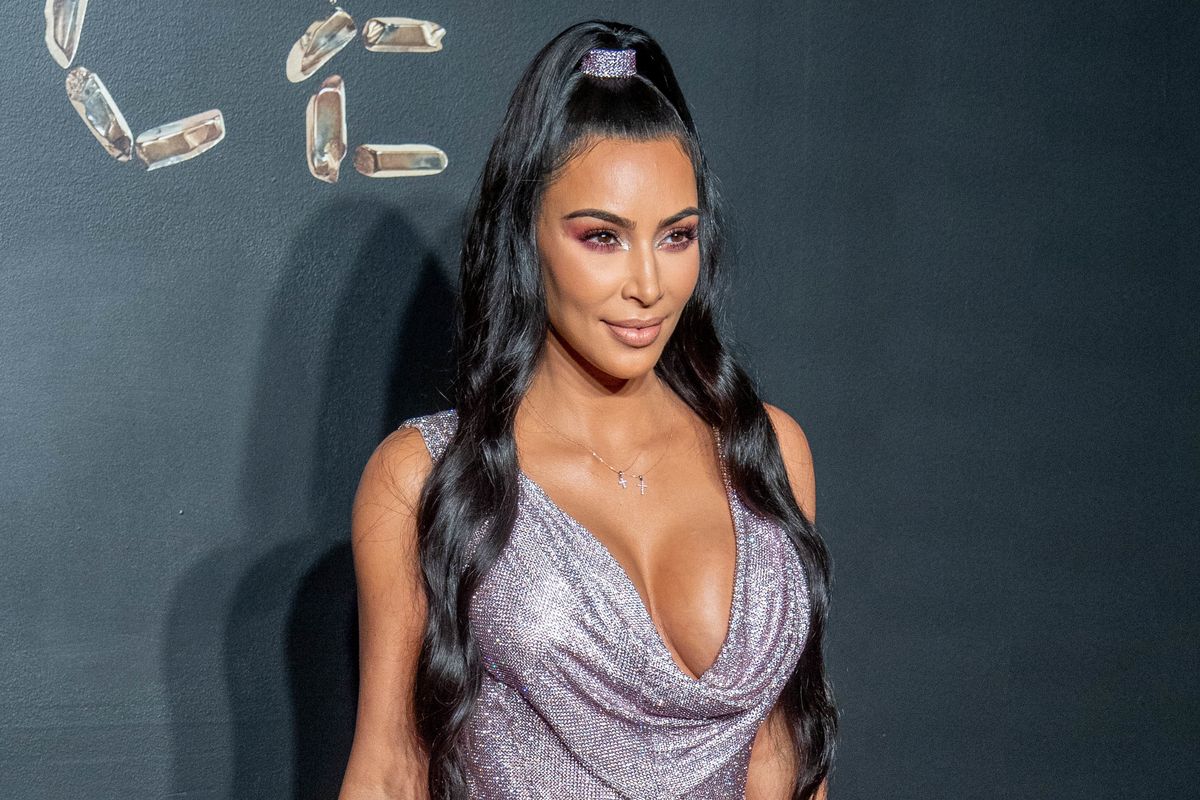 Kim Kardashian disarmed the recent Naomi Campbell-copycat cold war today, with a simple acknowledgement that the Versace muse supermodel is (obviously) a style inspiration. She shared photos of herself in the lacy aqua, green and purple Versace slip dress she wore to Chance The Rapper's wedding with the caption "Naomi Forever."

The vintage dress is one of Kim's recent (until now, uncredited) homages to Naomi Campbell's iconic '90s Versace style that have been raising eyebrows — including those of fashion copycat whistleblowers Diet Prada.

Side-by-sides comparing recent photos of Kim with '90s shots of Naomi in nearly identical outfits — now leopard-print bodysuit, a cage-neck leather mini-dress, a silver ruffled mock-neck gown, a liquid glitter cowl neck dress, plus the aforementioned Easter-colored slip which Naomi once war down a 1996 runway — have been circulating online. Folks online have pointed out the comparison's are especially hard to ignore given Kim's long dark hair extensions.

Diet Prada ™ on Instagram: “Hey Fashion Nova, here’s a tip... you can just go ahead and copy any 90s Versace Naomi wore instead of secretly collaborating with Kim lol.…”

It didn't help the bubbling tension when Kylie Jenner posted a photo of herself in a crystal-studded glasses and kerchief-style choker set, reminiscent of some 1995 Rifat Ozbek accessories custom-made by Michael NGO for Naomi.

Diet Prada ™ on Instagram: “Kylie Jenner in a rip-off Rifat Ozbek 1995 crystal accessories set custom made by Michael NGO. Guess the 90s Naomi inspiration is a…”

Shortly after Kylie posted her bedazzled glasses pic, Naomi re-shared a photo her in the Rifat Ozbek originals, suggesting she wanted to let folks know who wore it first.

Naomi's influence is ubiquitous in fashion, where she remains such a formidible presence that it would be almost absurd for anyone to genuinely try to "rip her off." However, Kardashians have such a massive platform that their audience is quick to credit them with starting the trends or styles they draw inspiration from, so there's a particular concern over celebs like Kim giving credit where credit is due.

She tagged Naomi in the recent shout-out, so Kim clearly wants the supermodel and the rest of her 132 million followers to rest assured that she knows who the queen is.