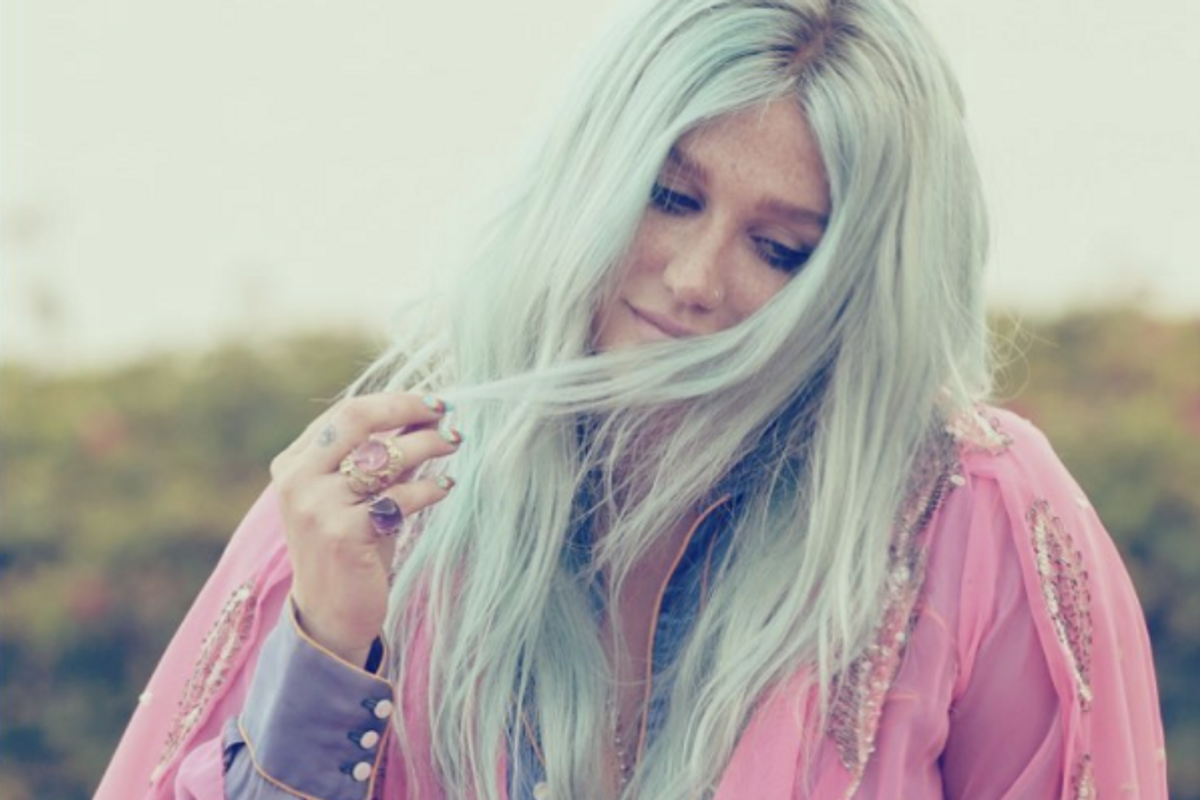 Kesha's Latest Song Is a "Hymn for the Hymnless"

In her fourth release from her highly-anticipated upcoming album Rainbow (out August 11th), Kesha sings a "hymn for the hymnless." Following "Praying," "Woman" and "Learn to Let Go," "Hymn" is a song for "the kids with no religion," as Kesha sings on the Ricky Reed and Jonny Price-produced track, and was inspired by her fans and her experiences joining in protests over the past year.

"I think there has never been a more important time for dreamers to be outspoken about their beliefs," she continued. "I was recalling times I've gone out into the streets over the last year to make known how I feel about certain issues when writing lines like, "Go on, read about us in the news ... After all we've been through/ No, we won't stand and salute ... If we die before we wake/ Who we are is no mistake/ This is just the way we're made." I personally will never stop fighting for equality for all humans. That is the passion behind this song."

You can read the full essay here.


Listen to "Hymn" below: