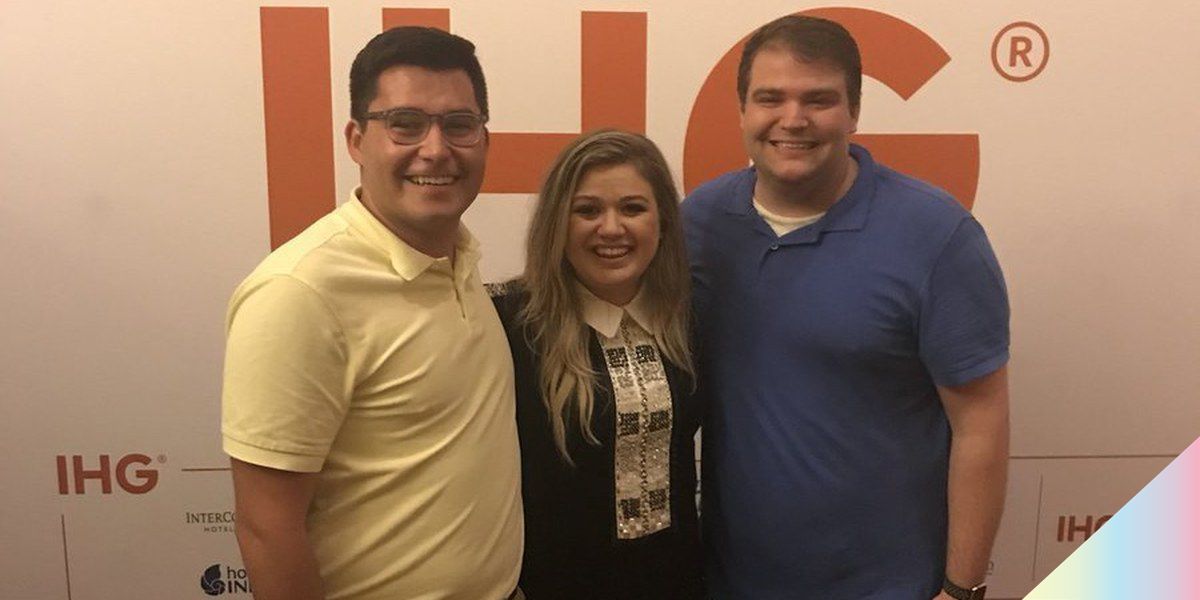 Kelly Clarkson Helped a Gay Fan Propose to His Boyfriend

Kelly Clarkson has proved herself time and time again to be an adorable angel of Earth, and the latest example of her relatable greatness comes in the form of her helping a gay fan propose to his boyfriend.

Fans and cute couple Alex Malerba and Justin Blake went to the Venetian Resort in Las Vegas (highly recommend) to see Kelly perform. Alex had arranged for them to meet Kelly backstage for a photo op, but his boyfriend was not prepared for what would happen next. At lightning fast speed, Alex got down on one knee and Justin said yes.

Of course, Kelly was visibly thrilled and uber-enthusiastic for the new fiancés, hugging the duo as much as she possibly could. In typical Kelly fashion, when they told her how long they've been dating, she yelled, "It's about time!" then demanded that they take an after-proposal photo. Clearly, her priorities are straight. See photos from the adorable moment below.

Asking the love of my life to marry me in front of the one and only @kellyclarkson was an amazing moment!!!! HE SAID YES
A post shared by Alex Malerba (@alex_malerba) on Jun 21, 2017 at 7:22am PDT