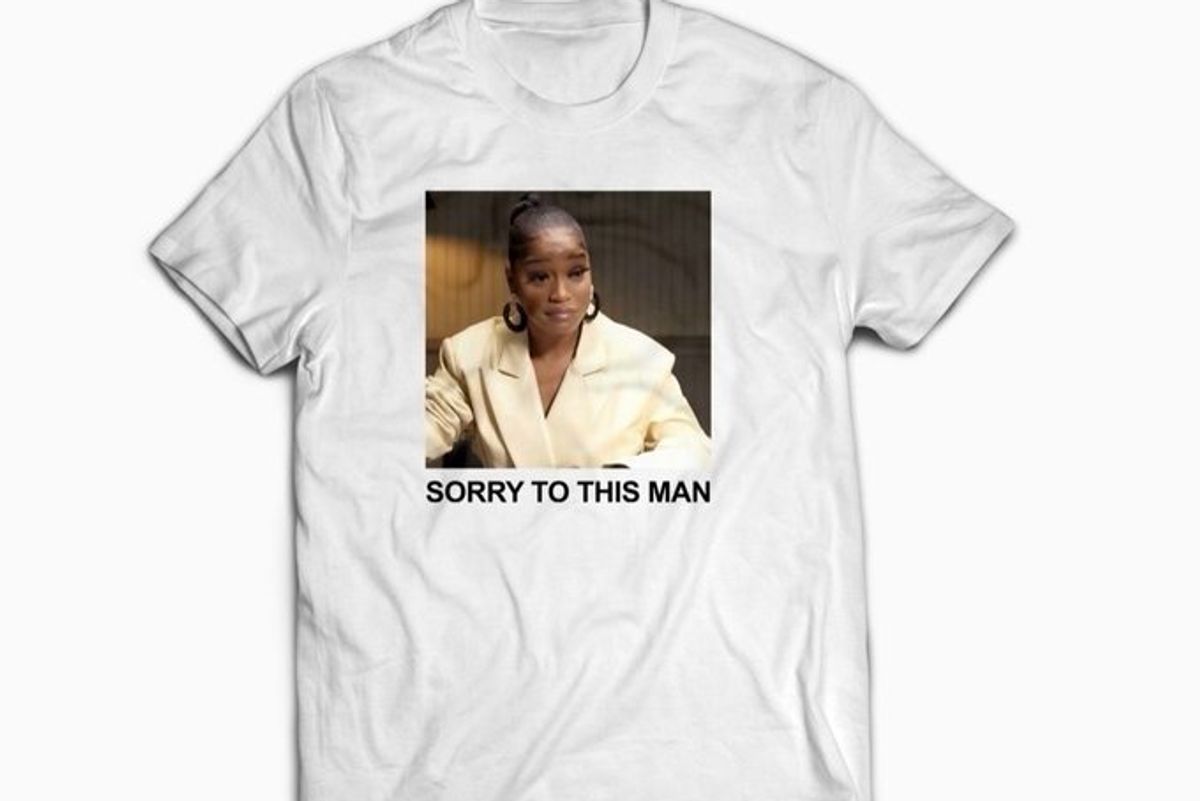 Keke Palmer Made 'Sorry to This Man' Merch

Her mind. Keke Palmer, scene stealer in Hustlers and also that unintentionally hilarious Vanity Fair video interview where she (now famously) was unable to identify Dick Cheney, has dropped a line of "sorry to this man" merch that monetizes her very quotable apology to the 46th Vice President.

Related | If You Didn't Know Who Keke Palmer Was, You Do Now

The collection includes a "sorry to this man" hoodie, hat, and simple tee — standard wardrobe basics to get you through the fall, with a memey twist. The tee and hoodie include a screenshot of Palmer looking confused in the Vanity Fair video.

If you somehow missed it, Palmer went viral last week after admitting she had no idea who Cheney was while strapped up to a lie detector. "I hate to say it. I hope I don't sound ridiculous. I don't know who this man is," she said, when confronted with a photo of Cheney. "I mean, he could be walking down the street, and I wouldn't know a thing. Sorry to this man." (Palmer starred in the Nickelodeon kids' sitcom True Jackson, VP, hence the veep theme.)

Palmer has unfortunately since been informed about Dick Cheney's various accomplishments, and the actress didn't like what she found out. During a panel appearance in Brooklyn to promote Hustlers, she told the audience her mom had got her up to speed. "It was so crazy. My mom was like, 'You didn't know who Dick Cheney is?'" she recalled. "I said, 'We don't even talk about Dick Cheney!' and then she tried to tell me what he was about, and I said, 'I see why we don't talk about him!'"

A genius business mind, Palmer worked quickly, and announced the merch collection today. Go ahead and purchase a piece of American history via her official web store. May as well add a pair of iridescent "twerk n flirt" shorts to cart while you're there.