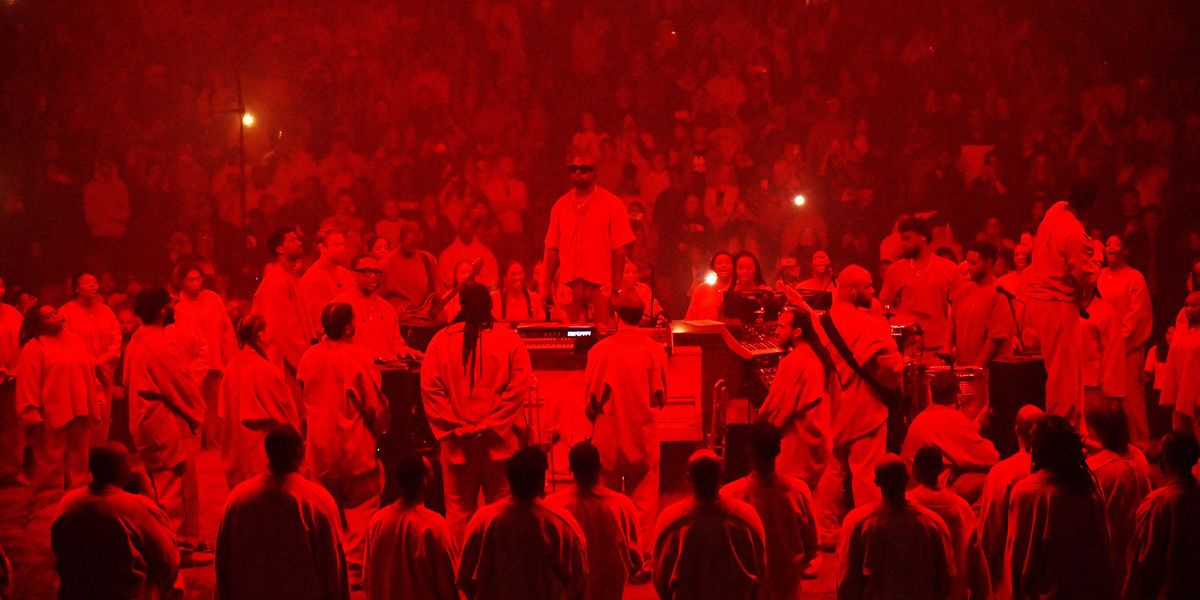 After causing a stir this past February during Paris Fashion Week, Kanye West is apparently reviving his Sunday Service show once again for Easter Sunday. This time, however, it's going digital.

Typically an exclusive affair reserved for last minute pop-ups and celeb gatherings, it seems West's Sunday Service series is opening up to a wider audience thanks to controversial televangelist, Joel Osteen. According to TMZ, in light of the ongoing coronavirus epidemic the two are teaming up on a big gospel performance that will broadcast from LA and be livestreamed via Osteen's Lakewood megachurch.

The upcoming Easter livestream is also said to feature guest appearances by Tyler Perry and a special webcam performance of "Hero" by Mariah Carey as part of a tribute to medical professionals, making it potentially one of the most star-studded church services ever.

Sunday Service first started cropping up in the wake of West's album, Yandhi, getting scrapped, beginning as small jam sessions in his Calabasas home and eventually culminating in the show's 2019 Coachella debut. That was the start of West's "Come to Jesus" year, when he declared himself a "Christian artist now," and released his most overtly religious album to date, Jesus Is King. He also continued throwing intermittent Sunday Service shows in lieu of a proper tour.

This Easter livestream isn't the first time that West has courted the company of Osteen either. Last fall, West came under fire after he appeared as a part of a Lakewood service, and rumblings that the two could embark on a tour together began to surface. Many pointed out Osteen's history of problematic behavior, including closing his church doors during Hurricane Harvey, failing to condemn racism in the wake of the Charlottesville rallies and repeatedly calling homosexuality a sin.

Many feared that Osteen was merely taking advantage of West's renewed faith in order to seem more progressive, but if this upcoming virtual Easter service is any indication, the rapper doesn't seem the least bit bothered by those assertions.