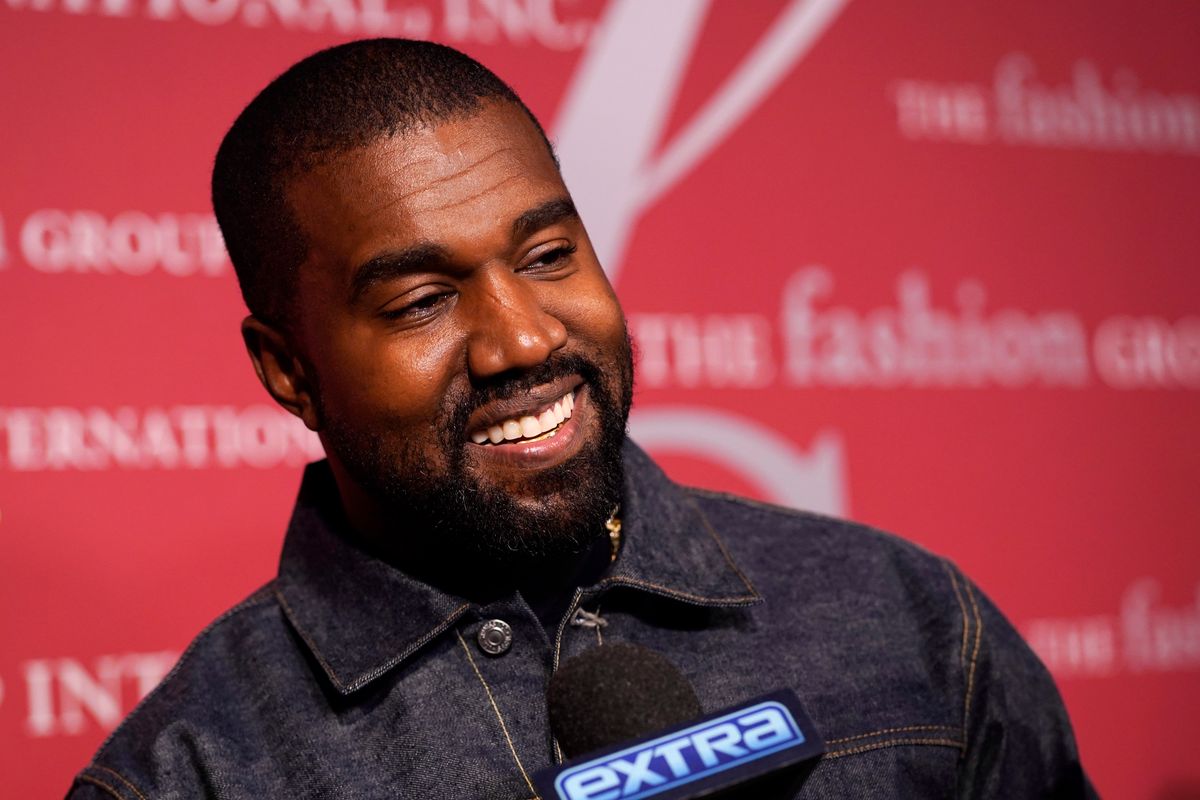 Kanye hung up his MAGA hat last year to make room in his heart for Jesus. But it's back!

In an interview with Big Boy for his Jesus Is King press tour, he gave his thoughts about abortion, contraception and other political subjects. His comments were vague and grammatically nonsensical, but he more or less indicated that he's anti-choice, reified the right wing conspiracy theory that Democrats delight in abortion, and organizations like Planned Parenthood push them on women, in particular Black women.

"We're brainwashed out here, bro. Come on, man," West said when asked about his support for Donald Trump. "This is a free man talking. Democrats had us voting [for] Democrats with food stamps for years. What are you talking about? Guns in the '80s, taking the fathers out the home, Plan B, lowering our votes, making us abort our children. Thou shall not kill."

"As Black women, we make our own decisions about our bodies and pregnancies, and want and deserve to have access to the best medical care available," said a spokesperson via TMZ. "Misinformation like this is meant to shame us and keep us from making our own health care decisions. Black women want and deserve support and access to the full range of reproductive health care, but this persistent lie is threatening our ability to obtain it."

Respect for women's autonomy and sexuality has also never really been Kanye's thing. He's consistently (and publicly) tried to control his wife Kim Kardashian's image, telling her what she can and can't wear. Recently, he said on Keeping Up With The Kardashians, that he doesn't like when Kim's "pictures are too sexy."

On My Beautiful Dark, Twisted Fantasy, Yeezus and Life of Pablo, his songs were imbued with suspicion and anger towards women. By the time we get to Jesus Is King, they're literally only virgins and whores."When you got daughters, always keep 'em safe," he sings on "Closed on Sunday." The song ends on the line: "I got my weapons in the spirit's land/ Jezebels don't stand a chance."

Related | Breaking the Silence Around Abortion

There's little Kanye can say that'll surprise anyone anymore. But as the GOP launches a full-on war on abortion intended to end with the Supreme Court overturning Roe V. Wade, it's especially disappointing to see the rapper wandering so fecklessly into a debate that doesn't need one single more male voice in it.