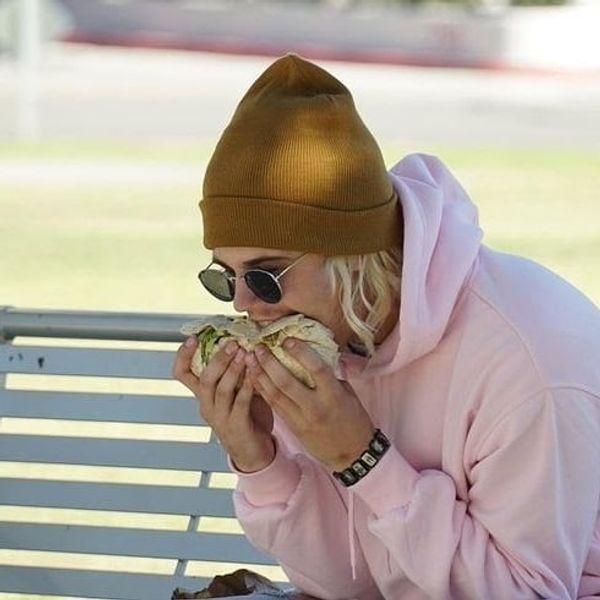 In an unexpected turn of events, it's been revealed that the viral photo of Justin Bieber eating a burrito sideways is a total fake. The whole meme-able snap was staged by social experimenting content creators on YouTube, Yes Theory. The group posted a video explaining the viral pic on their channel.

Initially, The Blast was able to track down the supposed photographer who caught the "real Justin Bieber" munching on the Mexican treat on a park bench in West Hollywood. The information "Conor" had given the publication checked out, and, surely, the seeming legitimacy of the photo had everyone fooled. This included numerous news shows, as well as online publications. Conor even ended up doing interviews with a number of prominent websites.

As it turns out, the elaborate prank involved flying Justin Bieber lookalike Brad Sousaa over from Canada, dressing him up as the singer, and simply allowing the magic of Reddit to help the picture work its way to viral-dom. In the video, the guys of Yes Theory said that this has always been something they wanted to do just for kicks, but also to send an important message. "We wanted to prove a point that staging a story, as goofy as it was, can be done much more easily than people can imagine."

Watch everything unfold in the video below.

Patti Harrison and Sasami Riff for an Hour Straight