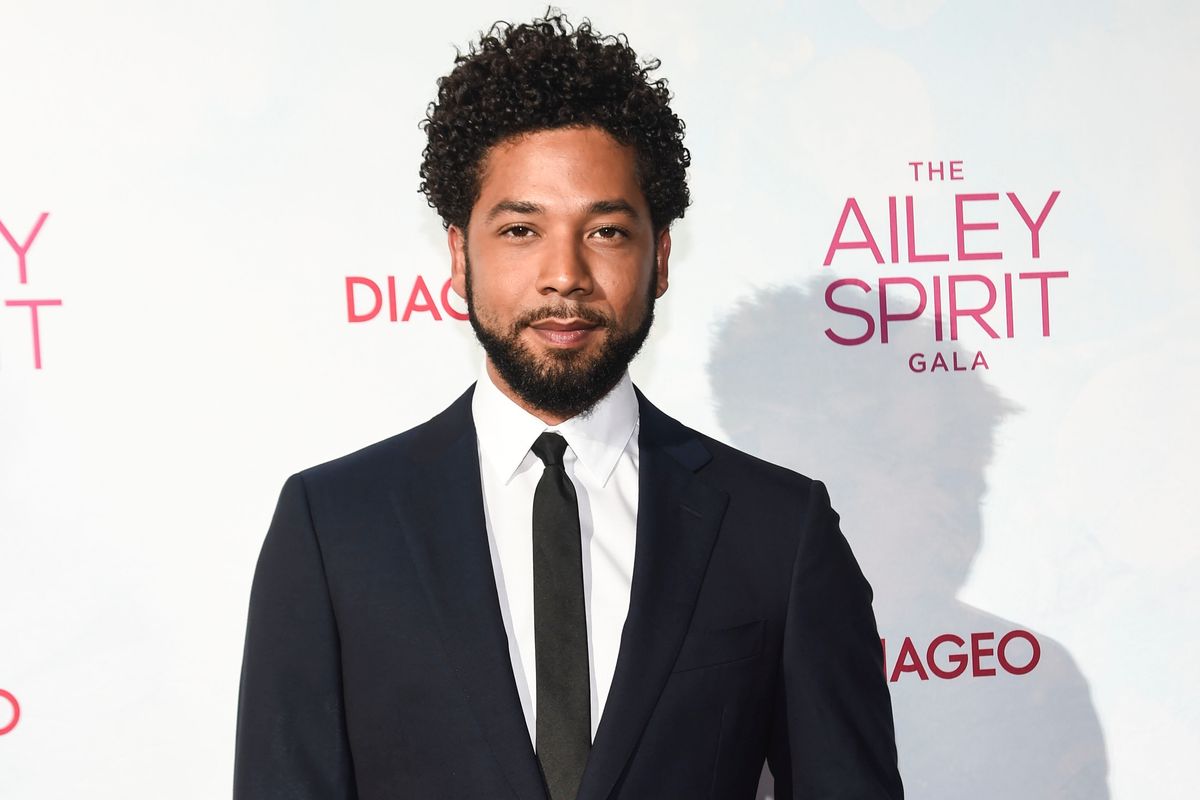 Empire actor Jussie Smollett gave his first interview since being the victim of a potential hate crime in Chicago. He spoke with Good Morning America's Robin Roberts, explaining that he's "pissed off," both about the attackers and by those who have questioned the validity of his story.

Smollett was attacked on January 29 near a subway station by two masked men shouting racist and homophobic slurs. Some voiced doubts about the events, after police were unable to find surveillance footage of the attack and because Smollett, who claims he was on the phone with his manager during the attack, initially refused to hand over his phone to the police. He later submitted "heavily redacted" phone records to the police. Despite this, according to the New York Times, Chicago law enforcement has said that they have no reason to doubt Smollett's story.

"It feels like if I had said it was a Muslim, or a Mexican, or someone Black, I feel like the doubters would have supported me much more," Smollett told ABC's Robin Roberts. "A lot more."

Smollett gave an extremely detailed account of the attack, explaining that he had left his apartment to get some food, and was on the phone with his manager, Brendan Moore, when he heard someone call "Empire!," which he didn't respond to.

He stopped when he heard a racial slur. "So I turned around and said 'What the f**k did you just say to me' and I see the attacker masked," Smollett said, appearing to get emotional. "He said 'This MAGA country n****r' and he punched me in the face so I punched his a** back." After the attackers ran away, Smollett says it wasn't until he picked up his cell phone, which had fallen to the ground, the call with Moore still running, that he realized one of the attackers had slipped a rope around his neck. "I noticed the rope around my neck and I started screaming 'There's a f***ing rope around my neck," he said.

Smollett explained his reluctance to hand over his phone records:

The police have released images of two possible suspects caught on surveillance camera, who Smollett said he's convinced are his attackers.

Smollett said. "...When that was released, I was like, 'O.K., we're getting somewhere.' I don't have any doubt in my mind that that's them. Never did."

He expressed frustration with the stories spurred by the police's lack of leads: "I've heard that it was a date gone bad, which I so resent that narrative," Smollett said. "I'm not going to go out and get a tuna sandwich and a salad to meet somebody. That's ridiculous and it's offensive."

Smollett also responded to Trump's acknowledgement of the attack. Trump said to reporters that the attack was "horrible. It doesn't get worse." As the New York Times points out, however, Donald Trump Jr. later retweeted an article questioning Smollett's refusal to turn in his cell phone.

"I saw it. I don't know what to say to that. You know, I appreciate him not brushing over it." said Smollett.

Smollett also confirmed that he believes the racist hate mail sent to Fox studios the week before the attack, which read "Jussie Smollett you will die" and included a drawing of a stick figure hanging from a tree, is related to the incident.

The actor teared up while he speaking about his message for fans: "I just want young people, young members of the LGBTQ community, young Black children to know how strong they are, to know the power they hold in their little pinky."

"I will never be the man that this did not happen to," Smollett said. "I am forever changed."