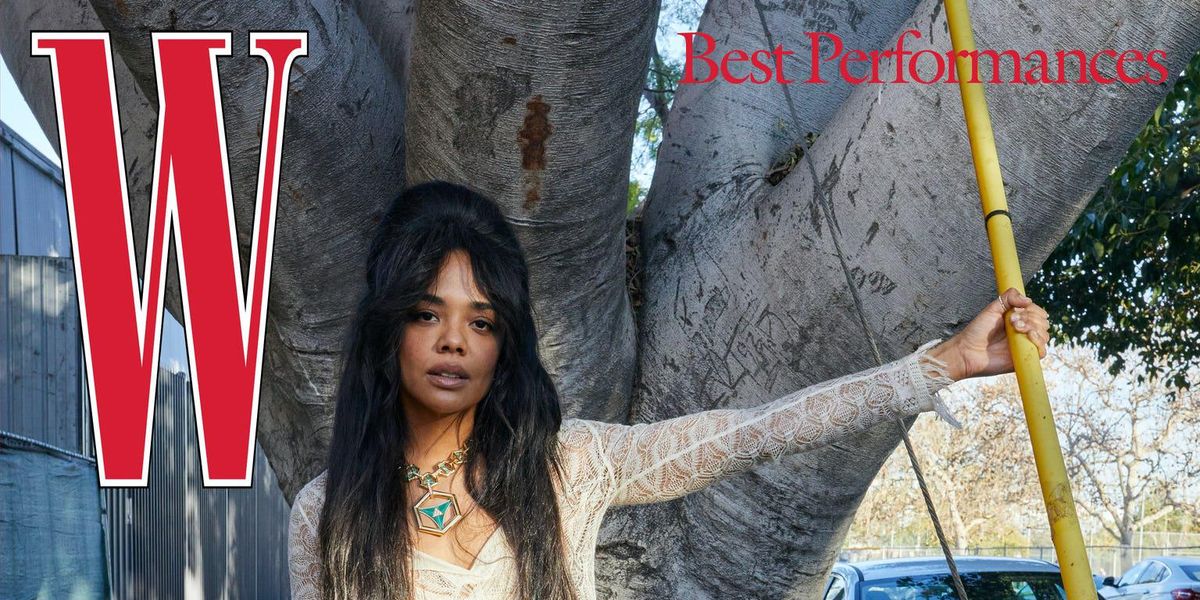 Juergen Teller's new photos for W magazine's annual Best Performances issue were instant meme fodder. Most people aren't fans of the shoot, which is being criticized as bizarrely disrespectful of its subjects, none of whom look particularly snatched. Featuring Tessa Thompson hanging out by some nondescript street parking and Steven Yeun sitting pensively on one of those folding IKEA chairs, the images have that flat, funny look you'll be familiar with from your own iPhone albums. There's something very 2009 Wordpress fashion blogger about them. The omnipresent neighborhood tree looks a lot like the one you took your graduation photos next to. According to Riz Ahmed, the whole point-and-shoot process took Teller (who he calls "the OG," for the record) a matter of seconds. And you can tell.

Love it or loathe it, the lo-fi approach is intentional. Anyone with elementary school-level media literacy can discern that these casual-seeming photos offer commentary on the de-glamorization of Hollywood during the pandemic. No red carpet premieres, no ritzy awards shows, not many open movie theaters, even. W's Best Performances issue is typically an extremely overproduced and artful affair celebrating a year of great cinema, and all that pomp would have felt out of place in 2021.

But they probably didn't want to do another one of those heinous early-quar Zoom shoots, either, and that's where Mr Teller comes in. The legendary fashion photographer was a perfect choice not only for his long standing relationship with W, but also his aversion to excess glamour. Teller came of age during the Kate Moss grunge era and has been making "ugly" pictures ever since. His recent work with smartphone cameras, which he has hailed for their accessibility, includes this head-scratching Kim and Kanye (RIP) shoot for System in 2015.

people upset with Juergen Teller are really upset with themselves for not realizing sooner they never had to work so hard
— Max Lakin (@Max Lakin)1614271671.0

The photographer's whole thing is obviously at odds with our opulently airbrushed visual culture, which is why it so easily sparks conversation. Instagram may give us the impression of having more unfiltered access to the lives of famous people than ever before, but in reality A-listers have never exerted tighter control over how the general public perceives them. Literally nothing you see on Kendall Jenner's feed is real, worthwhile interview access is granted only by the most inexperienced publicists and pop stars command vitriolic stan armies who will defend them from even the most valid critique. We've come to expect that our beloved celebrities will be treated with reverence by the lucky production teams who are allowed to shoot them. When they don't, we instinctively bristle.

Still. You do kind of wonder. Is Teller a thoughtful high cultural commentator whose artistic concepts just happen to require less work than most other people's? Or simply the archetypal lazy white man masquerading as a genius?