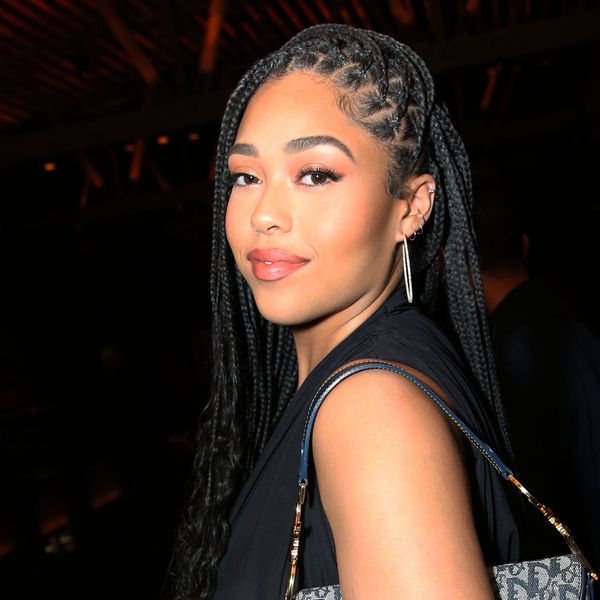 Larsa Pippen, professional friend to the Kardashians, has something to say. That something is this: Jordyn Woods and Tristan Thompson were vibing way before the infamous cheating scandal broke. She made the claim during an appearance on the podcast Hollywood Unlocked.

Supposedly, Woods and Thompson made others uncomfortable whenever they were in the room together. Which was often enough, because Woods and Khloe Kardashian used to be pretty close friends — Woods was at Kardashian's baby shower, and made frequent appearances at family events. Before Kylie Jenner kicked her out of the pool house, Woods had Calabasas inner circle privileges.

"There were other situations where they were in the same room together and it was like, a weird feeling," Pippen explained. When news of Woods allegedly hooking up with Thompson at a late night house party broke, Pippen said she was easily able to believe it. (Apparently Kourtney Kardashian had detected the duo's chemistry, too. Kim Kardashian, however, had been more willing to give Woods the benefit of the doubt. At first.)

Anyway, as Pippen would have it, this is a classic case of your boyfriend cheating on you with the close friend you always suspected was jealous of your relationship. The standard nightmare, basically.

Is Pippen a reliable source in this scenario? Is anyone? Did Kris Jenner orchestrate this entire drama so people would tune in to Keeping Up and turn around its flagging ratings? These are questions no one can answer, but it's unfortunately pretty fun to speculate.