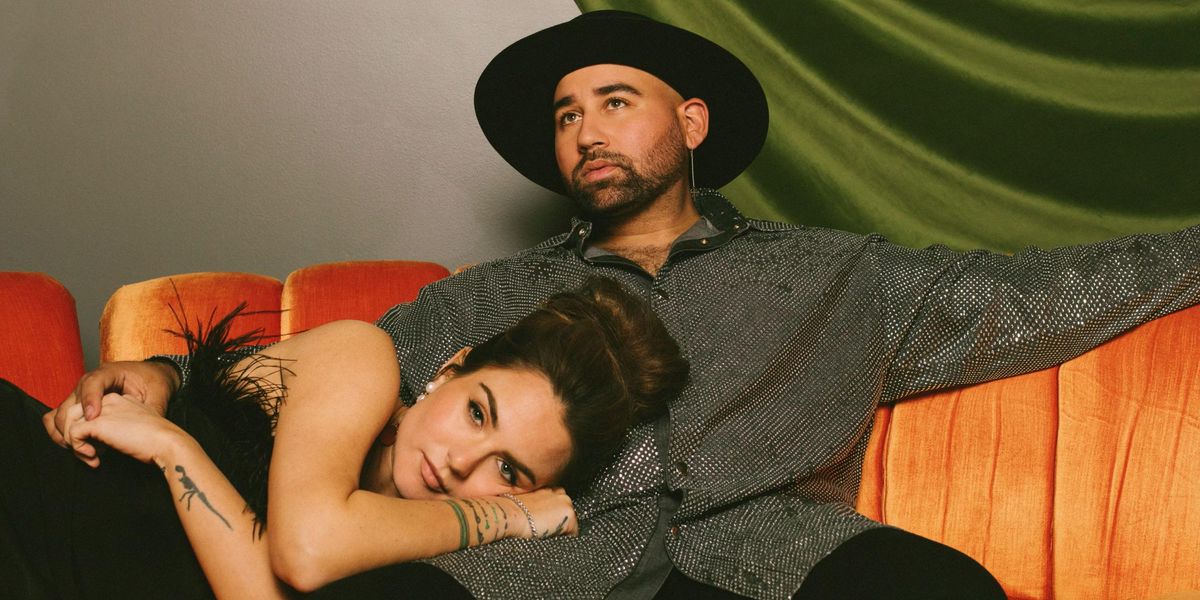 Parson James and JoJo have the kind of close friendship that we all could dream of, allowing them to freely discuss the trials and tribulations that they've gone through in their relationships over the years. It's what makes their recently released collaboration, "Dirty Laundry," so genuine and emotional, using their shared introspection to clue us into what it's like to deal with romantic issues alongside a supportive best friend.

The music video for "Dirty Laundry," out today, builds on the lyrics and makes us think about the secrets that have impacted our own experiences with love.

James, who found an international audience in 2015 after singing on Kygo's "Stole The Show," released "Dirty Laundry" last month. It was inspired by a man that he was dating during the COVID-19 quarantine who struggled with his sexuality and explaining himself. In a statement at the time of its release, James said that he reached out to JoJo for the collaboration because he "wanted to normalize platonic love and show an example of a gay man and his best female friend fully having each other's back."

Ahead of the release of the "Dirty Laundry" video, PAPER asked James and JoJo to connect for an interview between friends that isn't just about connecting them to the song — but also discovering the world around it. There's talk, of course, about their favorite lyrics from it as well as their guilty pleasures inspired by the song's secrets, but they also explore jumping out of planes and loving raccoons. It's funny — the song is about secrets and, here, James and JoJo tell the world a bunch of unknowns.

Here's the conversation between James and JoJo, below.

JoJo: If you had to join a cult led by one of your favorite artists, dead or alive, who would it be and why would you follow them?

Parson James: I love this question and I love cults. It would most definitely be Selena. Anyone who knows me knows that it's no secret I have an extreme obsession with her since I was a kid that I really can't explain. I would follow her mainly because of her charisma, charm, energy and talent. She was an extremely kind human that felt so warm and inviting. It seemed as though she had the ability to control any room she entered, so it wouldn't be too hard to get wrapped up in her cult. Also, she was a brilliant designer who made all of her clothing, so I could see myself becoming head house Cultress and getting all the new lewks.

JoJo: We've both been fortunate enough to see a lot of the world over the years, but where is your favorite place on Earth and why?

Parson James: New Zealand! Hands down no questions asked. Upon my first entry into the country, I was greeted with a language I hadn't heard before over the speakers of the airport that immediately felt calming to me. I then started seeing the Māori translations everywhere I went. It dawned on me how much respect they had for their indigenous people and it really made me emotional given how different the experience is for us here in America. That was when I first fell in love. In addition to that, the culture of kiwi people is just so progressive, welcoming, kind and beautiful. I've made so many wonderful friends and chosen family there. Not to mention the country is absolutely breathtaking on some Narnia looking shit. It's impossible to capture with a camera, it truly feels like magic when you're there. I definitely am gonna retire there, marry a rugby player and drink wine in my summer home on the side of an inactive volcano.

JoJo: If you had to eat one meal with no variation at all for the rest of your life, what would it be?

Parson James: I'm such a greedy bitch that's always ordering Uber eats from two different places because I want one thing from one and another thing from the other, so narrowing in on one is hard for me. However, I think I can safely say soul food has my heart. I could truly eat a delicious correctly seasoned fried chicken breast platter for the rest of my life with crystal Louisiana-style hot sauce and a dollop of ranch. Legs up enjoying the rest of my days with no fuss.

JoJo: Which wild animal do you resonate most with?

Parson James: A raccoon because I'm always getting myself into dumb shit and trash men.

JoJo: What impression do you most want to leave on people with your music and artistry?

Parson James: The thing that's important to me is that in 20 years a kid in high school can pull out a Parson James vinyl and it be a highly respectable thing to own and show off. I want to create timeless music that is wholly honest and authentic. I would hope that people say, "That man tells the truth," and though I don't always get it right in this wild ass life of mine, I'm always working through it for a silver lining. I hope that's audible and visible in my artistry. I think that's all of our hope.

Parson James: I know that you love discovering new things and I'm always inspired by how adventurous you are. When was the last time you tried something for the first time?

JoJo: When I jumped out of a tiny little airplane into the sky with a stranger strapped on my back a few months ago for my birthday! You know I was terrified, but I'm so glad I said "yes" to it. I felt so free and alive after that rush of adrenaline — being able to see the ocean, the land, the sky, all from up so high.

Parson James: What's the one decade you wish that you were able to live in and why?

JoJo: Damn, maybe the 1920's. Would be so interesting to see what a hundred years ago was like on some Great Gatsby shit. Jazz, prohibition, big cities and big entertainment in Harlem, Paris.

Parson James: Since our song is all about secrets, tell me one. What's a guilty pleasure of yours that would surprise people?

JoJo: If I told you it wouldn't be a secret, duh! My guilty pleasure is squeezing zits and blackheads (mostly my own), but if there are some on a person I'm really close to I'll get those too.

Parson James: You know I love "We're Not Really Strangers," the card game, and I came across a question the other day for the game that I thought would be perfect to ask you: What title would you give this chapter in your life?

JoJo: Best game to really get to know someone. Even someone you already think you really know! I would call this chapter, "Turmeric and Fearlessness."

Parson James: What's your favorite lyric in "Dirty laundry" and when is the last time you actually did yours?

JoJo: "I know we're struggling in different ways, but I'm a shelter I can keep you safe." It's so sweet and beautiful. And not you reading me... I need to throw in a big load soon as I get home.

Stream "Dirty Laundry" by Parson James and JoJo, below.