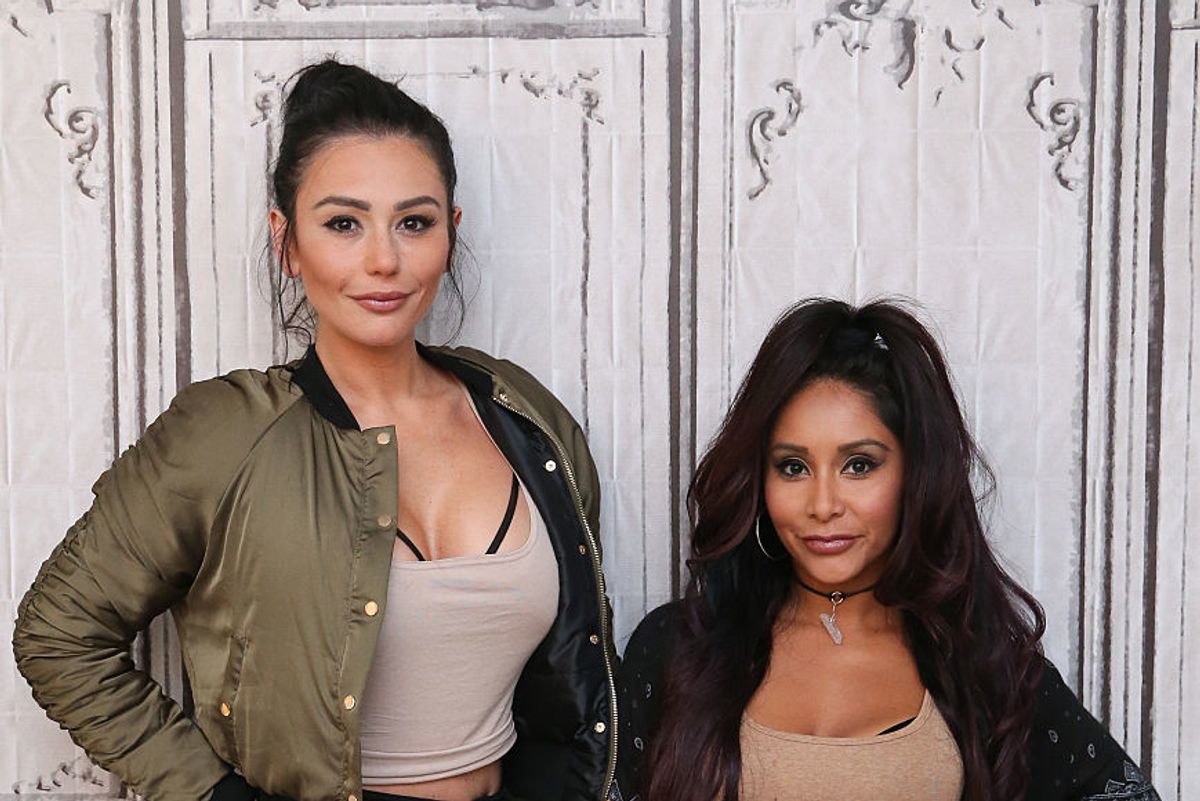 The Boozy Trailer for 'Jersey Shore Family Vacation' is Here

The world is much different place now than it was on 2009, when Jersey Shore first premiered on MTV. Obama had just become President, the Great Recession was in full swing, and Balloon Boy became Twitter's first shared frenzy. Much like Balloon Boy, Jersey Shore involved a lot of puking, although the latter was the result of highly drunken club nights caught on camera (with a lot of smashing). The show coined catchphrases, memes, and legendary reality television moments, like Snooki searching for the beach...on the beach.To say that Jersey Shore was a cultural moment is an understatement — it was a cultural Guido bomb that could only have existed in the dawn of social media, when people still had to tune into TV to catch the cast's latest antics. Those were the days!

Nine years later, and we're getting the sequel series we deserve. MTV got the original cast together, gravity-defying hair and all, for a reunion in Miami. Vinny Guadagnino, Deena Nicole Cortese, Nicole "Snooki" Polizzi, Jenni "JWOWW" Farley, Paul "DJ Pauly D" Delvecchio, Ronnie Ortiz-Magro, and Mike "The Situation" Sorrentino are back to bring us more tanning beds, more weight lifting, more Jager bomb-soaked laundry loads. They all look fantastic; the glow ups are real, although Ortiz-Magro notes that no one is necessarily any wiser. An evergreen quote if we ever heard one.

In the intervening time, some cast members have spawned their own mini-Guidos; the embattled Situation himself is hauled off to prison for tax fraud, a very washed-up Guido crime. JWOWW, who now has two kids, said that motherhood "makes me crazy." Ortiz-Magro is coping with his impending child; we're praying that he's ditched his abusive behavior. Vinny is still as smooth and brainy as we remember him. Are we stoked? Yes. Do we need this? Hell no. Will we watch this as religiously as we watch Desus & Mero? You bet. Check out the trailer below. "Jersey Shore Family Vacation" premieres on MTV on April 5.