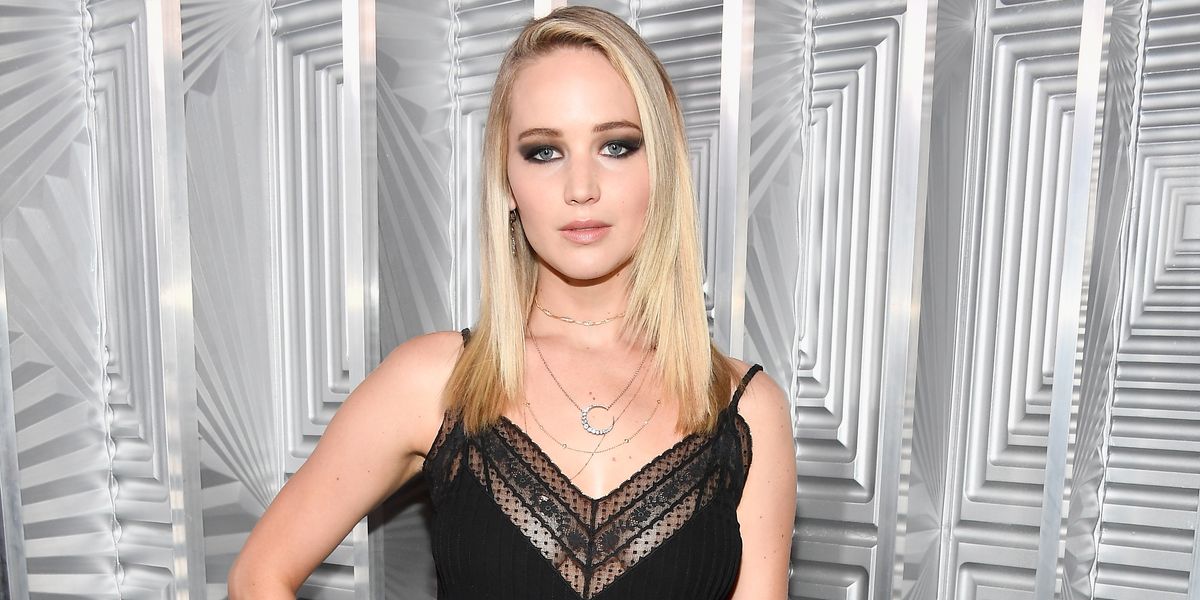 At Elle's Women in Hollywood event last night in Los Angeles, honoree Jennifer Lawrence shared a particularly horrifying story of power abuse and harassment that happened when she was "just getting started" in the industry.

Lawrence said she "told by producers of a film to lose 15 pounds in two weeks" and then was asked by a female producer to participate in a "nude line-up with about five women who were much, much, thinner than me."

She continued, "We stood side-by-side with only tape on covering our privates. After that degrading and humiliating line-up, the female producer told me I should use the naked photos of myself as inspiration for my diet."

Lawrence says she confronted another producer about what had happened, only to have him tell her he "didn't know why everyone thought [she] was so fat" and that she was "perfectly fuckable."

Lawrence concluded, "I let myself be treated a certain way because I felt I had to for my career. I'm still learning that I don't have to smile when a man makes me uncomfortable. Every human being should have the power to be treated with respect because they're human."

Lawrence wasn't the only actress to open up about bad experiences last night. Reese Witherspoon also spoke at the awards and shared an experience of being assaulted by a director at just sixteen-years-old, adding that agents and producers convinced her "that silence was a condition of [her] employment." Witherspoon said that she'd been feeling anxious and guilty for "not speaking up earlier," and that the incident was unfortunately not the last instance of abuse she experienced during her career.

She said, "I've had multiple experiences of harassment and sexual assault and I don't speak about them very often. But after hearing all the stories these past few days and hearing these brave women speak up tonight about things that we're kind of told to sweep under the rug and not to talk about, it's made me want to speak up and speak up loudly because I actually felt less alone this week than I have ever felt in my entire career."

Witherspoon and Lawrence are the latest in a long line of women to come forward with harrowing stories of harassment, abuse and assault at the hands of men in their profession.