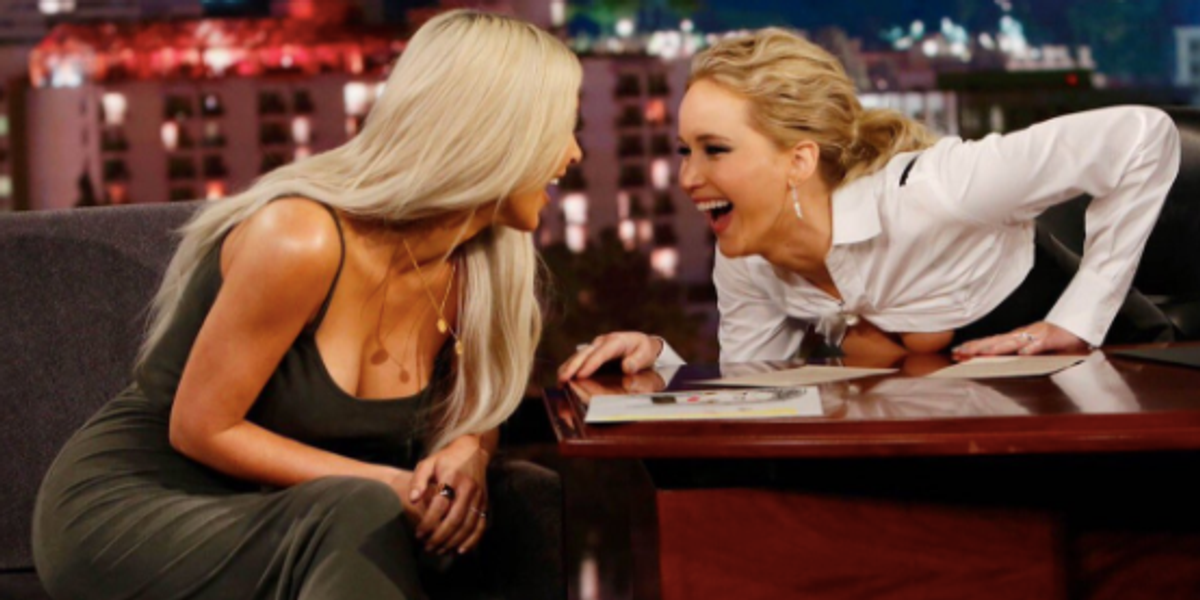 Jennifer Lawrence recently revealed that in between takes on the set of the very dark, very violent film Mother!, she retreated to a Kardashian-filled tent where she self-cared by zoning out with America's first family (whom among us?). It made perfect sense, then, that while stepping in for Jimmy Kimmel the actress would interview Kim Kardashian West herself for a segment of Very Important Things.

Lawrence and Kardashian talked about everything from Kim's famous hacking skills, what she and Kanye watch before bed ("Family Feud") and Kanye's penchant for napping in public. Asked to share the "weirdest" thing West does, Kardashian said, "He falls asleep anywhere. It's, like, we'll be at a meeting or he'll introduce me to people I've never met before, and we'll be at a restaurant and he'll be, like, snoring at the table. I'm, like, stuck to fend for myself." Honestly, same.

It doesn't get better than this! So much fun with Jennifer Lawrence! Tune into @JimmyKimmelLive tonight! pic.twitter.com/k4OszyIlzU
— Kim Kardashian West (@KimKardashian) November 3, 2017

Kardashian tip-toed gracefully around trickier topics like Blac Chyna (she demurred), O.J. Simpson (she said they haven't spoken in nearly a decade), and which of her ex-boyfriends is the craziest (Kardashian remained silent while Lawrence shouted, "Kris Humphries!") The two also chatted drunk Kris Jenner, Halloween and surrogacy.

Check out the full video below: