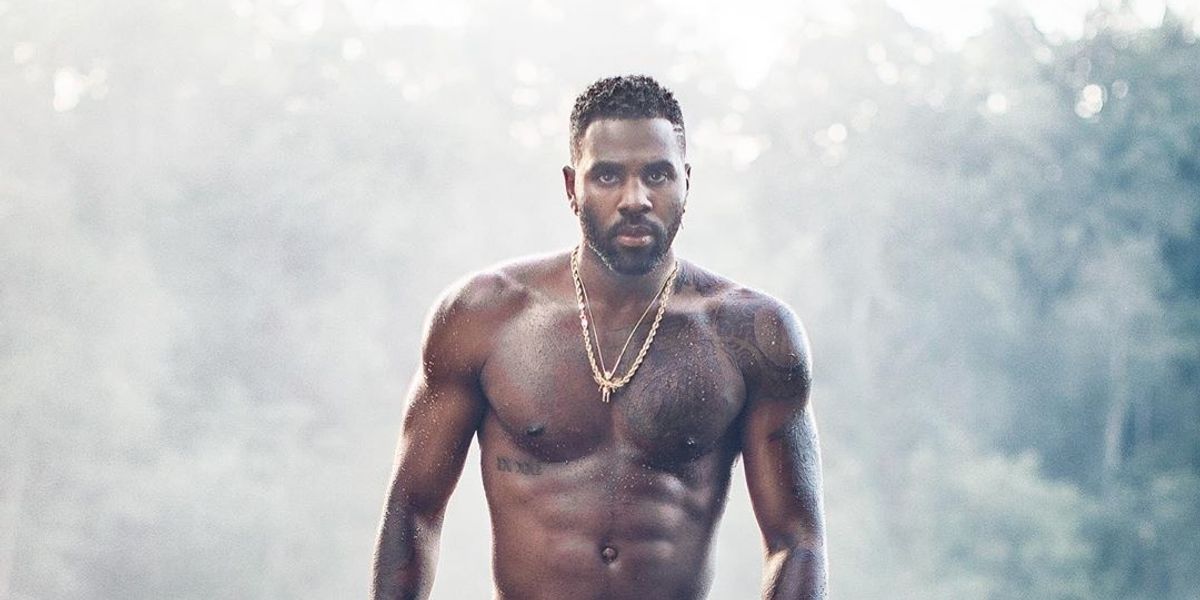 Jason Derulo did not Facetune his dick to look bigger, ladies and gentlemen. The musician has finally commented on a now-infamous recent Instagram post in which he appears shirtless and seemingly very well-endowed, wearing only tight black briefs and a couple gold chains. That bulge? It's real. He swears!

"It was in Bali," Derulo explained to TMZ when asked about the origins of the thirsty pic. "I honestly [didn't] feel like that was going to be my most liked picture when I woke up this morning. I posted the motherfucker very early. It was [a photo] from months ago. It was not even something that I just did." Understood, understood. We've all posted vacation latergrams.

When pressed further by TMZ, though, Derulo got defensive. "Photoshop? Photoshop? Don't make me [pull it out]," he said, when accused of digitally altering the image. "There's not enough women in this area. Just know that us Haitians, we look different." Working for TMZ seems stressful.

Anyone else terrified of what Derulo's furry body is going to look like in the upcoming Cats movie? Help.