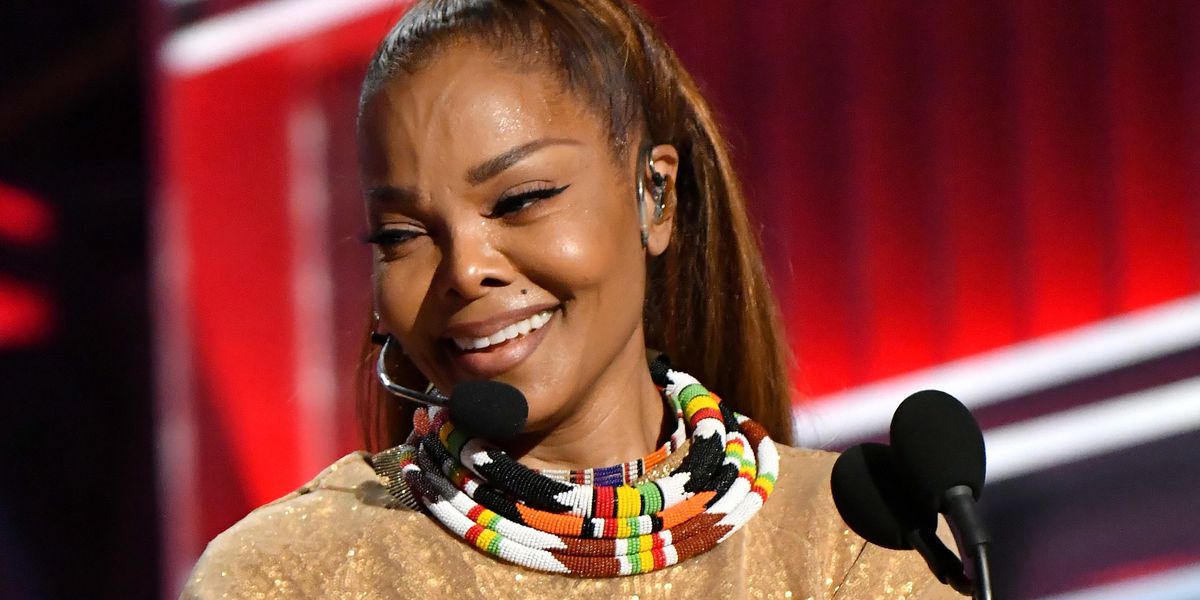 And it further lifts mental health stigmas for Black women and the rest of us, too.

It can be said that from the outside, Janet Jackson is on top of the world. She gave a tour-de-force performance at the Billboard Music Awards last month, and in addition to being instantly unforgettable, it served as an early-career retrospective of some of her most iconic songs, including "Nasty," "If," and "Throb."

During the ceremony, while accepting the prestigious Icon Award, Ms. Jackson-if-you're-nasty poignantly lent her voice to the #MeToo movement. Last year, at 50 years old, she gave birth to her first child, a moment that seems to have given her fulfilling happiness.

This month, Jackson has blessed us with an Essence cover, and an accompanying self-penned open letter to Black women. In the piece, she opens up about her struggles with depression and other mental health concerns. She writes:

"These were difficult years, when I struggled with depression. The struggle was intense. I could analyze the source of my depression forever. Low self-esteem might be rooted in childhood feelings of inferiority. It could relate to failing to meet impossibly high standards. And of course there are always the societal issues of racism and sexism. Put it all together and depression is a tenacious and scary condition. Thankfully, I found my way way through it…"

This wasn't the first time Jackson has opened up about depression however. She wrote a self-help memoir, 2011's True You, in which she said low self-esteem later contributed to mental health issues in adulthood that also affected her weight. In Essence, Jackson also wrote that she didn't like the way she looked as a child, and was happiest as a teen when pleasing others and "not myself."

In light of the news around recent suicides of high-profile figures such as Kate Spade and Anthony Bourdain, Jackson's letter couldn't be more timely. Along with people like Mariah Carey, who just a few months ago, revealed that she'd been living with a bipolar diagnosis, but found therapy and medication to be helpful, Jackson joins a list of celebrities who are using their platforms and their truths to make light from shadows. Stepping forward about mental health struggles is hard enough, but doing so publicly undoubtedly lifts the veil for a society where stigma around such concerns is still crippling.

Related: Hayley Williams on Mental Health: 'I Didn't Laugh For a Long Time'

It is worth noting, that while of course Janet Jackson's revelations of her own struggles make it safer for those of us living with mental health issues to seek necessary help and treatment , they are particularly powerful for Black women. Combined with other African-Americans, Black women are 20% more likely to experience serious mental health problems than the general population, according to the Health and Human Services Office of Minority Health. Additionally, considerations of societal stigma and distrust in the medical system are fueled by factors such as misdiagnosis, spiritual beliefs and socioeconomic barriers, like ease and access to obtaining health insurance.

According to the National Alliance on Mental Illness, this means that only a quarter of African-Americans ultimately seek and find mental health care, compared to 40% of white people seeking similar resources who don't face the same barriers. Janet Jackson might know this already, but her speaking out has to power to help tip the scales toward a more equitable future, erasing the color lines so that all who need mental health services can more easily and readily find them.