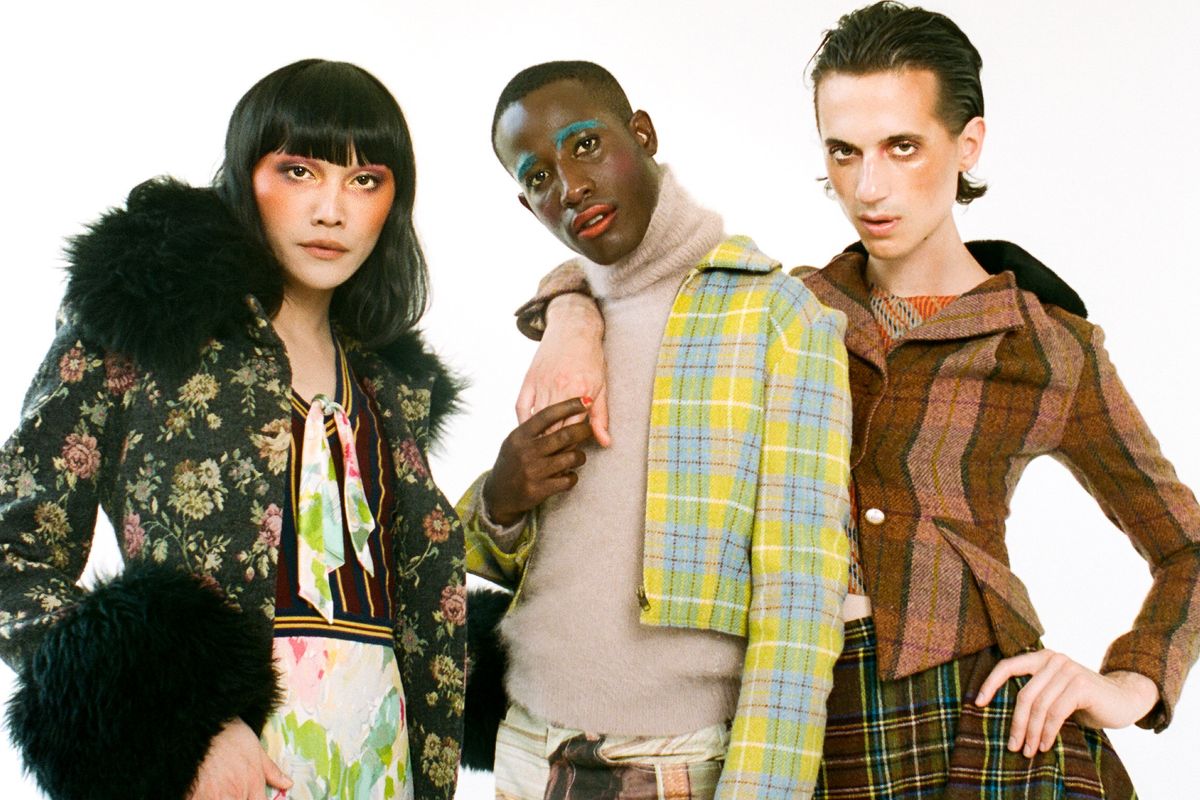 James Veloria, the best vintage store in New York, has teamed up with Opening Ceremony for an October pop-up at the boutique's SoHo location. It's the fifth time that JV owners Colin James Weber and Brandon Veloria Giordano have worked with the retail juggernaut — they've previously sold vintage collections at OC featuring archival garments from Jean Paul Gaultier, Miu Miu and Prada Sport, Tom Ford's Gucci, and clothing curated around the Costume Institute's "Camp: Notes on Fashion" exhibition at the Met. This time, Weber and Giordano went for a British Invasion theme. The pop-up includes rare pieces from what they call the "British Holy Trinity:" Vivienne Westwood, John Galliano, and Alexander McQueen. Pip pip.

James Veloria, located on the second floor of a Chinatown mall, is a magical space, one filled with all the JPG mesh you could ever dream of. It's packed with treasures – current offerings include everything from Nicolas Ghesquiére-era Balenciaga to Todd Oldham suiting to gloriously demented mid-2000s Comme des Garçons. But the store is teensy, and working with Opening Ceremony gives Weber and Giordano the opportunity to literally branch out.

"We started working with OC a little over a year ago, but [Humberto Leon] has been a customer of ours since the beginning of JV," Giordano wrote in an email. "It's been such a fun and easy relationship. They really give us so much freedom to do what we want in a large beautiful retail space. We love our store in the mall, but there are some things that we just don't have the space for – like house a 150-200 piece designer collection and create a world around it."

"After doing a clean minimal sportswear theme with Prada Sport and sleek sexy Tom Ford-era Gucci, we were interested in moving toward something more romantic and feminine and soft," wrote Giordano. "There's something subversive about wearing a ruffle or a giant silk bow right now."

"When we saw the Camp exhibit at the Met we found ourselves drawn to the ornate, over-the-top period-inspired Westwood and Galliano pieces in the collection and started to think about how you never really see large collections of their work, at least in the US," he added. "And adding McQueen in brought a darker take on the romantic theme that we'd never really explored before."

The pop-up runs through the end of October at Opening Ceremony's Howard Street location. Get it while it's hot.