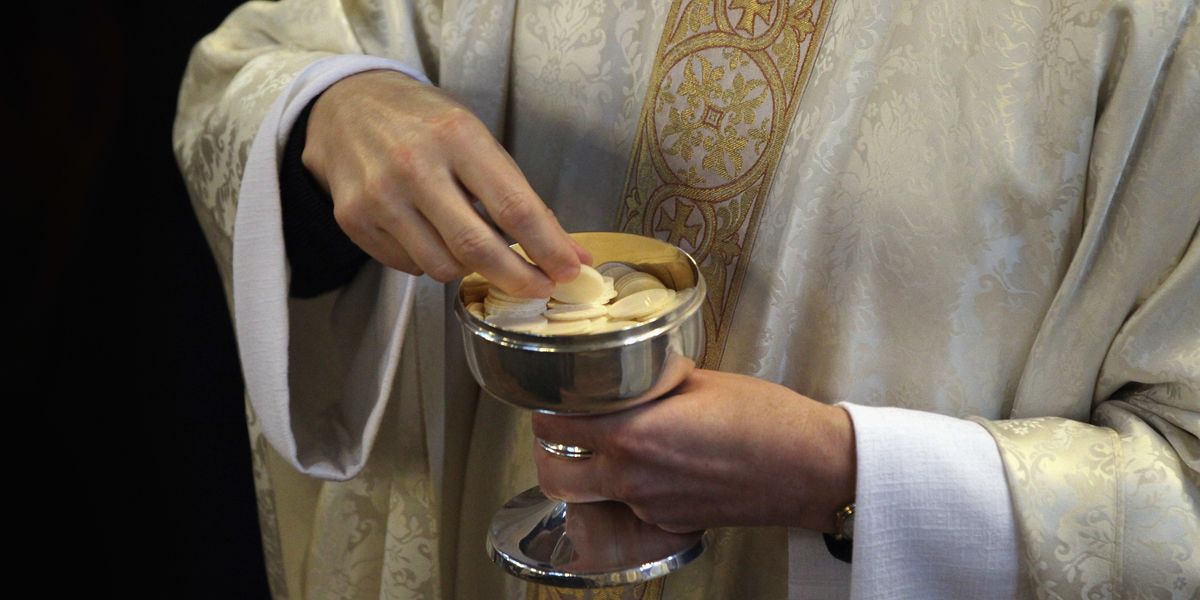 For those of you living under rocks or on social media cleanses for the last 24 hours, the Met Gala's theme last night was "Heavenly Bodies." The accompanying exhibition at the Metropolitan Museum of Art will, "examine fashion's ongoing engagement with the devotional practices and traditions of Catholicism."

The red carpet at last night's gala was decorated with headpieces, wings, Joan of Arc references, and the appearance of our new pope. It was also quite the event for James Martin, a literal priest and editor at large at America Magazine who attended last night.

Last night, Martin attended the Met Gala in his traditional priest's clothing, and tweeted that he got a number of compliments on his "costume." He was told he was the best dressed person there, and even complimented on his "sexy priest" outfit. Martin clarified in a second tweet that all the quotes he mentioned were real, writing, "Those are verbatim."

Martin served as a consultant for The Met's head Costume Institute curator Andrew Bolton. He told The Los Angeles Times that Bolton and his team were extremely well prepared to curate the exhibit, saying, "I was so impressed with Andrew Bolton and his team. They were tremendous. Highly intelligent, sensitive, thoughtful, well-read — you couldn't ask for a better person to curate this, truly. I speak to him and sometimes it's like speaking to a theologian. He's read up on Catholic teaching. He understands theology as beauty."