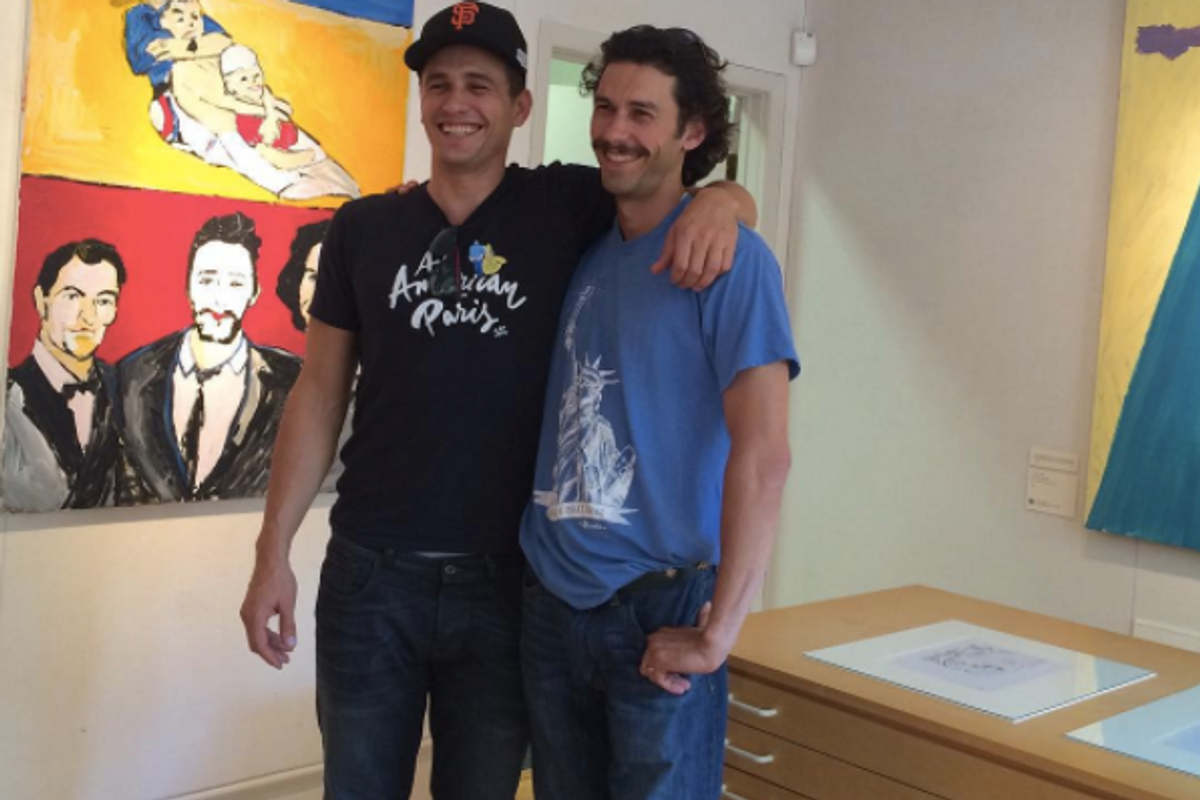 Are Your Ready for Another James Franco Art Show?

James Franco and his lesser-known brother, artist Tom Franco, are putting on an art show together at the Ceramics Research Center at the Arizona State University Art Museum. The show, called, "Pipe Brothers: Tom and James Franco," will feature enormous painted ceramic sewer pipes that the brothers created from vitrified clay.

Tom said working in Arizona was a challenging experience, as not only is the weather in the state extremely hot, but he and other artists involved had to work in a sauna-like room flooded with water to keep the clay from drying too quickly. "We would just sweat all day long, doing 12- to 16-hour days on our feet. It gets pretty intense," Tom told the State Press.

Tom had to go it alone in that regard, though, as James was not actually on site to work with him. Unable to travel to Arizona (likely due to his many other commitments), James sent the specifications for the two pieces he designed and had them made by other artists.

"Pipe Brothers: Tom and James Franco" is on view at Arizona State from June 17–September 23, 2017, and will travel to different venues before eventually becoming public art.