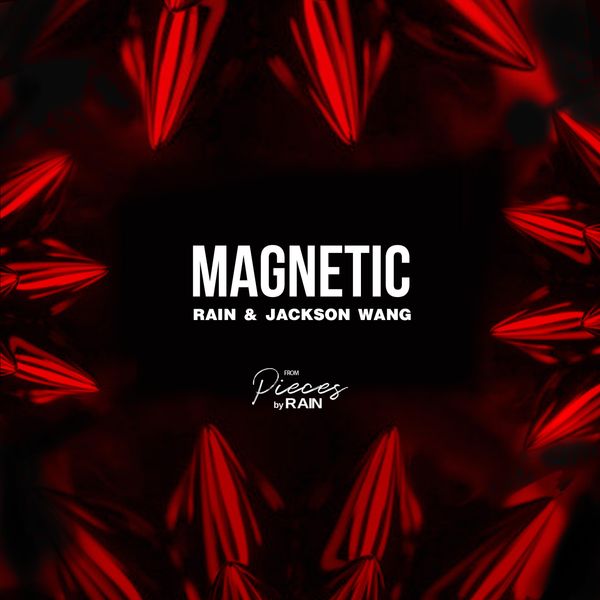 Earlier this month, K-pop icons Rain and Jackson Wang dropped their collab, "Magnetic," and it's an absolute bop that fans around the world have already played a million times over. The song is part of Rain's Pieces EP, the legendary star's first release in four years. It's also Jackson's first big musical release since his group GOT7 left label JYP Entertainment.

"Magnetic is one of many releases this year, where I hope to show more of who I am and what TEAM WANG is about," Jackson told PAPER in a statement. "In addition to writing and producing the song, I also wrote the script and directed the music video with TEAM WANG production."

The "Magnetic" video makes the song even more unforgettable, with both Rain and Jackson coming to life from portraits, and then moving smoothly through an art gallery as everyone else is frozen in time. "I wanted to create a play between stillness and continuous movement, while spotlighting both mine and Rain's energy," Jackson explained. As you watch the black-and-white video, it feels as though you're in on the secret, as you sashay through the space with the two artists.

The project is also something that Jackson describes as a "full circle" moment. Jackson was signed as a trainee at JYP almost 10 years ago, and at the time Rain was one of the label's biggest acts. So having this single with someone that he's always admired shows just how much he's grown as an artist.

Though this is for Rain's EP, Jackson really made sure to also put his stamp on this collab. He told PAPER, "I feel the need to be deeply involved with my artistry, because each moment created is a piece of me and TEAM WANG."

This year so far, he and TEAM WANG already had a huge launch for The Velvet, the second line for his fashion brand, TEAM WANG Design. And there's still more music to come. Watch the "Magnetic" music video, below.