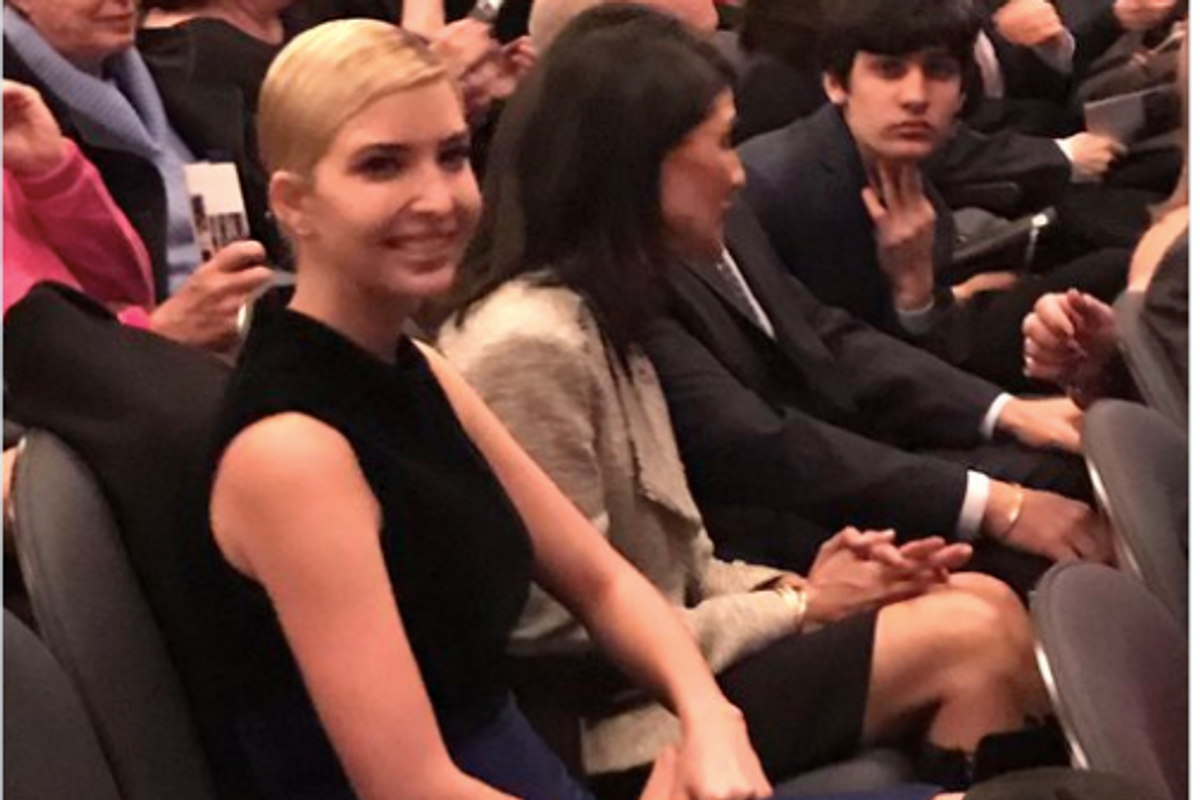 In what we can only hope was some sort of sexy Canadian espionage, Canadian Prime Minister Justin Trudeau and first daughter Ivanka Trump were both spotted at the theater in New York last night for Come From Away, a musical about Canadians helping out Americans in the aftermath of 9/11.

America's Tumblr boyfriend and the mid-range jewelry saleswoman arrived in the same motorcade, but not the same car. A source tell us they sat in the same row, but not right next to each other.

It's not the first time Ivanka and Trudeau have been accused of enjoying each other's company, and though her father's new budget proposes completely cutting the National Endowment for the Arts, Ivanka looked super happy to be in the safe space of the theater and not in Washington D.C.


Trudeau even took the stage to welcome everyone to the show.

The young politician spoke about friendship, citing the relationship between the United States and Canada as a source of comfort when things get tough:

There is no relationship like the friendship between Canada and the United States...And this story, this amazing show is very much about that...When we think about our friends, we think about the people we like to kick back with after a hard day at the office, who we want to see on the weekend and go camping or golfing with, people you want to catch up for your birthdays and mark milestones, these are your friends. But that's not actually what friendship is about. Our friends are there for those tough times, when you lose a parent or a loved one, when you get knocked off your path or a difficult moment in your life. Where you go through difficult times, that's when you turn and you lean on your friends. And we're there for each other. That's what this story is all about. Being there for each other, being open, being engaged and knowing that drawing together through dark times is what is very best about the human spirit.