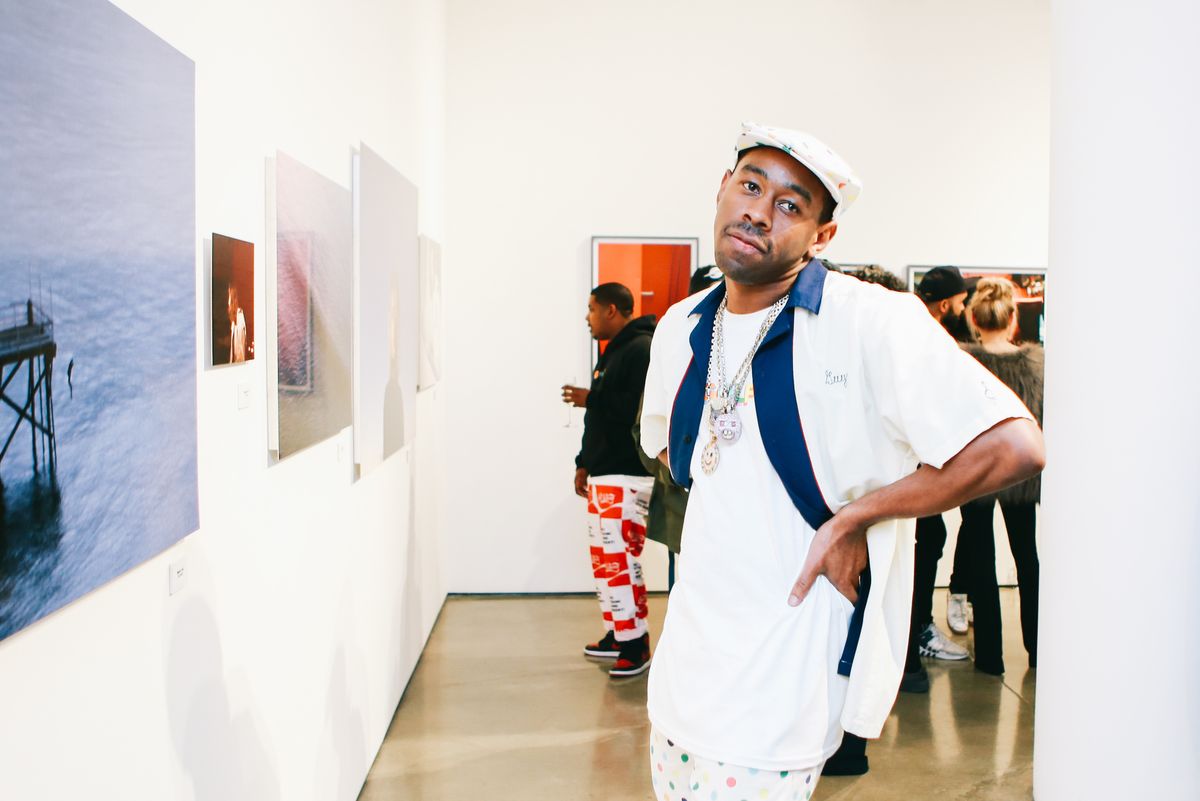 Is Tyler, the Creator Coming Out?

Tyler, the Creator is a reliably controversial figure for the LGBT community, to say it mildly. But how could he not be? The rapper uses the derogatory "f" word on a regular basis in his music, but also claims to be uber-supportive of the LGBT community and has joked about coming out in the past via his Twitter. Now, the Internet is speculating how much of a joke these "coming out" tweets actually are after his new album, the questionably titled Scum Fuck Flower Boy, leaked on the Internet.

On the track, "I Ain't Got Time!," Tyler spits, "Next line will have 'em like 'Whoa' / I been kissing white boys since 2004," the most direct suggestion on the album that the rapper is indeed gay (and has a type). But more potential revelations come courtesy of his collaboration with Estelle (writer of "American Boy," one of the best songs ever), "Garden Shed," where multiple lines could be analyzed as Tyler speaking about his experiences grappling with his sexuality.

As annotators from Genius point out, the line "Garden shed for the garcons / Them feelings I was guarding" uses "garden" as a metaphor for "the closet," itself the most classic metaphor for hiding one's sexuality. The French word "garçons" also translates to "boys" in English. If Tyler's intention was to disguise his lyrics to where we wouldn't figure out its true meaning, he failed.

In another line, he compares himself to fellow Odd Future member Frank Ocean, who came out as bisexual in 2012, and said "it's still going on." Tyler famously responded to Frank's coming out by tweeting "My Big Brother Finally Fucking Did That. Proud Of That N***a Cause I Know That S**t Is Difficult Or Whatever. Anyway. Im A Toilet."

If those lines weren't enough evidence, the rapper also speaks about forbidden love and hiding relationships on "Garden Shed," two common experiences and feelings often associated with the coming out process. If Tyler was indeed gay, it would be another classic case where homophobia simply acts a shield to disguise one's true sexuality, and would help to understand his over-reliance on gay slurs in the past. Should rampant Internet speculation turn out accurate, then congrats to Tyler, but please lay off the slurs, would you?