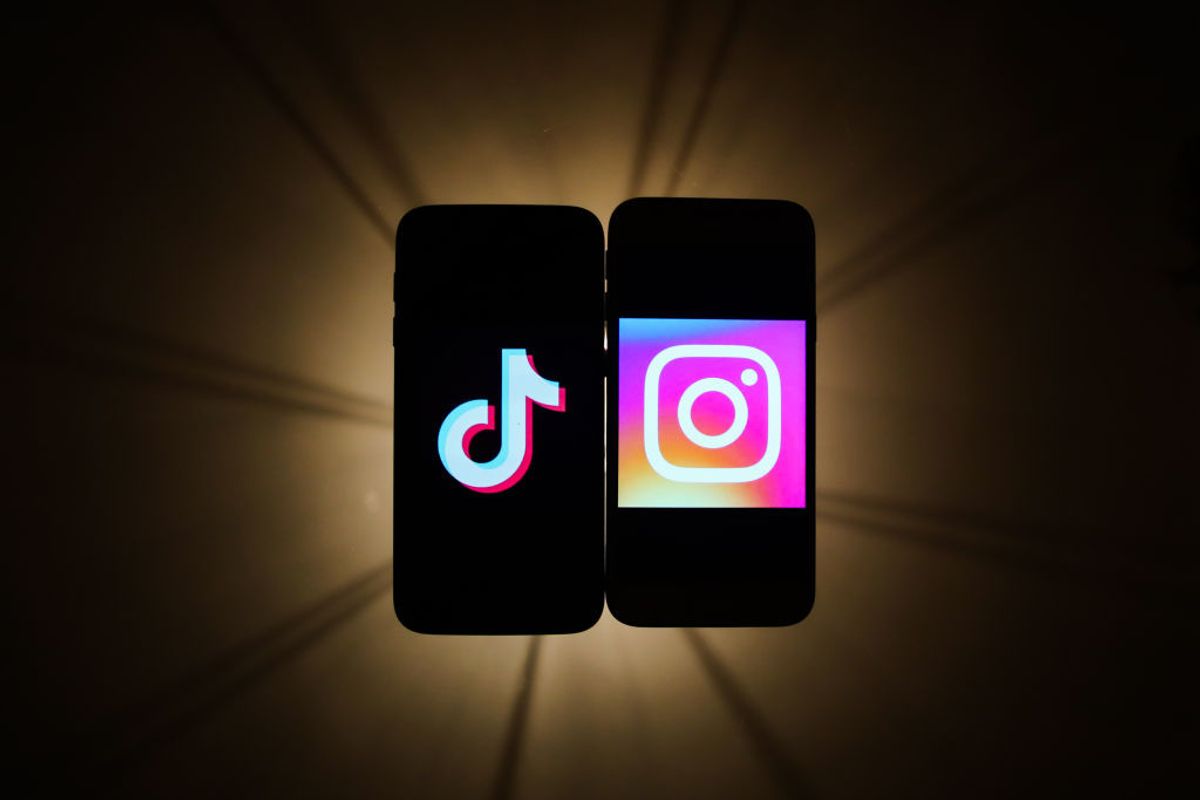 Over the past month, teens of America have faced a terrifying, TikTok-free future. Or, more likely, a future in which they start filming dance challenges on Instagram's rival lip-syncing app (the stupidly-named "Reels") instead. You think it could never happen, but remember when we all switched from Snapchat to Stories?

The villain behind all this is Trump, obviously. The President, not exactly a fan of China, followed through on numerous threats last week by issuing an executive order banning TikTok (currently owned by Beijing-based company ByteDance) from the United States, unless it finds an American buyer within 45 days. He also banned WeChat. Microsoft has expressed interest in acquiring TikTok, but it's far from a done deal. Now, NPR sources say TikTok is planning a lawsuit.

Trump cited "national security reasons" when issuing the order, although it's honestly more likely that he sees the app as a threat to his re-election campaign. TikTok organizers bought up tickets to Trump's humiliating Tulsa rally in June, setting crowd expectations high then leaving most seats empty.

But that's not to say TikTok (like all of our favorite social channels, most of which are based in California) doesn't come with user privacy concerns. Let's take a closer look at the potential TikTok ban, Reels, and why any of this is happening.

Is TikTok a dangerous foreign agent?

Think about how much personal info and tracking data is stored in your smartphone. You don't want that getting into the wrong hands, and neither does the US government. For that reason, government workers, election campaigners and members of the military have been instructed to delete the TikTok app from their devices.

But the CIA says that while TikTok user data could be acquired by Chinese intelligence agencies in theory, there's no evidence of this actually happening. It does seem unlikely that the Chinese Communist Party cares that much about dance challenges. The US Senate intelligence committee has acknowledged that TikTok is a potential national security problem, but that it pales in comparison to bigger threats, like the Chinese telecommunications firm Huawei, the world's biggest smartphone manufacturer. (Weirdly, Trump seems to be a fan of Huawei.)

Could TikTok actually be banned?

Trump's TikTok "ban" is actually a lot more vague than that. The executive order prohibits "transactions" between TikTok and the United States, which is kind of confusing, and has not been explained further. It's possible that the app would disappear from the app store, but existing users might be able to stay logged in if they've already downloaded it. The government will hopefully issue more clarification as the 45-day countdown continues. There are likely numerous legal challenges ahead as TikTok gets pushed out of the US market: the ACLU has already raised questions around whether banning users from interacting with it could clash with freedom of speech laws.

Who could buy TikTok?

Microsoft has emerged as a possible buyer for TikTok, and a handover from ByteDance would assure the app's legal status in the United States. The purchase would be a first for the tech giant, which has historically struggled to enter the social media arena. It's a good match: the company that buys TikTok will need a tech background, given how much user data and code is involved. And also a lot of money, which Microsoft obviously has. So far, the talks are still being described as preliminary, so who knows what will happen.

Twitter is reportedly also interested, although it's considerably less solvent. Apple has stated that it won't make a bid for TikTok, and Facebook, arguably the company most threatened by the app's extreme popularity amongst teens, doesn't need to. It already has the copycat feature Reels, which we'll get to in a minute.

Trump has also alluded to the US getting a cut of the sale if/when it happens, but there's no historical precedent for that.

What do TikTokers think?

The #savetiktok hashtag has 953.6M views and counting. Most users didn't take Trump's threats seriously until this past weekend... mainly because the whole point of TikTok is not taking shit seriously. Most of the app's big influencers are yet to issue any comment, but maybe that will change in coming days, especially if ByteDance really does go ahead and file that lawsuit.

Is 'Reels' any good?

Reels seems... fine. There's no question: it's definitely a rip-off of TikTok, and the timing of the US launch (Reels appeared just as Trump issued the executive order) is cheeky. But what Reels lacks is TikTok's "For You" page, which is powered by a complex algorithm that delivers ultra-specific content to each user according to their tastes. Most true TikTok heads know that this, rather than the short-form lip sync music video format, is the app's true appeal. Of course, Instagram has "Explore," but Reels are currently appearing there alongside normal grid posts. Which means they get somewhat lost in the mix. Logically, existing Instagram users might experiment a bit with Reels, but it will be harder to force people to migrate over and make brand new Instagram accounts just to make videos.

It's hard to predict what will happen. The Stories v Snapchat wars, littered with little yellow ghost corpses, proved that Instagram knows how to keep its user base locked into a single interface rather than turning to third party apps for video content. But not everything Instagram touches turns to gold: while Stories rule, I've literally never used Instagram TV. Have you?