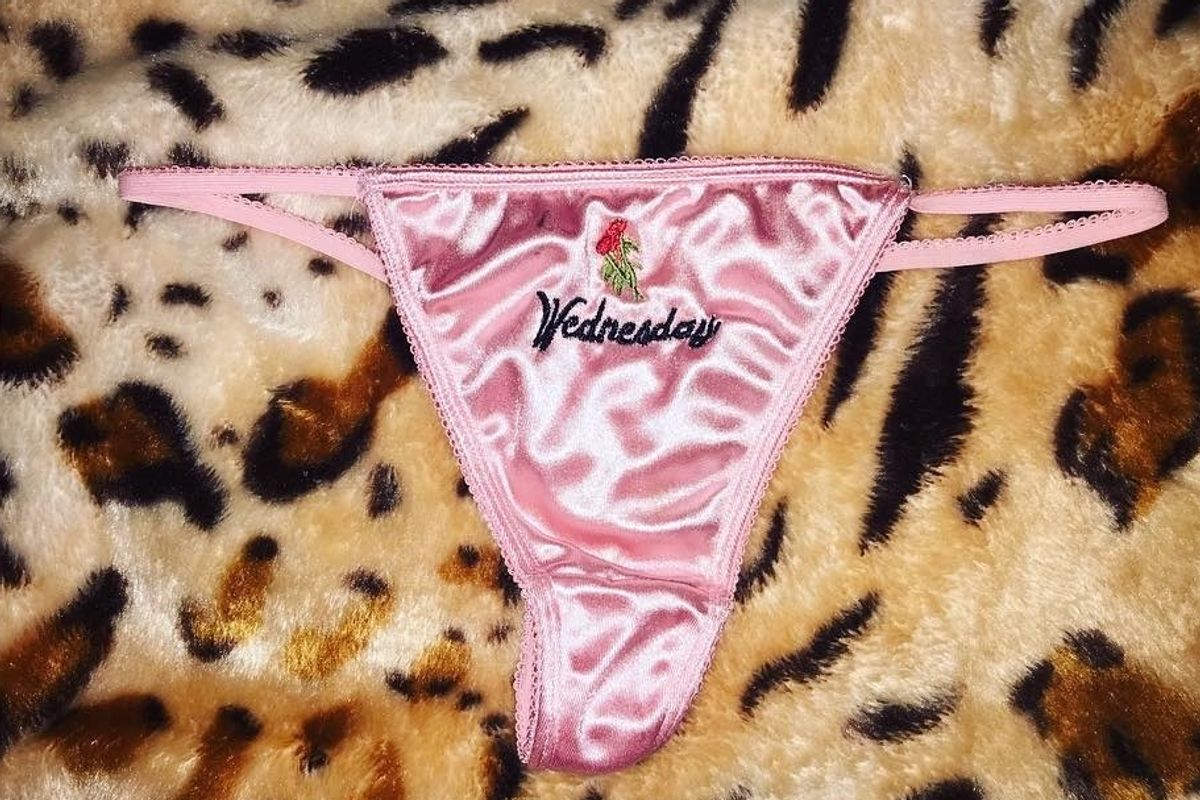 A rape case in Ireland, in which a 17-year-old's thong was taken as proof of her consent to sex with a 27-year-old man that she claimed raped her, has ignited protests across the country and online.

The man was declared not guilty after his lawyer presented the underwear that the teenage girl, who accused him of raping her in a lane in Cork, wore on the night of the alleged assault, according to the Irish Examiner. His counsel, Elizabeth O'Connell, suggested that the style of the girl's underwear confirmed that she willingly had sex: "You have to look at the way she was dressed," emphasizing that the alleged victim was "wearing a thong with a lace front."

The plaintiff claimed that she was "quite clear she did not consent. She said she never had sexual intercourse before."

Furious about the victim blaming and slut shaming implicit in the court's decision, Irish feminists have taken to posting photos of their laciest, sheerest, smallest, and most scandalous thongs on social media with the hashtag #ThisIsNotConsent, to emphasize that there is nothing someone can wear that can indicate consent.

Users from across Europe are participating in the social media movement, started by Mná na hÉireann and I Believe Her Ireland, whose black and purple flowery thong in particular has become a symbol.

Offline, protests have been organized in Cork, where protestors placed panties on the city courthouse's steps, as well as Limerick and Dublin.

Protesters place underwear on the steps of the courthouse in #Cork city during #thisisnotconsent protest https://t.co/pY4Dk9dIc8
— Fiona Corcoran (@Fiona Corcoran)1542203110.0

Irish Parliament-member Ruth Coppinger showed up to work yesterday, and took the floor holding up a pair of panties. She told her colleagues: "It might seem embarrassing to show a pair of thongs here, but the reason I'm doing it is because, how do you think a rape victim or a woman feels at the incongruous setting of her underwear being shown in a court?"

WATCH: Ruth Coppinger has held up a thong in the Dáil, to highlight comments in a recent court case:… https://t.co/FZgt5cEwso
— NewstalkFM (@NewstalkFM)1542123046.0

The viral symbol is powerful beyond simply insisting that women have the right to wear whatever they want -- the movement is also meant to protest the way personal details can be brought into the courtroom. An I Believe Her Ireland spokesperson told Dazed:

"Irrespective of the other evidence, or whether the thong comment swayed the jury, no item of the complainant's clothing implied consent, and therefore it should not have been discussed as evidence," they said, adding "What's upsetting is that barristers do this because they feel it works, and that juries will be swayed by it. If a jury is a representative sample of the population, then it's clear we have some work to do to dispel this archaic myth that clothing invites rape."