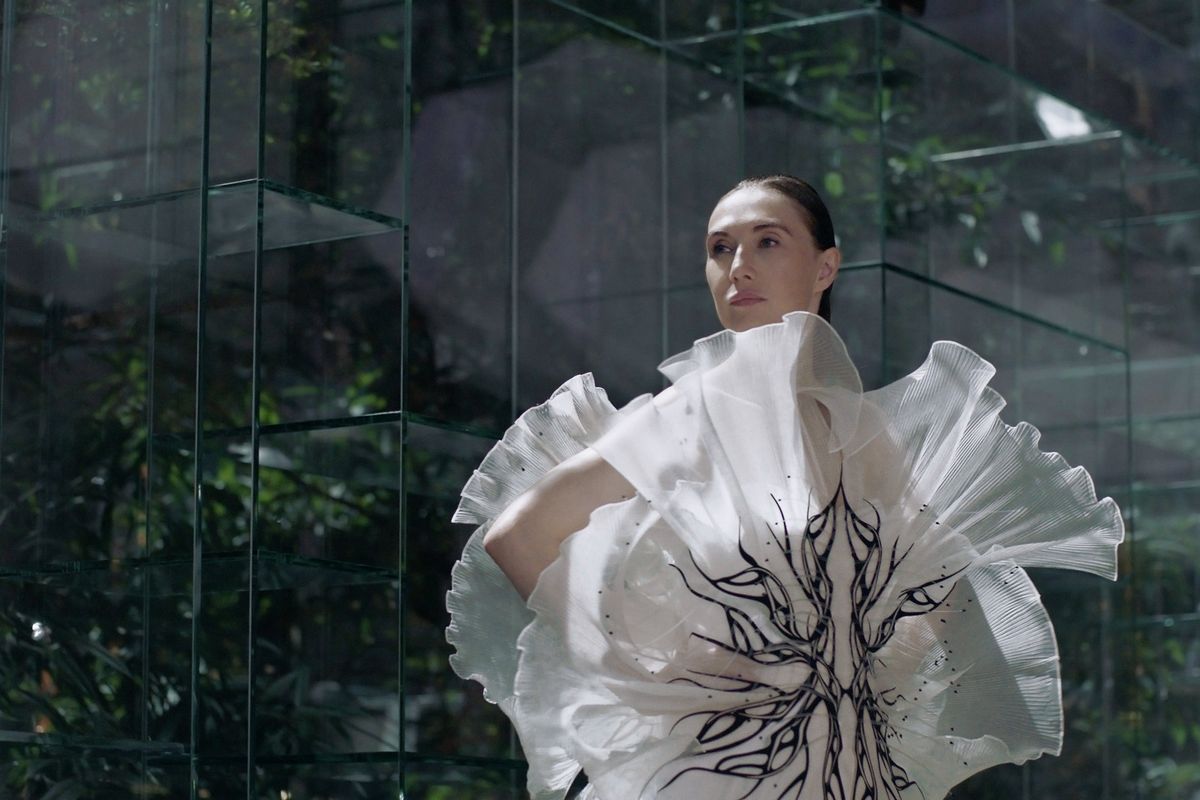 For many of us, one of the last times actress Carice van Houten graced our screens was when her character Melisandre, aka the Red Woman, collapsed into a cloud of dust in the final season of Game of Thrones.

So it was a real treat this morning when we got to see her in full costume again, though this time in the role of fashion muse. To coincide with the start of Paris' first digital Haute Couture Week, Dutch designer Iris van Herpen tapped her to star in a new short film titled Transmotion.

Rather than create an entire collection, Herpen designed just one look and made it the centerpiece of the film. Much like her GoT role, Houten portrays a strong, ethereal character as she shows off the couture confection: a diaphanous bloom of white silk organza with undulated pleated layers, filament strands with black crystal seeds and black satin branches growing from the center.

The video and dress of the same name were inspired by the illusionary style of Dutch graphic artist Maurits Cornelis Escher. "It is about birth and growth and formation," Herpen told the New York Times. "I wanted to express the experience of these last months without being literal, and symbolize the new beginning of things."

Though both women live in Amsterdam, the two had never met prior to this project. In fact, Herpen had never even seen Game of Thrones, instead she knew of the actress from the film Black Book. "I wore one of Iris' dresses once on a fashion shoot for Dutch Harper's Bazaar, and I remember thinking, Oh wow, this is something completely different,'" Houten told the NYT.

"When I do photo shoots for magazines, I often feel like I am wearing clothes that have nothing to do with me," she continued. "I love fashion, but the fashion world is a bit scary."

She added that her fellow GoT co-star Gwendoline Christie (who's made many best-dressed lists in Iris van Herpen from past red carpets) had worked with the designer on previous occasions, which made it "extra cool."

See, below, for the full Transmotion video.